Dreaming of Millinery: My Hat Collection 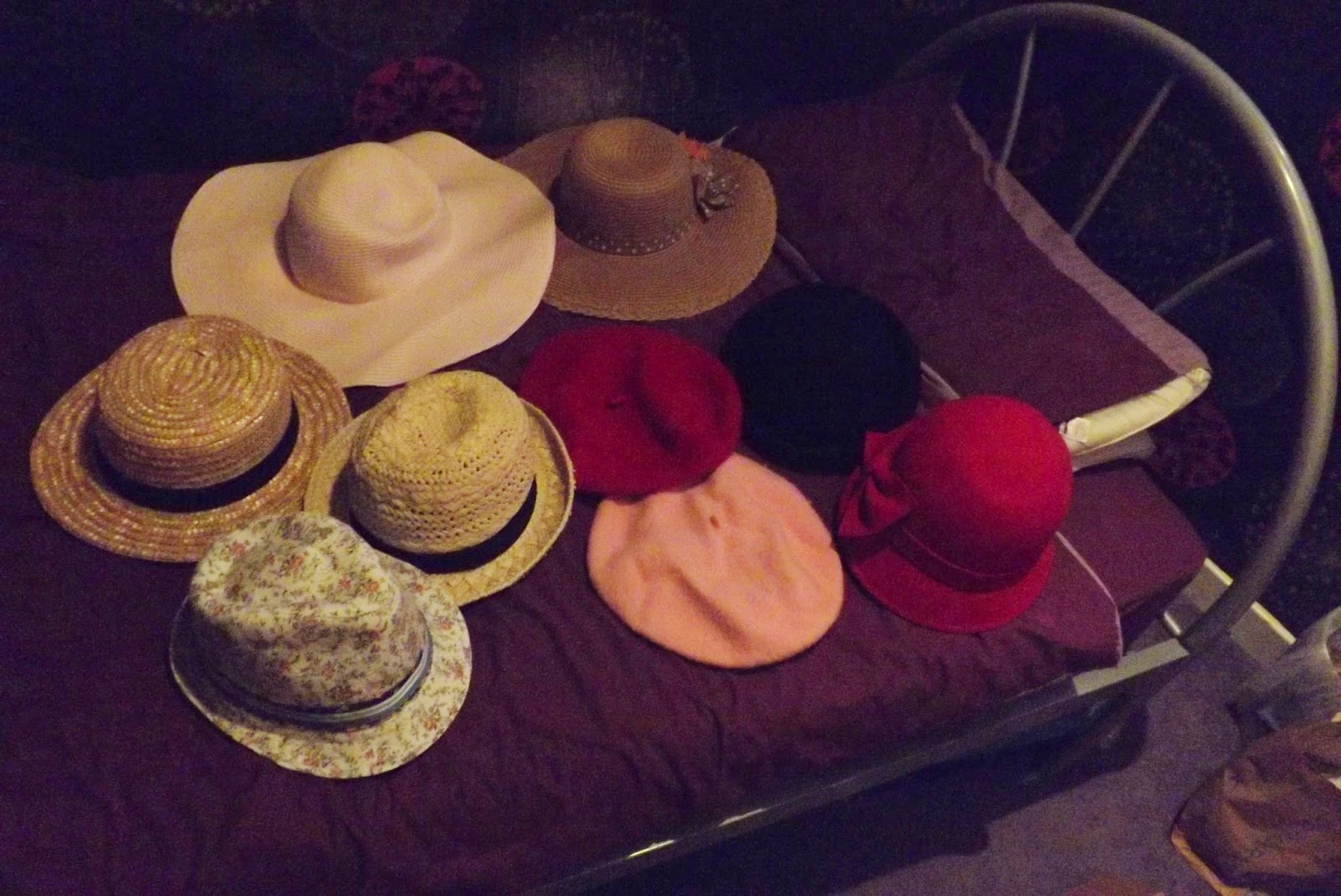 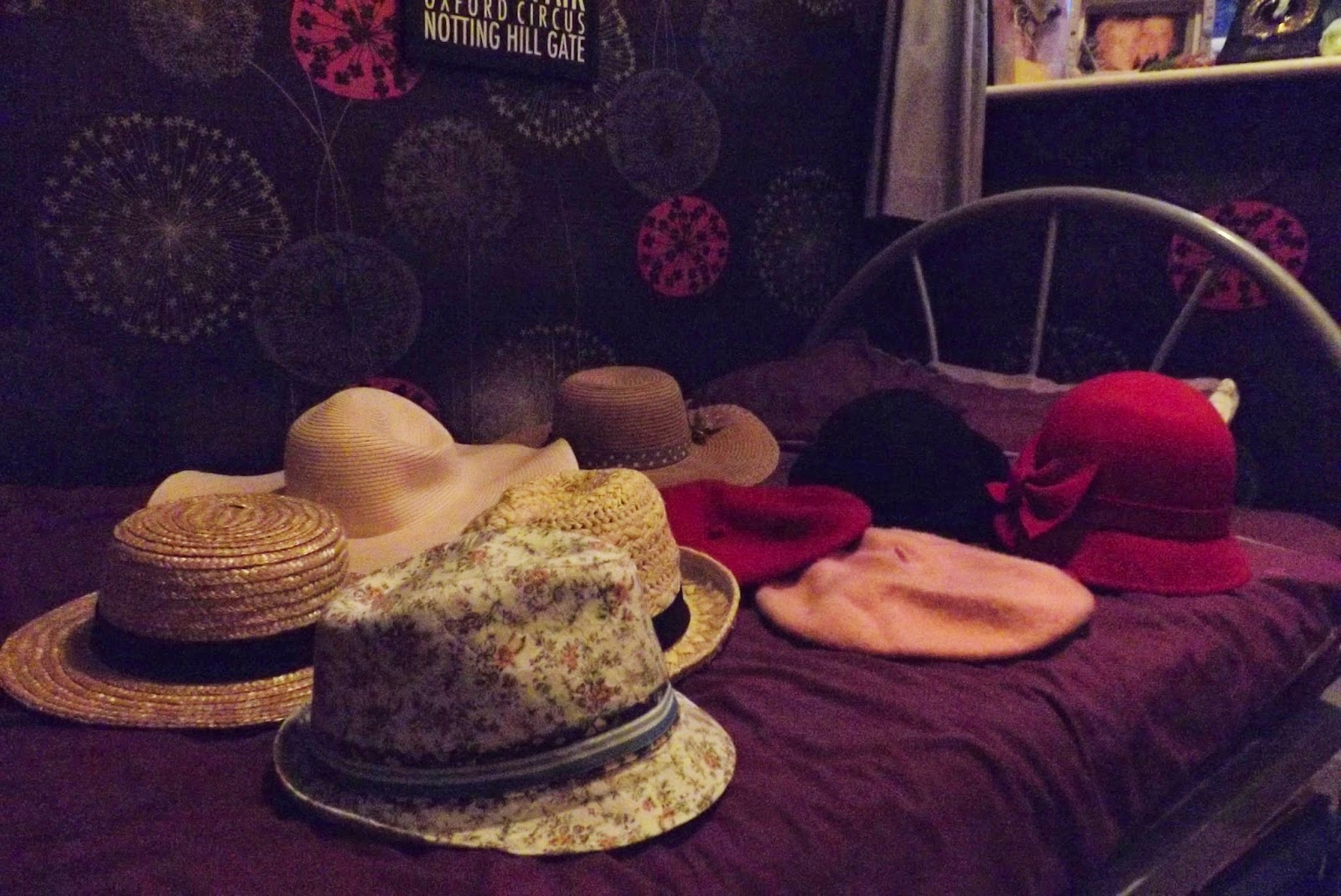 I think it's safe to say I'm a big fan of hats. I've always loved them, ever since I went to what used to be a hat factory in the town where I live (it's now a museum and flats...) and we got to try on all the hats, and pretend to make felt hats, and generally dress up and have a great time. So yeah, that's what started my love of hats. Now, every time I have a bit of spare money, I'll have a look to see what hats are around, and, more often than not, I'll buy one. And what with the colder weather that's on its way, there's no better way to keep your head warm than with a hat. With that in mind, I thought I'd show you the hats I currently own. 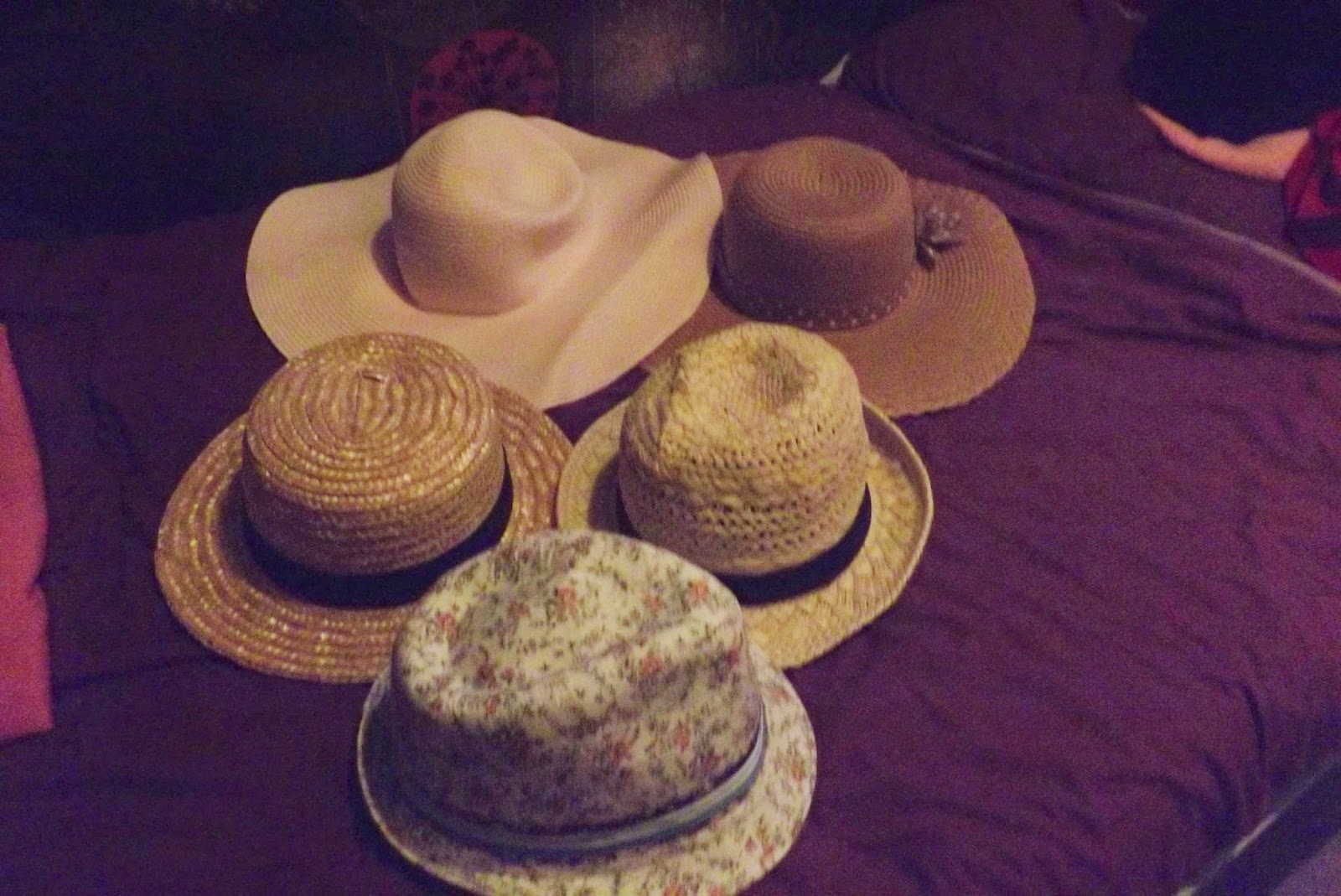 Right now I own a little variety of summer hats: two trilbys, two big floppy hats and a boater. These hats have come from a variety of different places, so, clockwise from top left: Forever 21, a gift from Lee's parents, Topshop, Primark, eBay.

I actually only started wearing floppy hats this year; before then I was a strictly trilby girl in the Summer. Then, on a trip to Forever 21, I saw this big pink one. I instantly fell in love, my inner Olivia took over, and I bought it! The boater was also an impulse purchase on eBay. It's a bit too big though, so I think I need to invest in a new one next year. 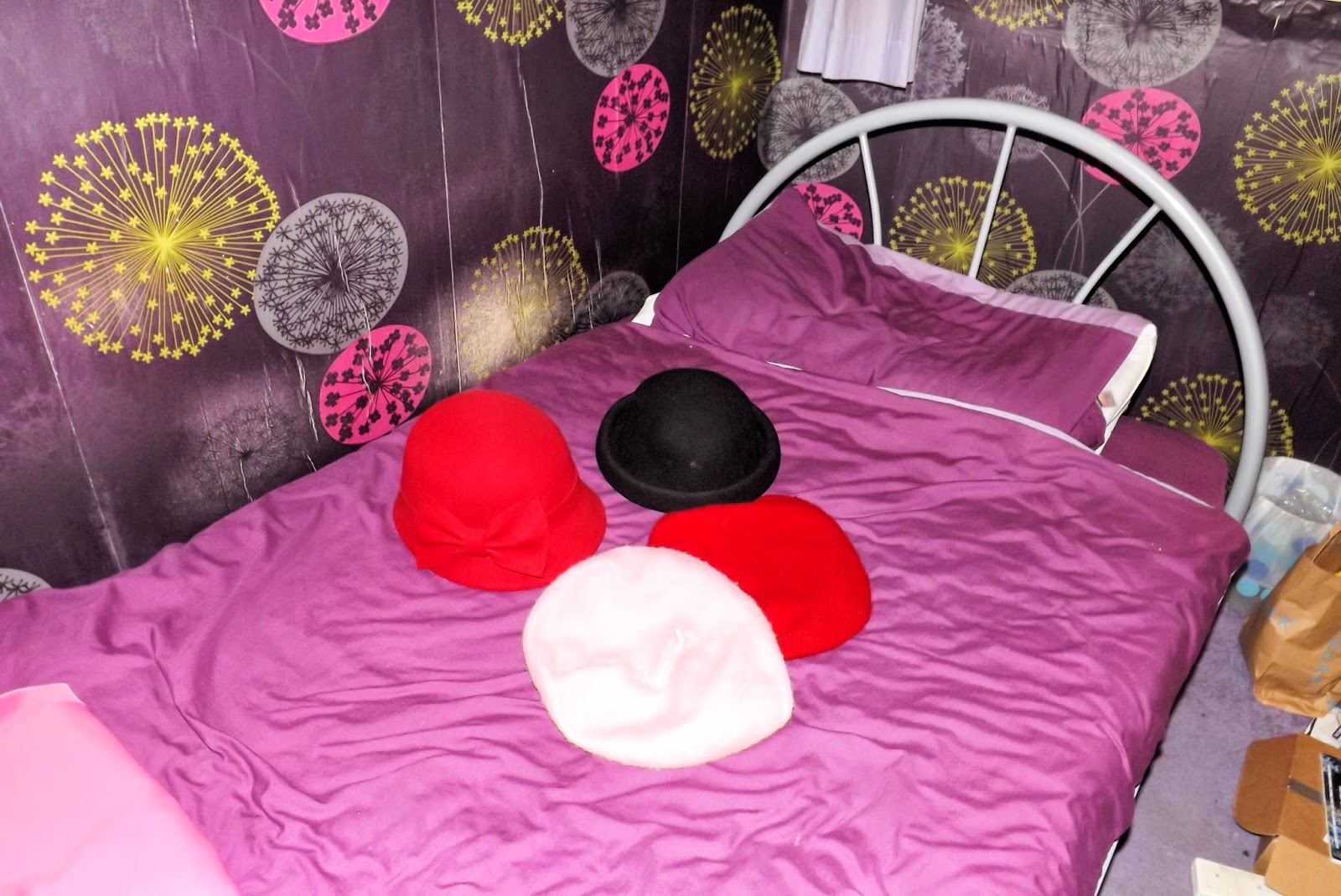 Winter hats are my favourite, they are so much more well made than Summer hats, and for this I love them. The are again from a variety of places: Matalan, Topshop, Paris and eBay respectively, and I wear them to death. I actually wear the Topshop one most in between washing days for work, and it was definitely worth the £25 price tag.

I love berets, and when my parents got me this red one from Paris, I fell in love. Then after I saw Moonrise Kingdom, I instantly bought a pink one. I now want a navy one and a cream one, then I think my beret collection will be complete.

I don't even know how to begin to describe my love for the cloche hat. After the 60s, the 20s is my favourite decade, and everyone had a cloche in those days. They recently peaked in popularity again after THe Great Gatsby came out, which is how I managed to snap up this Matalan one. And it was only eight pounds! The hat that will now complete my Winter hats collection for now is a fedora.

Do you all love hats? Or what's your favourite accessory?