Preparation for MCM: My Cosplays 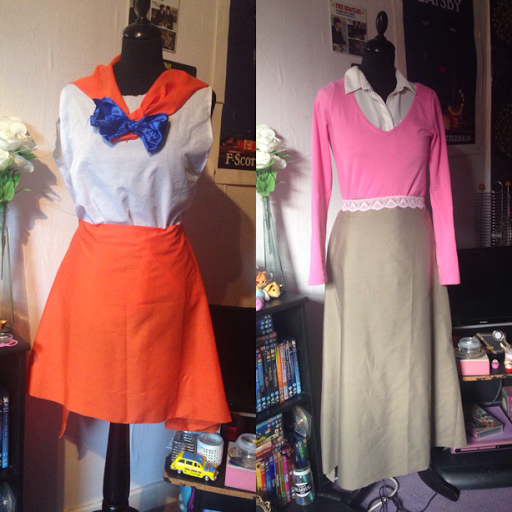 It's now only a couple of days until MCM comic con kicks off, and only three days until I am there, so I thought that today I'd show you my cosplays for the weekend, and talk a little bit about the process of making them.

My first cosplay is Sailor Venus. As my favourite Sailor Moon character, I've wanted to cosplay her since I started cosplaying, so I decided at the start of this year that I would do this cosplay for May MCM. The cosplay was relatively easy to make. The top half I reused from a previous cosplay, and the skirt was simple enough to make. I just did a half circle skirt, and bows are also very simple to make. I'll be wearing this cosplay on the Saturday of MCM.

My second cosplay is the retro version of Betty Cooper from Riverdale. I was originally going to cosplay Ariel, but when I found out that KJ Apa was going to be there, I decided I was going to bring a Betty cosplay, and the retro outfit she wears at the start of episode 7 is just the cutest. I only actually made one aspect of this cosplay; the skirt, which was, again, a half circle skirt. The tops were both just from Primark.

I am excited to wear both of these cosplays.
Nic
xx
Posted by Nic Ooh La La at 17:27