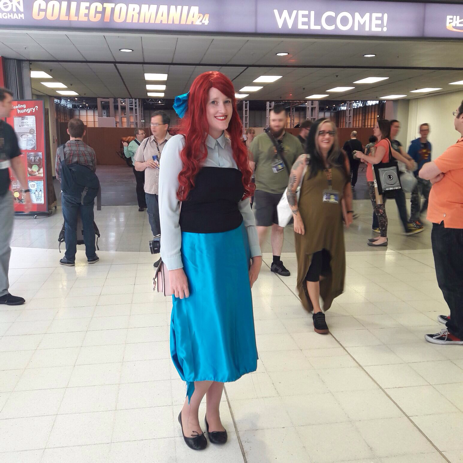 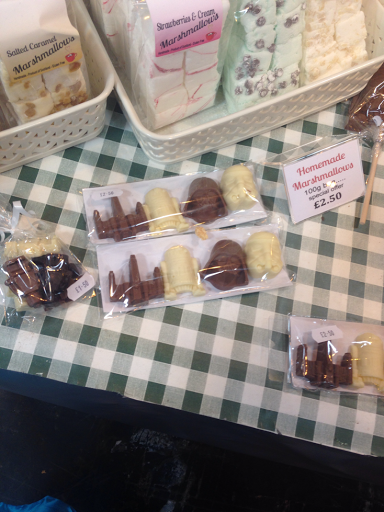 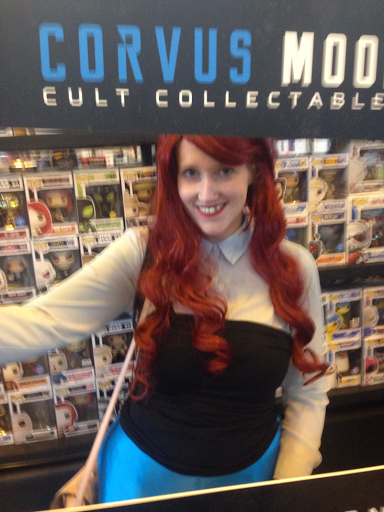 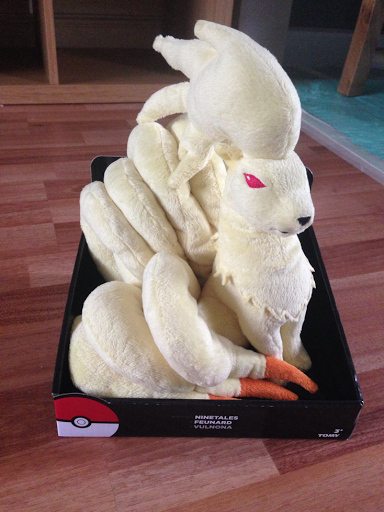 On Sunday I went to another comic con, and my first outside of London: Birmingham Film and Comic Con Collectormania. I was really looking forward to it as last year I really enjoyed London Film and Comic Con, and I also got to finally wear my Ariel cosplay that I'd had ready since last October.

We got to the con at around half 11, and started walking around the stalls, of which there were a lot, looking at all the old toys and games, great artwork and pop vinyls. After walking around the stalls for a bit, we decided to get some food, which was so nice, and I had my first little girl of the day wanting a photo with me. I'd never had this happen to me before at a con, so it was a novel experience.

After lunch, we did some more walking around and we got to the area where the guests were signing, and we saw Jack Charlton, Geoff Hurst and Seamus from Harry Potter! And then, I saw a Ninetails plush (which I had never ever seen before) so I obviously had to buy that, and then had my photo taken a few more times.

Having spent up, we then headed home, but not before having a conversation with the cutest little girl dressed as Lego Batman, she even did a pose for us. It was a lovely day all in all, and it has made me look forward to my next cons in July even more. 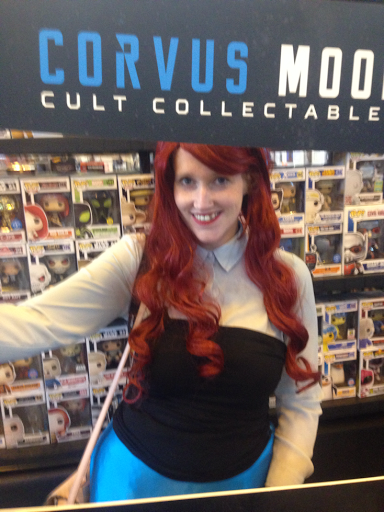