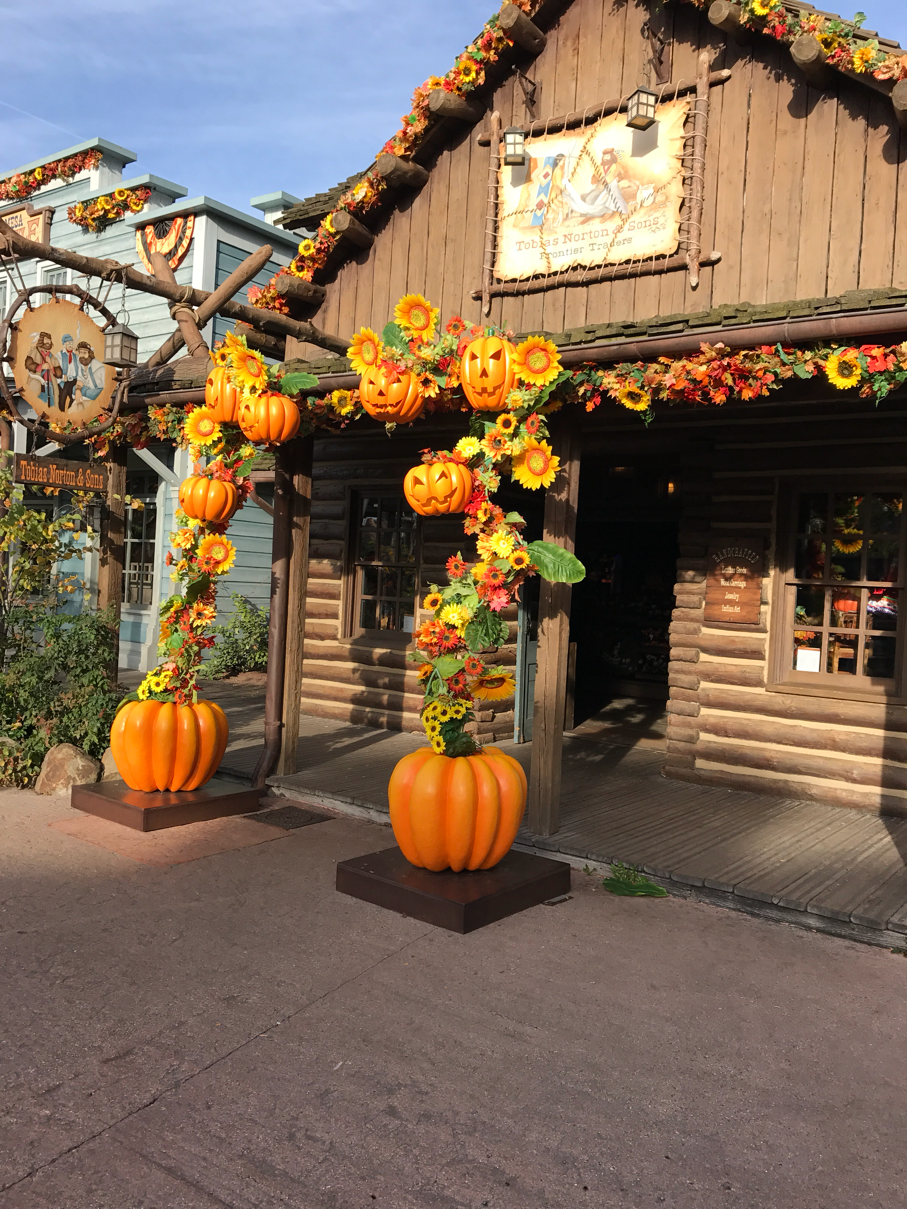 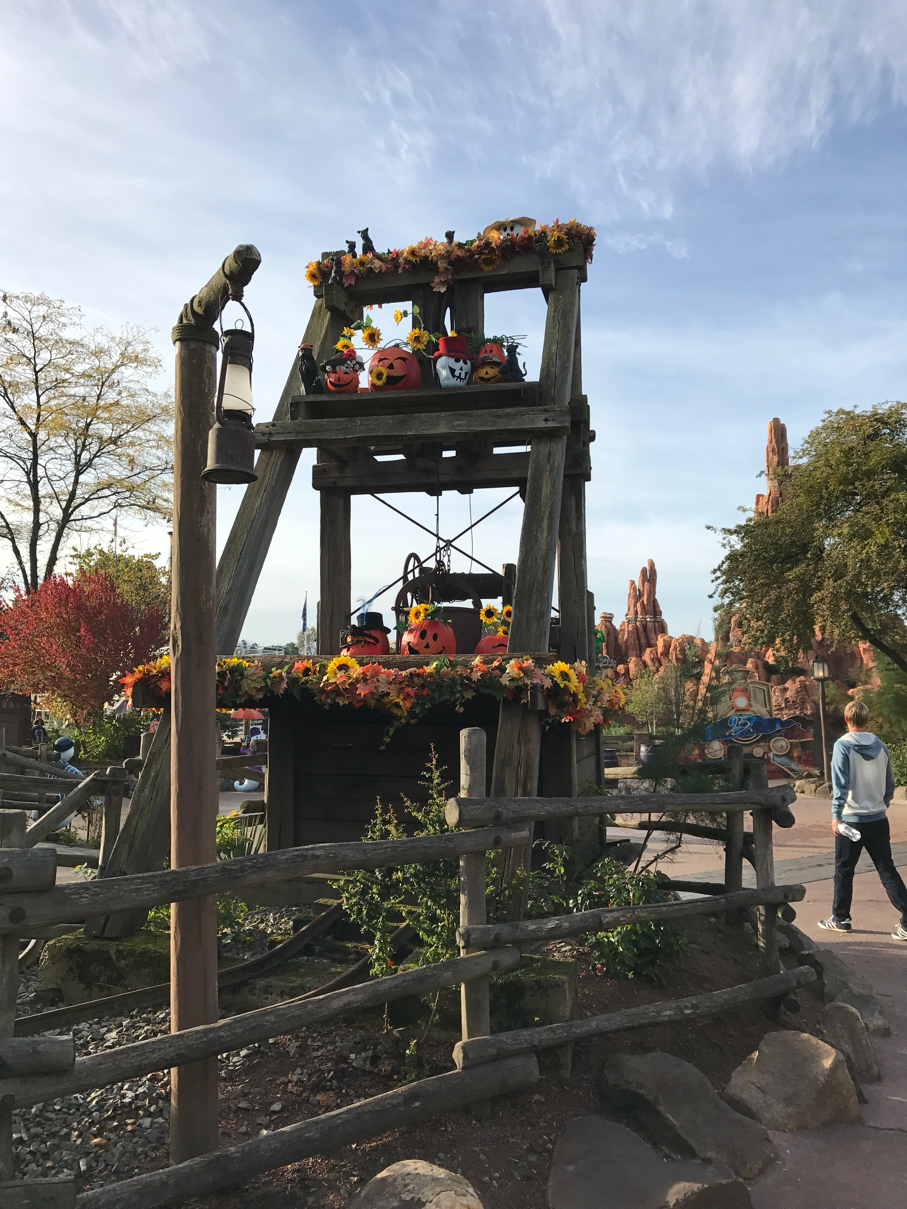 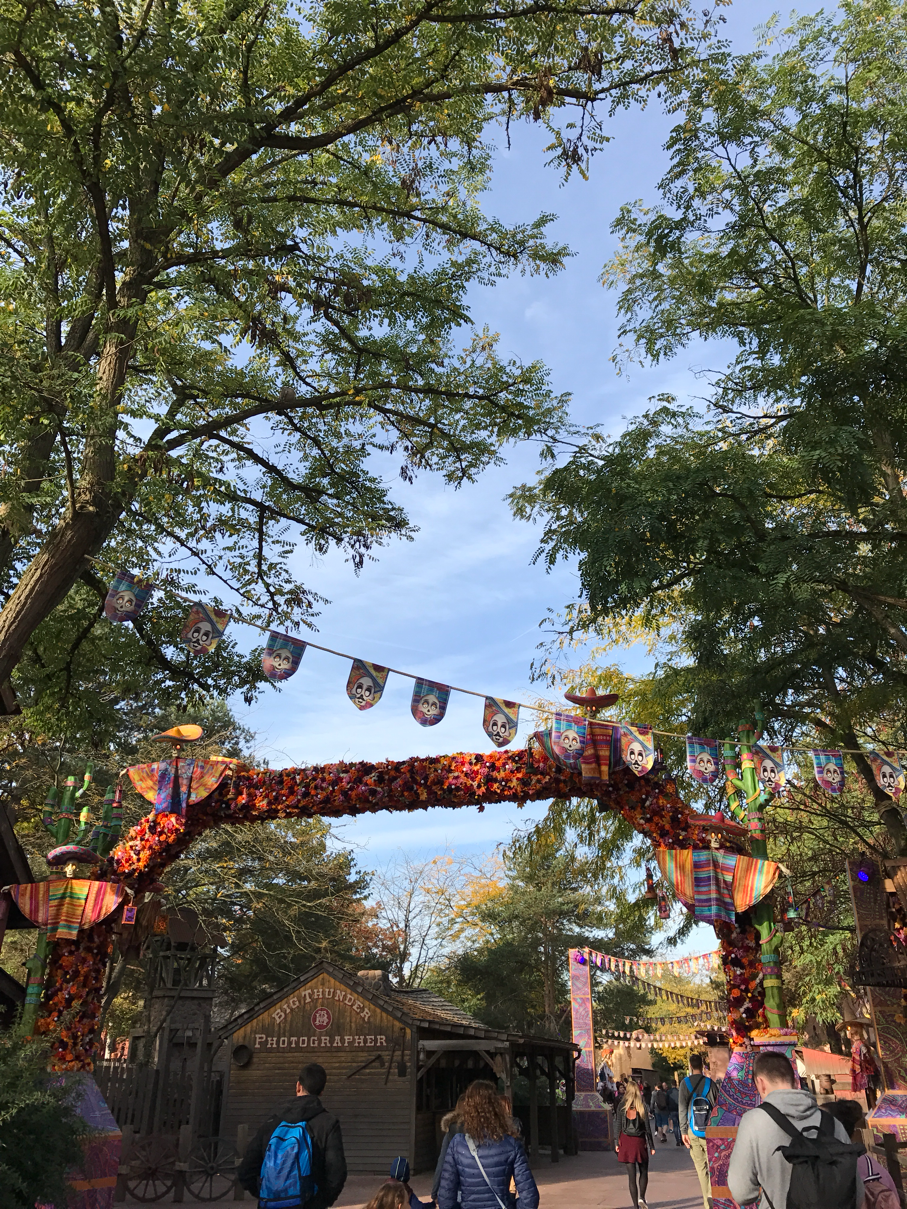 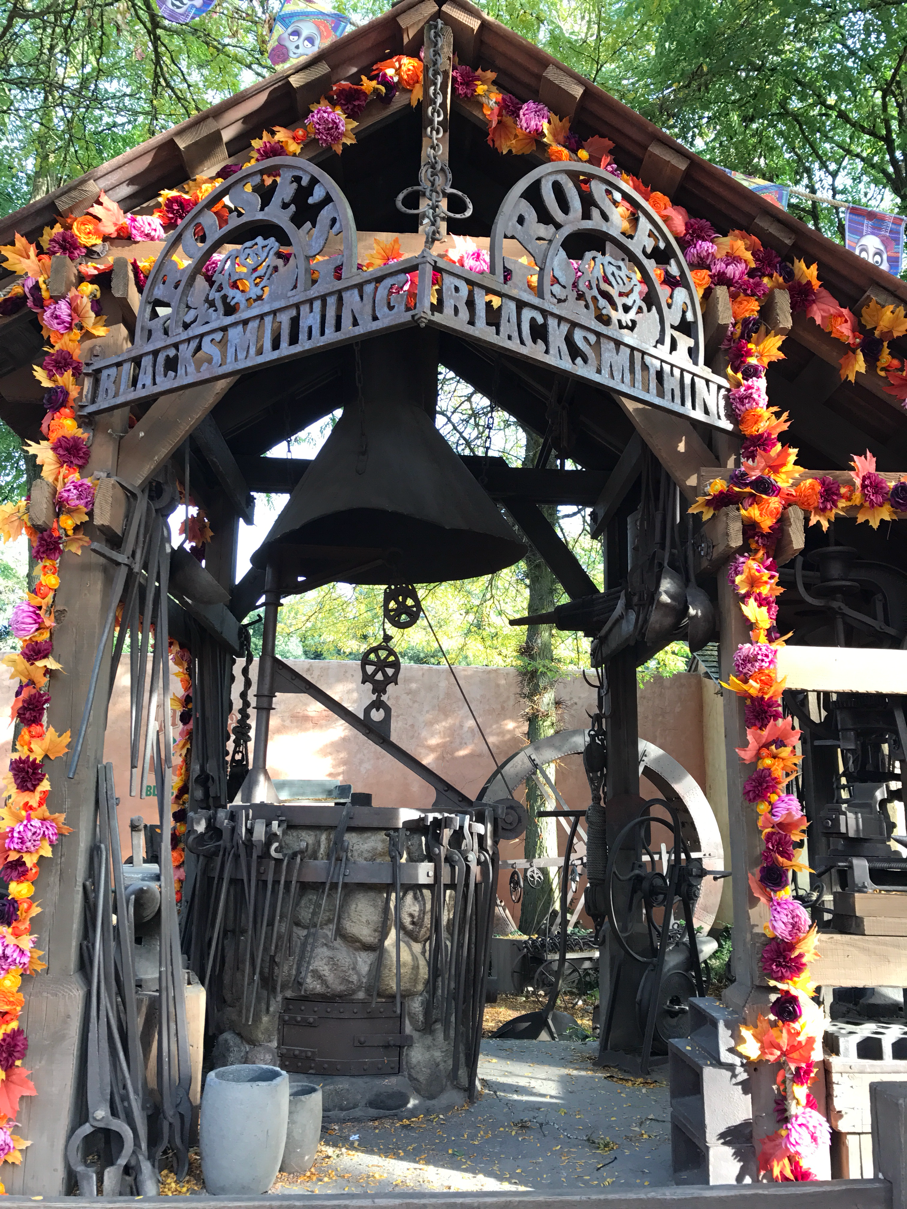 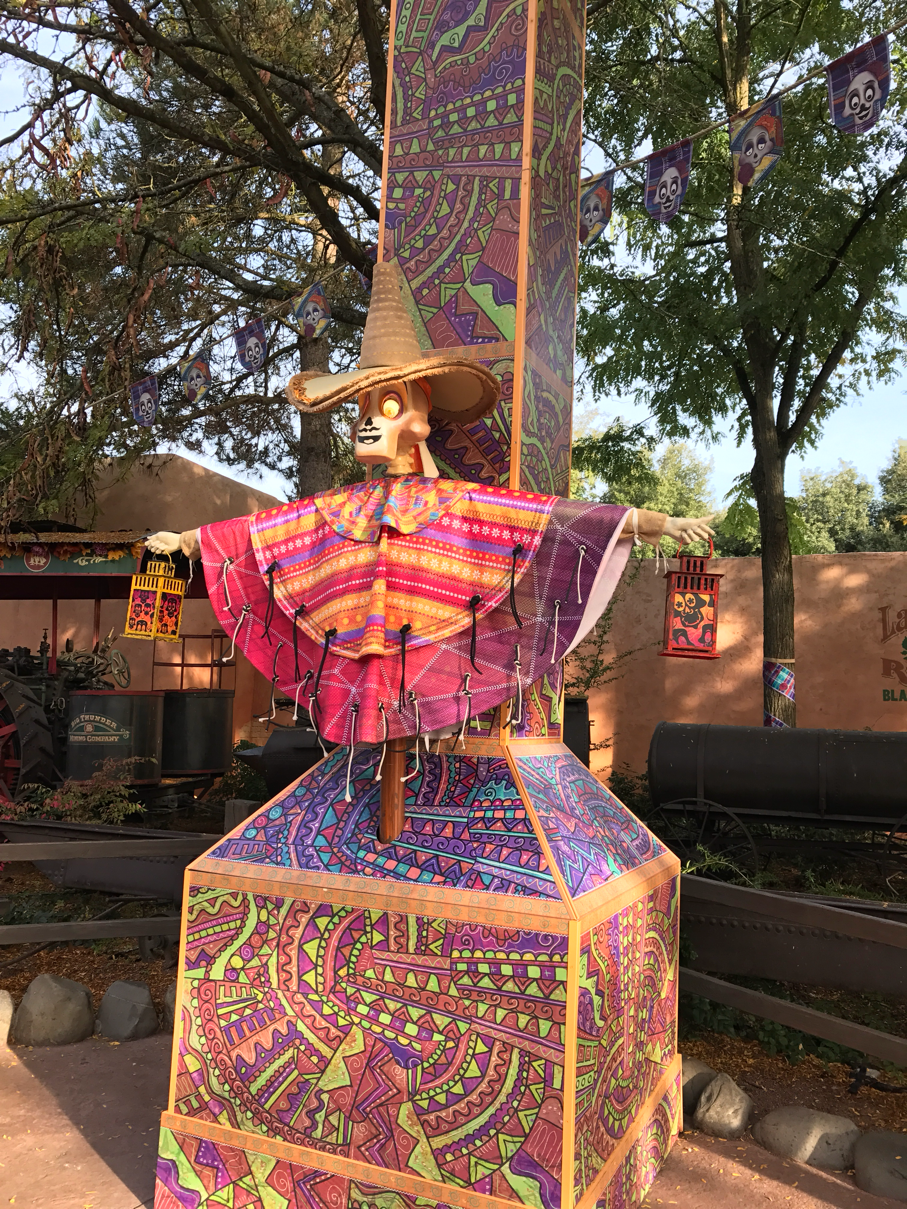 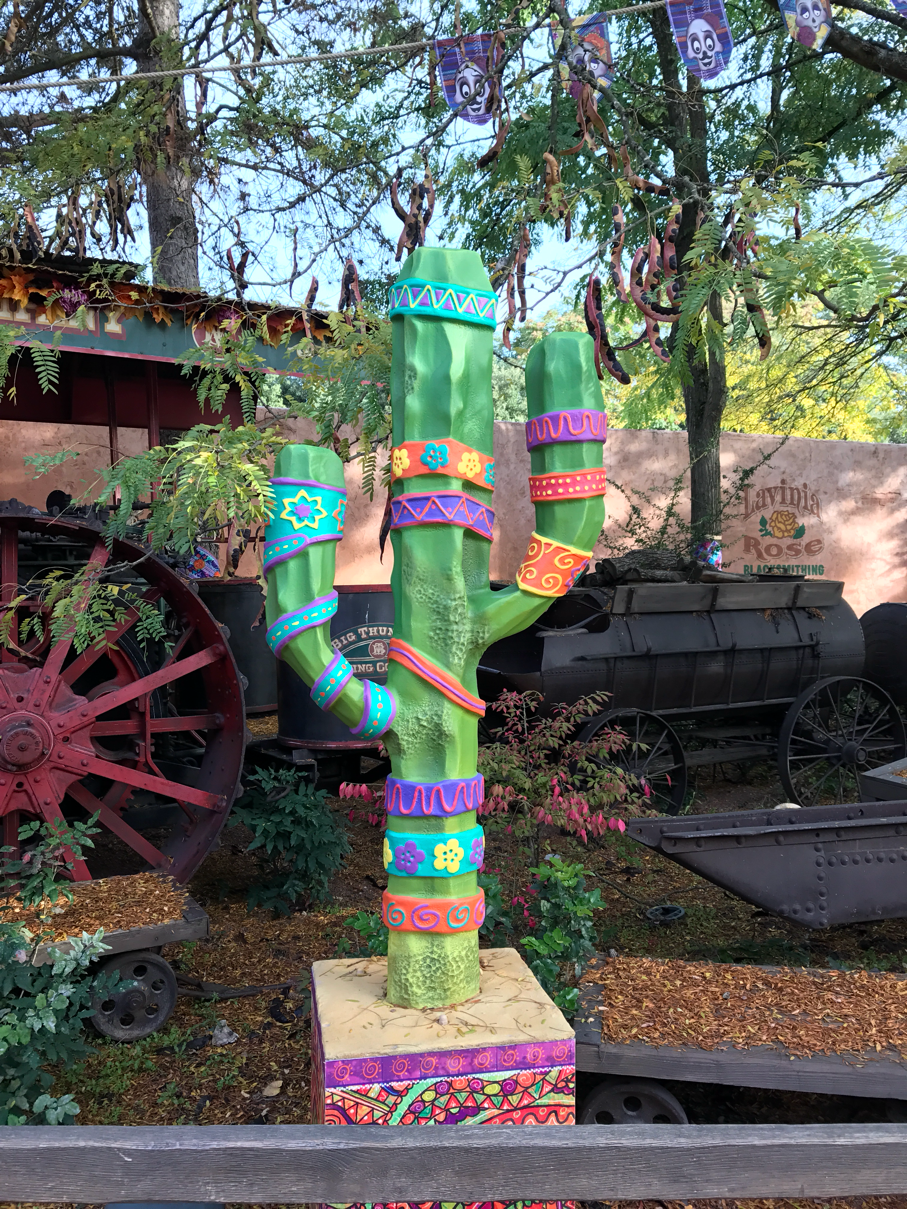 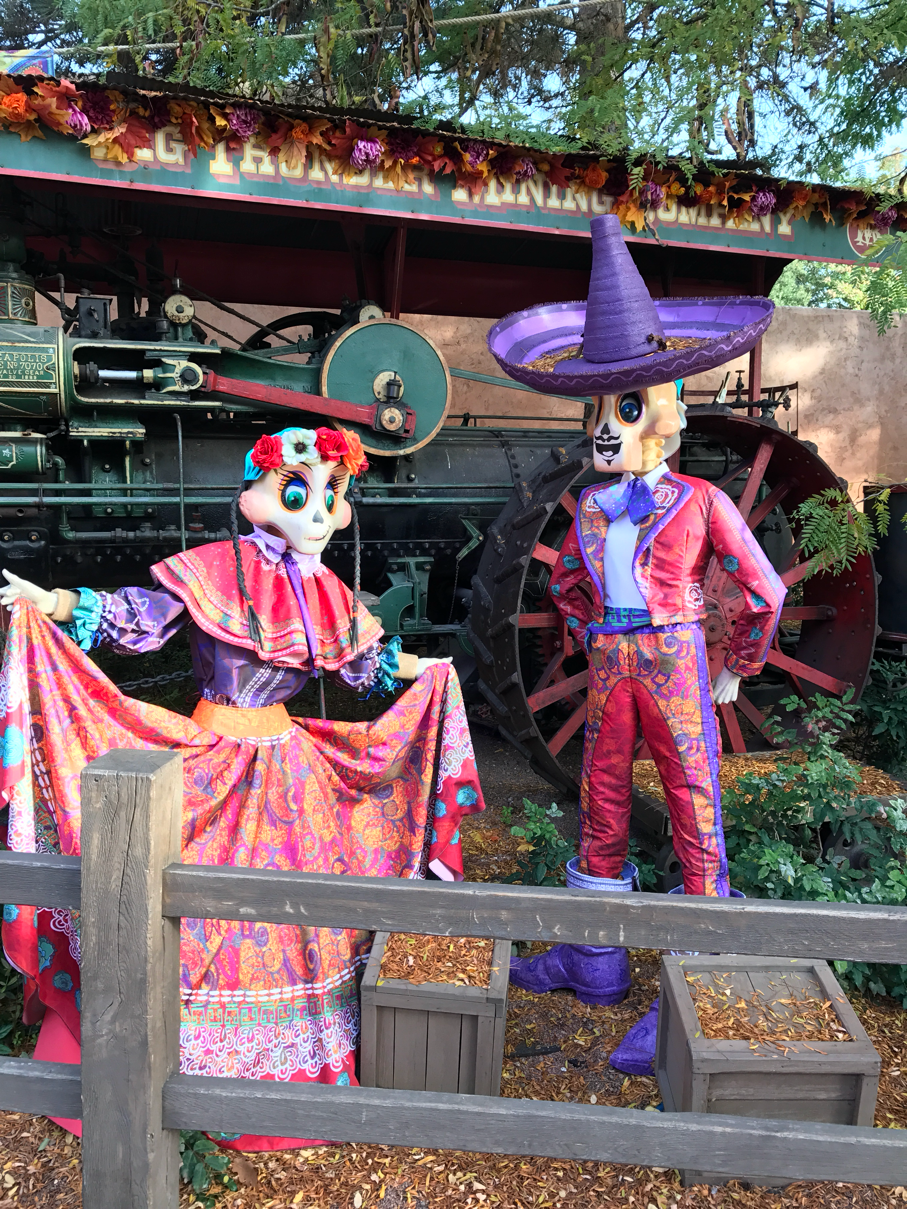 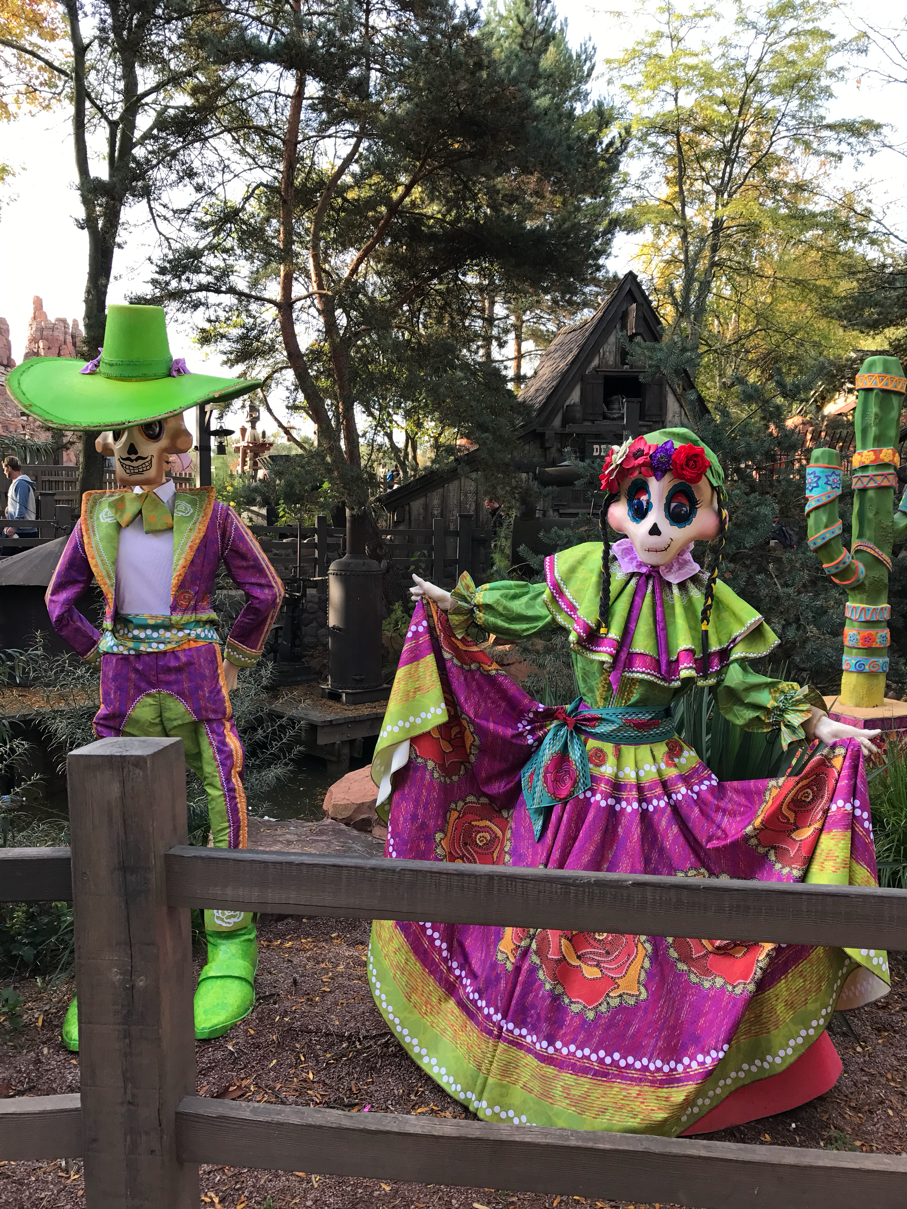 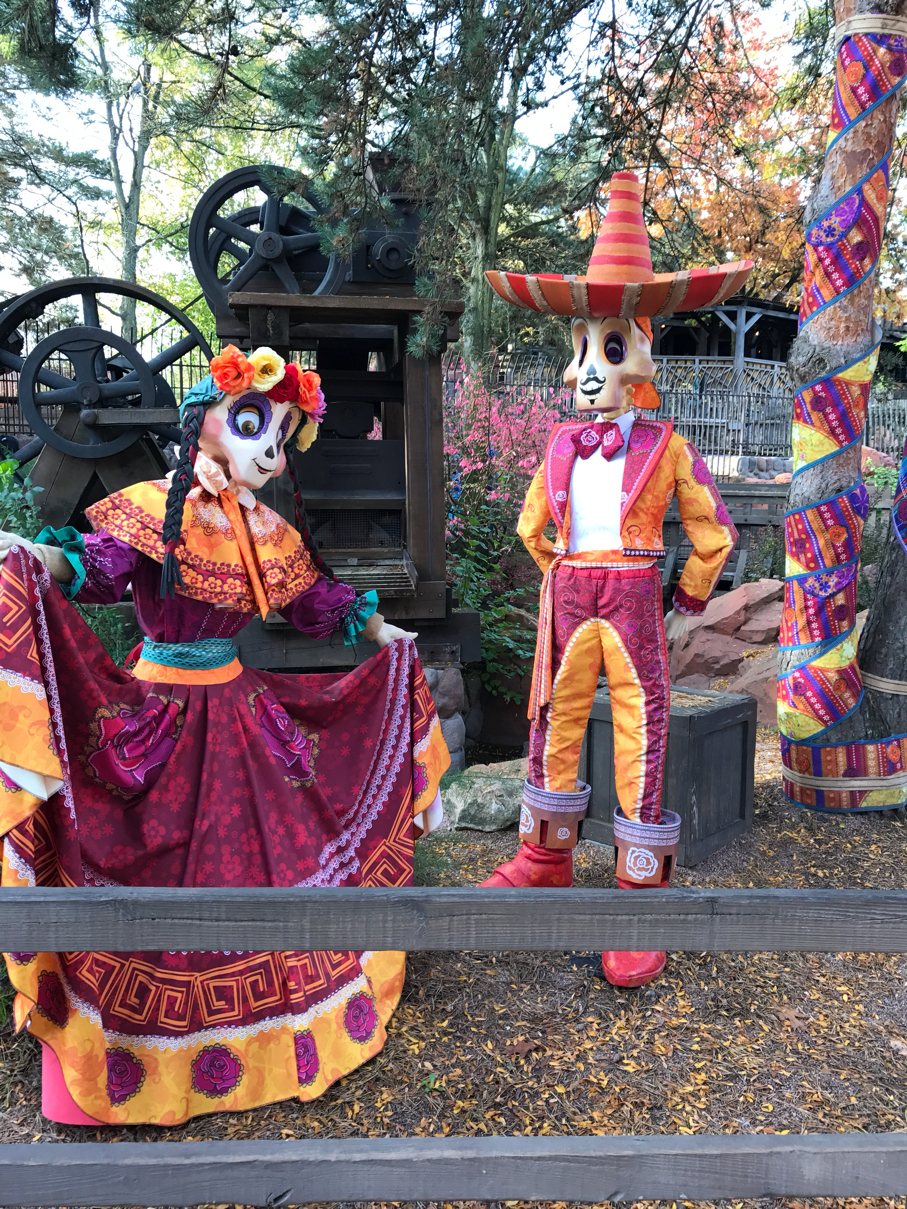 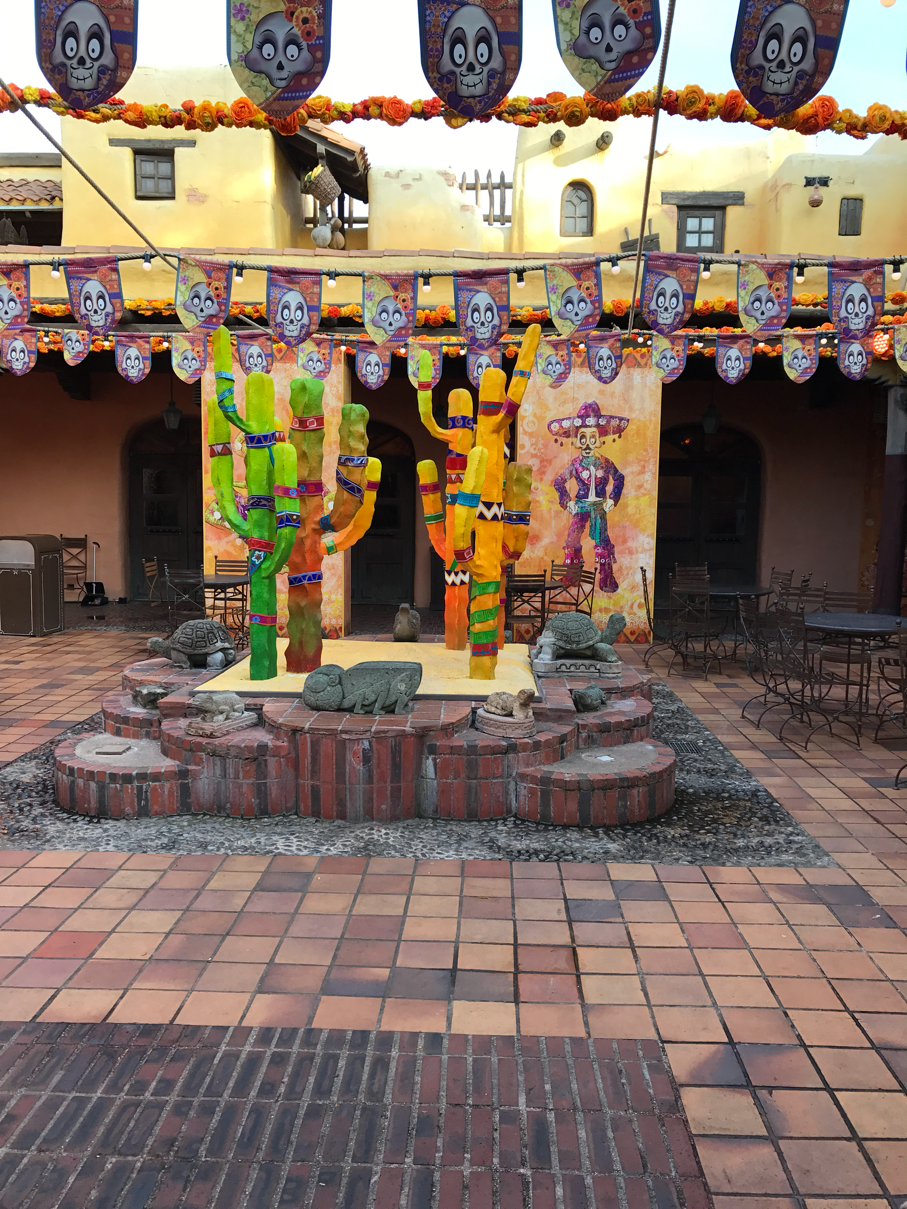 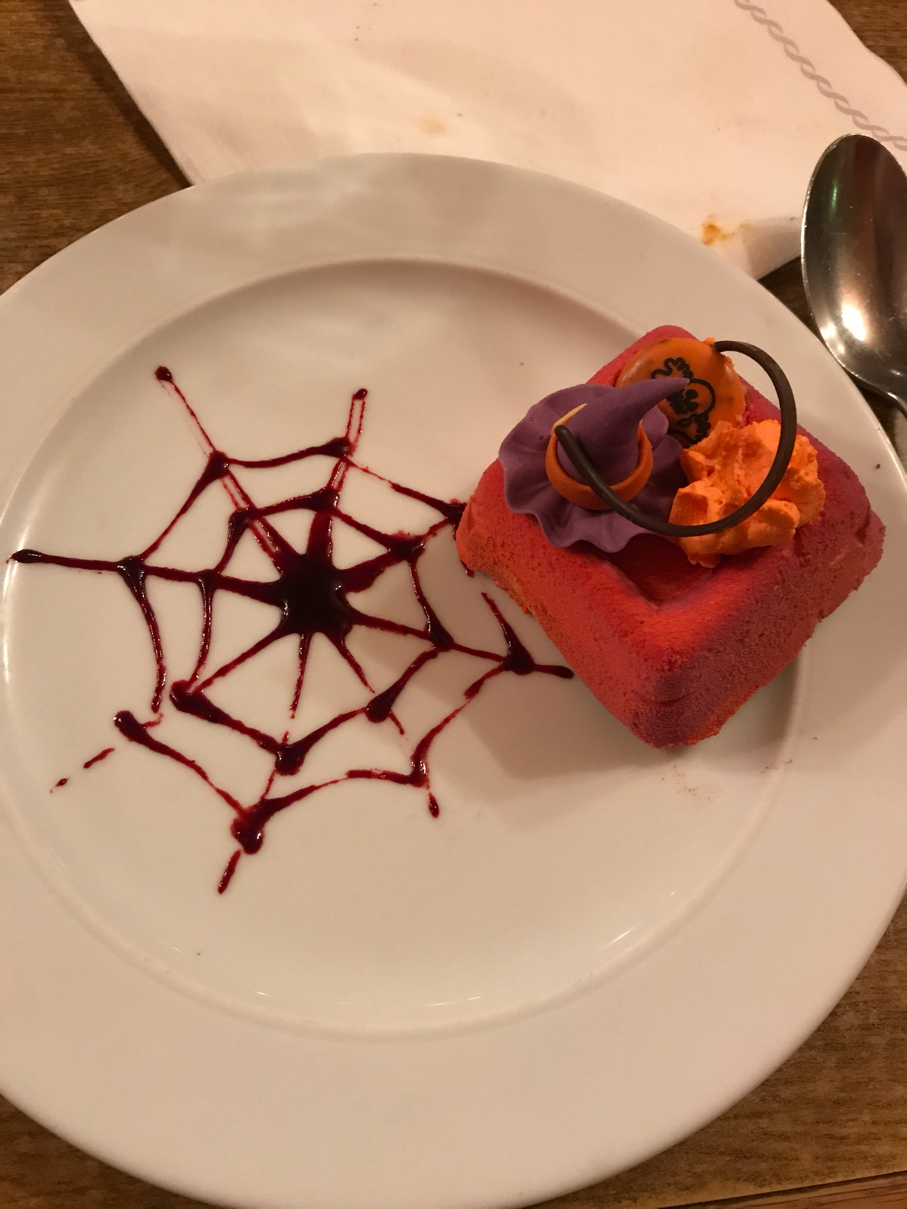 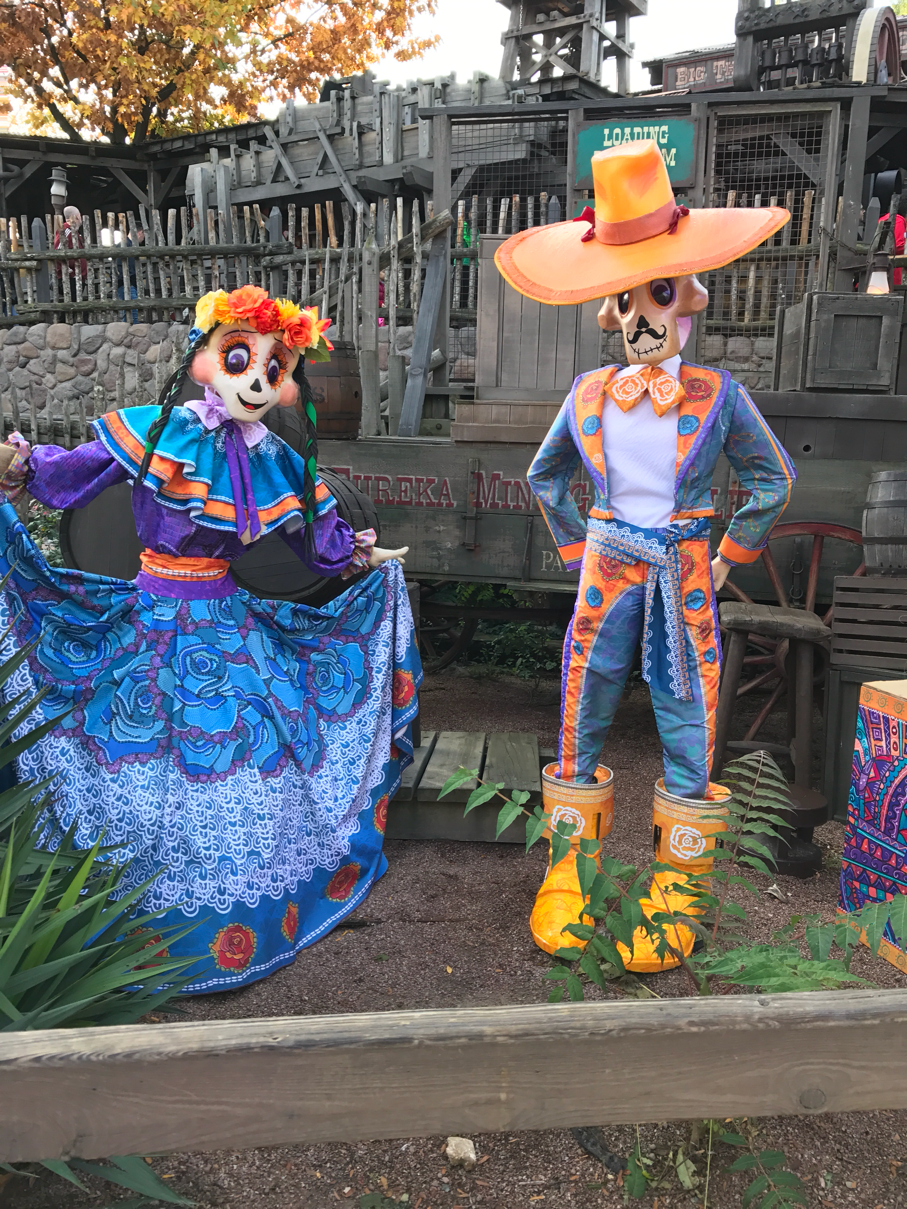 First of all, I know there are a lot of photos in this post, but the Halloween decorations this year are so beautiful.

It seems to be somewhat of a tradition of mine now to visit Disneyland Paris during the Halloween season, and so, a couple of weeks ago now I popped over there for this year’s offering. I’ve already posted about the Tricycle Gang and the Skeletoon Party, so this is more of a trip report/ general commentary on the decorations, which will warrant at least a paragraph if not more.

So, firstly, the trip report. I arrived at Disney at pretty much the start of the new Extra Magic Time, which, considering Peter Pan’s Flight was down for maintenance, was pretty underwhelming. (I did pretty much walk on Ratatouille the second morning though) so I spent that time wandering around the shops that were open, going in the Princess Pavillion to meet Cinderella, and going on the Carrousel. Then, as soon as 10am hit I headed to Frontierland to see the decorations, as that is where Halloween is focused this year. I then watched the entertainment mentioned earlier, and went on Phantom Manor. This took me up to lunchtime, where I opted for the Halloween menu at the Lucky Nugget Saloon, and ended up with a black burger bun! (It was pulled pork with sweet potato fries and was quite tasty) Then I went to meet Maleficent, who loved my Maleficent ears, the Cheshire Cat, and Marie. After my character meets I went and watched the Princess show twice and then the parade, and went on Small World and Hyperspace Mountain. I then started to get cold, so I got a hot chocolate and looked in some shops whilst waiting for Illuminations. When that was over I went and got some pasta at New York Style Sandwiches and headed for the Hotel Cheyenne ready for a sleep in a Disney bed.

The next morning I went to the park at about 9 after a Starbucks at the hotel, and walked straight on Ratatouille, and had my photo at the raining umbrella. I then went back over to the main park and rode Star Tours and spent over 90 minutes in a queue to meet Mickey and Minnie in their Dia de Los Muertos outfits. I then went for a croque monseiur at Market House Deli, then left the park and my day just nosedived from there. If you follow me on Twitter you’ll know the story already, but to cut a long story short, I then was stranded in cdg airport for 8 hours, had to get a coach home, and ended up getting home 25 hours later than I was supposed to. But hey ho, it wouldn’t be my life if something didn’t go wrong, so on a happier note, let’s now discuss these decorations.

So the Halloween decorations had a bit of a makeover this year; they were all in Frontierland, and they were themed to the Mexican day of the dead festival, or Dia De Los Muertos, to coincide with the upcoming Pixar release Coco. I think that this was a genius idea on dlp’s part, as it gets people excited for the film. Each and every one of the decorations were stunning; I could’ve looked at them all day, and they really gave the place a wonderful feel. I for one was a bit bored of just the Main Street ghosts, so these were such a refreshing change, and I loved them. If you’re going to dlp in the next few weeks, definitely go and see them. 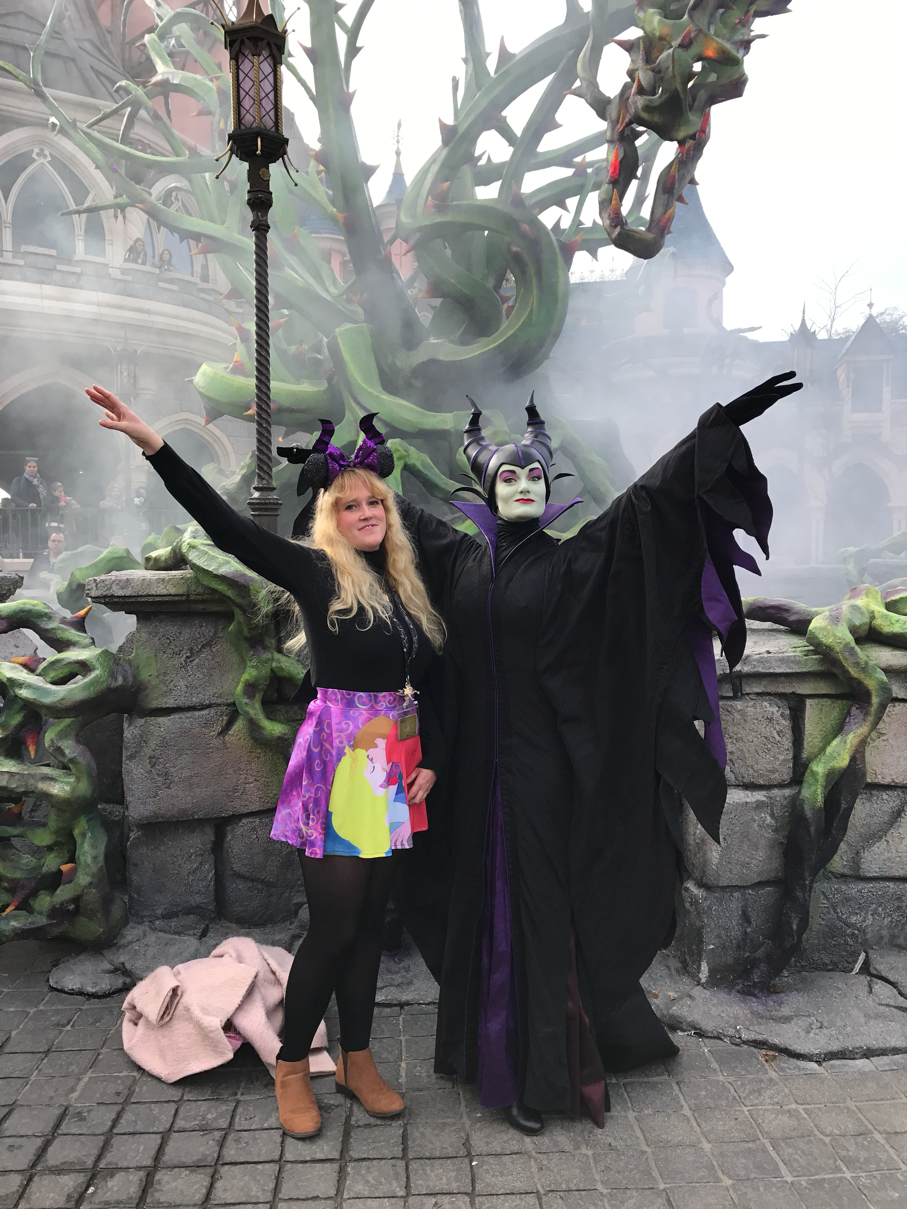