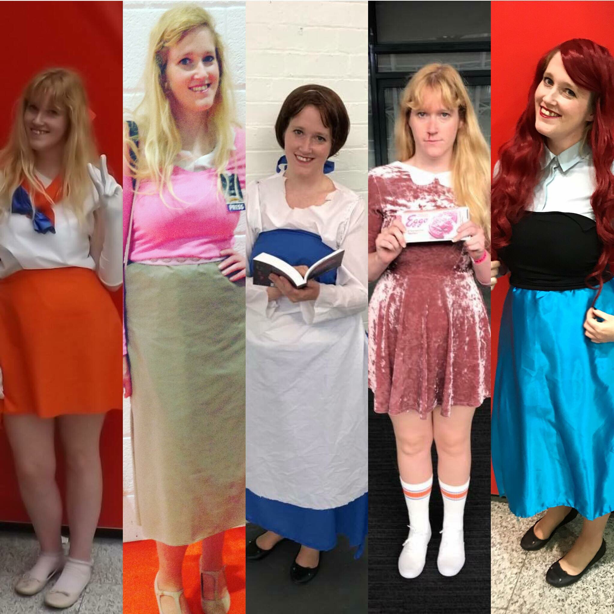 Time for the first of my yearly round up posts, and I thought I’d start with my year in cosplay. This year I have done a total of five cosplays, which is less than I planned, but, due to days off, I could only attend a couple of cons for just the Sunday, so I only did one cosplay at each of these.

The first cosplays I did were at MCM Expo in May; they were Sailor Venus and a retro Betty Cooper outfit from Riverdale (which I did because it was announced that KJ Apa was a guest at the con and only made the week before), I made all of the Venus one but just the skirt of the Betty one. The next cosplay I did was at LFCC, where I cosplayed as Village Belle, which I made myself. In August I did a last minute closet cosplay of Eleven from Stranger Things at LSCC, and then finally I did Kiss the Girl Ariel at MCM Expo in October.

I’m very excited about my plans for 2018, it’s one of my New Years resolutions to get better at cosplay, so I’m planning and working away, with some of my fabrics arriving today. Also, I set up a new Instagram for my cosplays, you can find it @_angelfishcosplay hope to see you there.