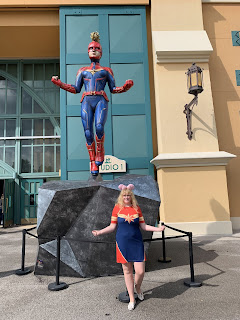 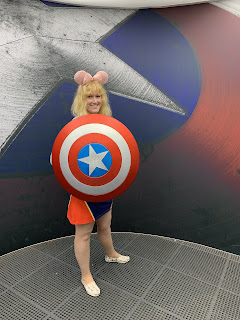 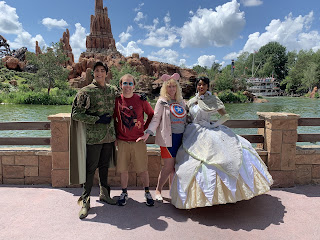 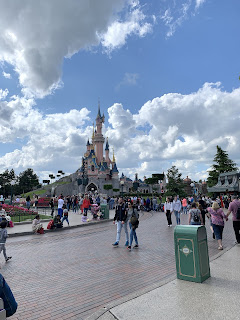 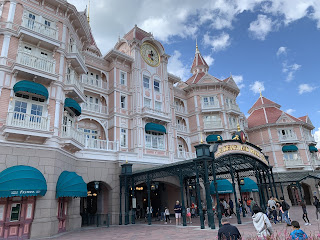 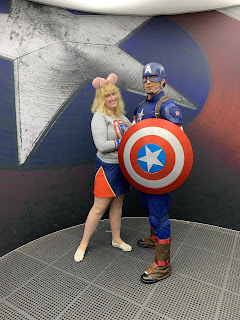 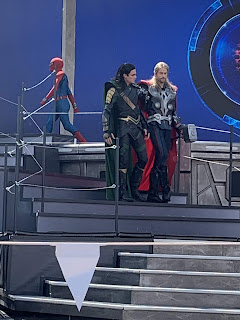 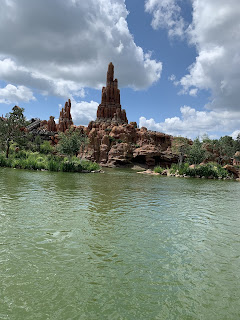 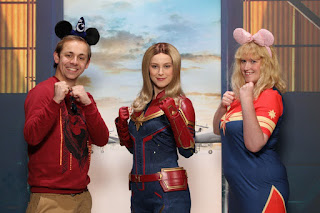 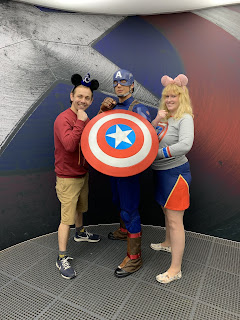 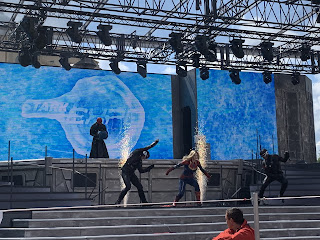 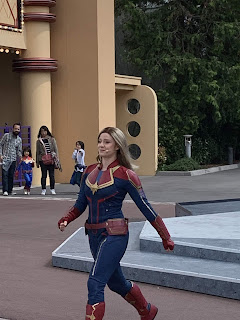 The final day of our Disneyland Paris trip was a planned day of Marvel, with a couple of meets and a couple of shows that we wanted to see, so, after checking out of the hotel, we went to the Studios and got straight in line to meet Captain Marvel. She was an absolute dream and I loved the meet, but the second meet we did ended up being my favourite of the whole trip.

After we’d met Carol, we got in the queue for Captain America, and our timing was perfect once again, as the queue grew very very long not long after we’d joined. Whilst we were waiting for the meet, we half watched the Guardians of the Galaxy Awesome Dance-Off, and the Stark Expo shows, as they were both on the outdoor stages. We then met Captain America and it was seriously amazing! I chatted to him for ages, hugged him and I got to hold his shield, which means I am Captain America now. It has firmly cemented its place in my top 10 character meets ever!

After the best meet ever, I saw that Tiana and Naveen we’re out in the Disneyland Park, and, as we’d decided to go to Fuente Del Oro for lunch, we went over there and met them, had food and went on some rides, with the last one being Star Tours. We then went back over to the Studios, watched the two outdoor stage shows again, had an Avengers Croque Monseiur and another Captain Marvel pavlova and looked around the shops again before heading back to the airport to come home to some lasagne, with our next holiday now firmly on our minds. 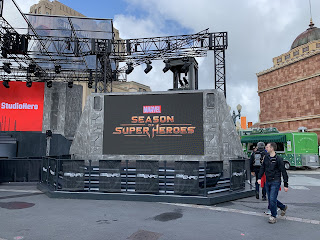