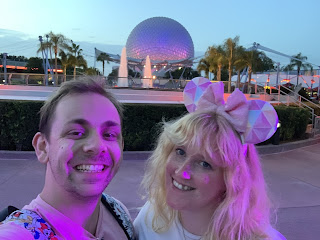 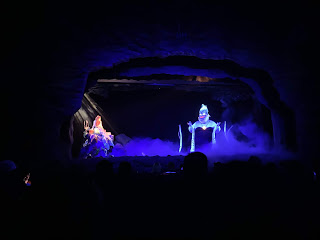 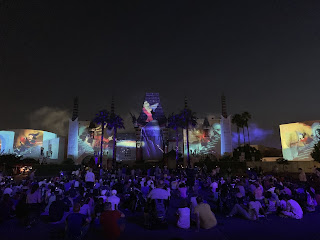 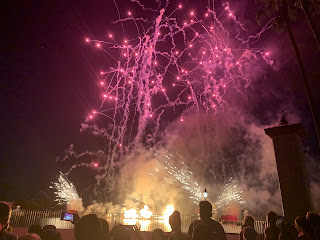 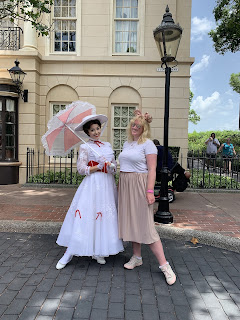 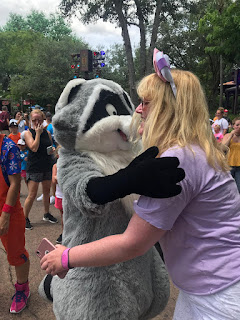 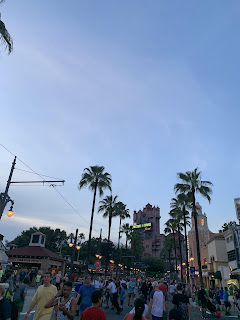 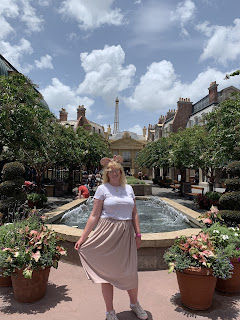 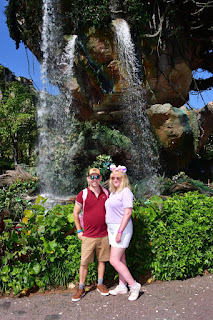 Day five of Walt Disney World was another EPCOT day, and also Bastille Day, so the first thing we did was obviously take some photos in France. We met up with Grace who is out there doing the crp, and we decided to meet Aurora, Mulan and Mary Poppins. Afterwards, me and Sam were both famished so we went over to Japan and had a delicious Katsu Curry and Matcha cheesecake. We also went in the Kawaii exhibition, which I loved, and then went on Test Track and Mission Space. We then had a quiet evening of wandering around the world, taking photos and watching Illuminations.

The next day we had an early start at Animal Kingdom, where we went straight over to Dinoland and met Chip and Dale, Daisy and Donald. We then watched Festival of the Lion King and had some lunch. After lunch, we went on the Na’vi River Journey and the Kali River Rapids, which we’re both really fun. It then started pouring it down, so we headed over to Hollywood Studios, and hid from the rain in the shops. We then went and got in the queue and rode Slinky Dog Dash. After that, Sam’s parents came over to meet us, and we got some drinks and watched Voyage of the Little Mermaid, before getting some food and watching the Star Wars fireworks. 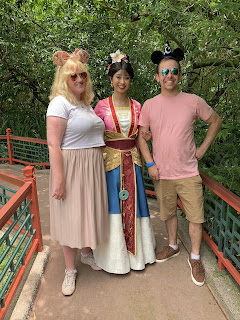