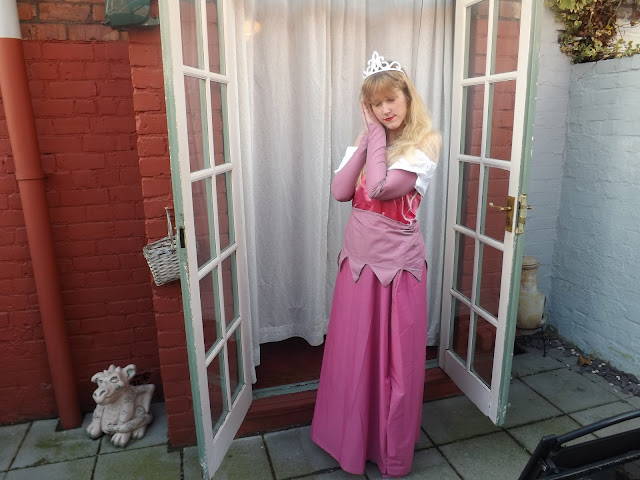 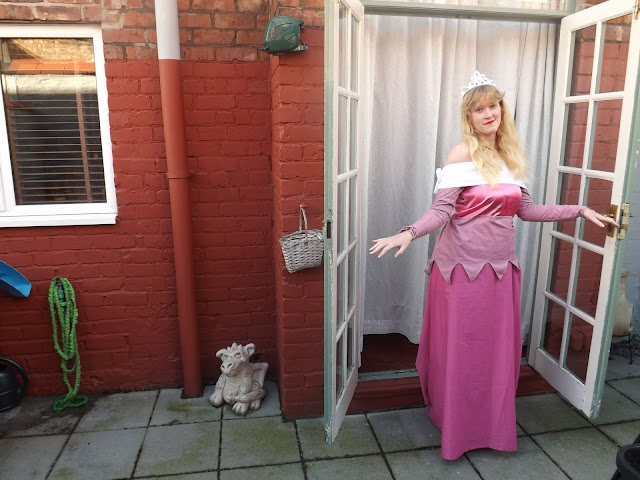 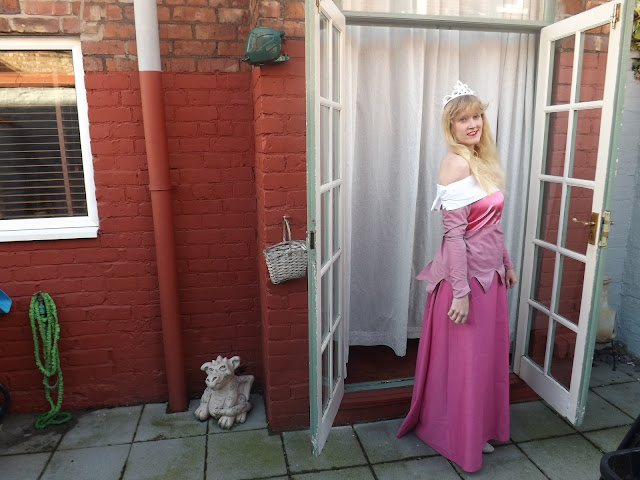 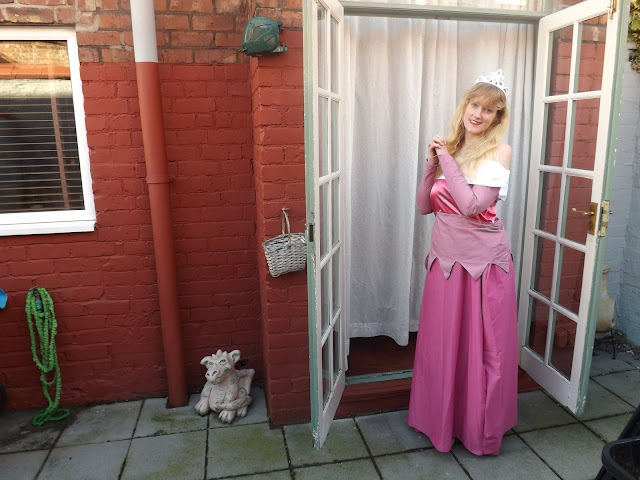 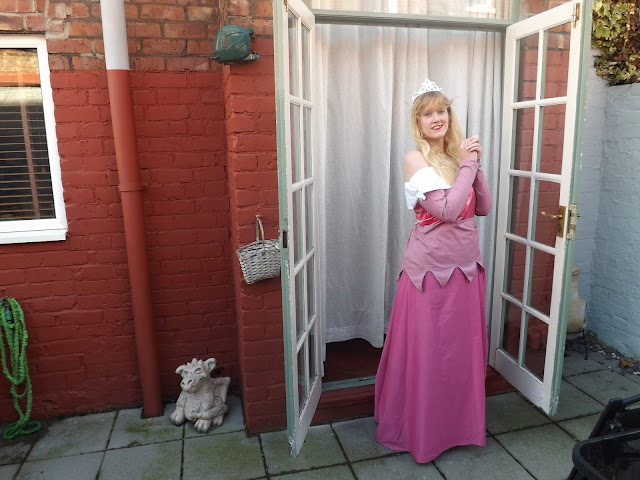 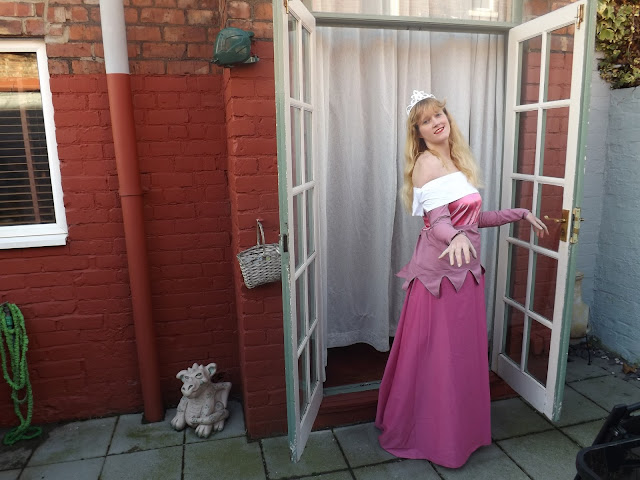 Note to self: I need to work on my princess poses.

Ok so here is my first of the two Aurora cosplays I made for LSCC. I wanted to have some photos of just the cosplay too, as well as the photos from LSCC, so I made Lee take some when we got back on Monday, and this is the first one. Aurora has always been my favourite princess (apart from when I went through my Pocahontas phase when I saw it at the cinema-but that's another story for another time) so when I decided I wanted to do cosplay, she was the first character I thought of doing. I am a huge fan of the pink dress (sorry blue camp) so I decided I was going to make it for LSCC. When we were only going for one day this was perfect, and then it turned out we could go for both days, and so I also made the blue one (photos of that coming real soon).

I will admit I didn't use a pattern for this, as that isn't how I was taught to make garments, so I just measured it on myself.  First I did the top section (I can't wear corsets, just fyi) and then the skirt. I wanted the skirt to flare out but not too much, as I didn't have the time to get an underskirt too, so I just wore a structured midi skirt underneath, so I cut the skirt pieces a bit bigger so they'd do that. I then attached that to the top and added the peplum. The white bit and the sleeves are a completely separate section altogether, which I just put on over the top of the dress. I absolutely loved making this costume, and I'm already itching to make my next one. Check out my cosplay page for more photos. 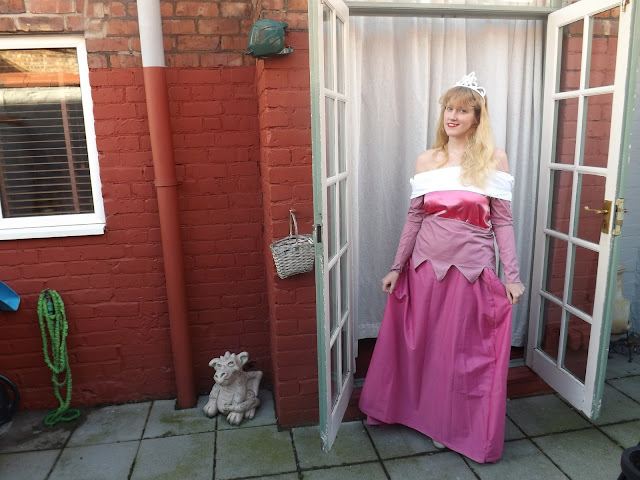