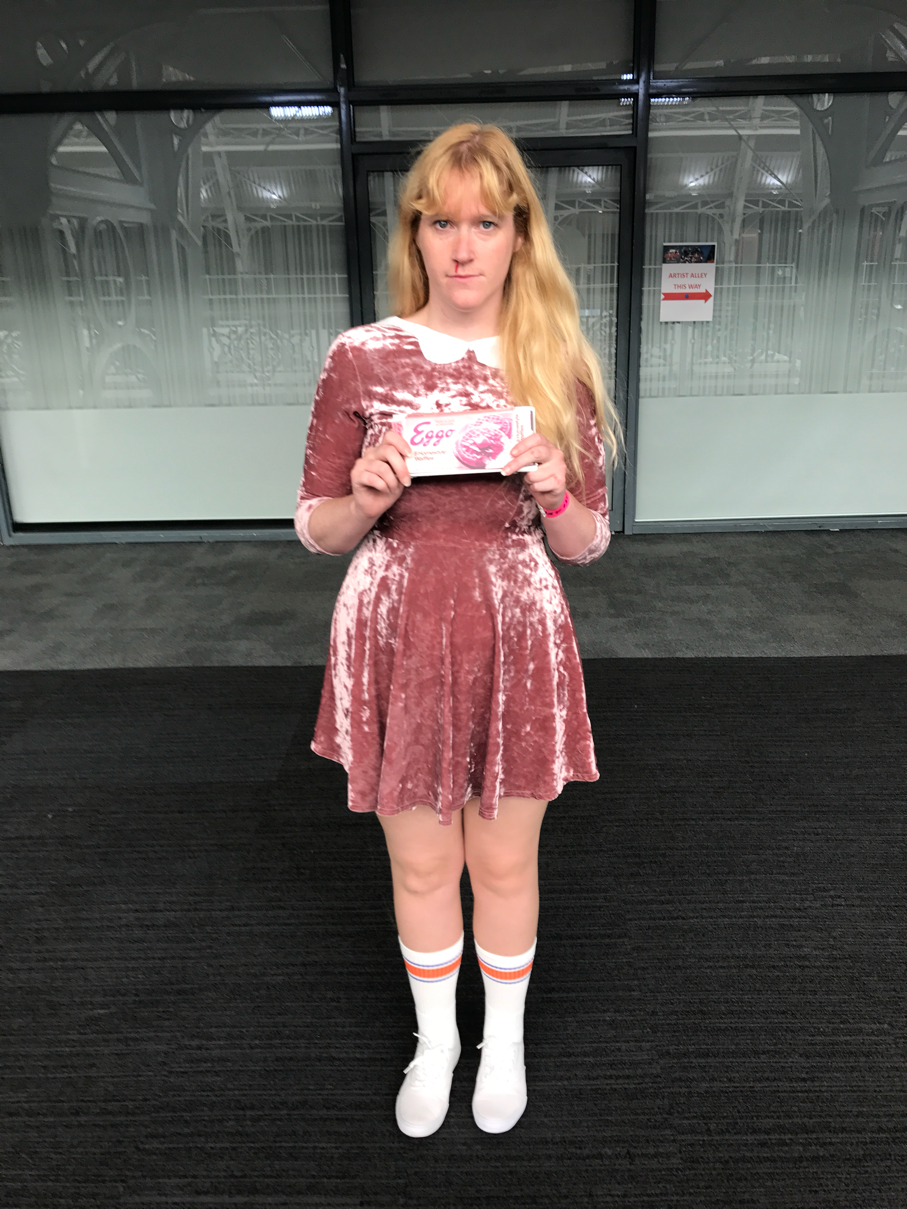 On Sunday just gone, myself and Lee headed down to London for a day at London Super Comic Con. As it was our first convention, we wanted to head back to the con to see the changes they'd made to it for this year. I wore my Eleven from Stranger Things cosplay, which basically consisted of an old dress that I attached a collar I made to, and socks and white trainers. I did make the box of Eggos myself though, so it was a little tiny bit diy.

The con itself was much smaller and quieter than last year, I think it's probably because it was such a warm day, and the event was three days this year rather than two, but we still had a good time looking around at all the comics and graphic novels that the stalls had. I bought a Darth Vader graphic novel and Lee bought a Quake comic, which he got signed by the author. The con ended quite early so we had a walk around Angel/King's Cross afterwards, and then headed home, eager to get ready for MCM in October. 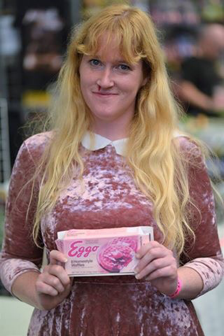