What I Read: September 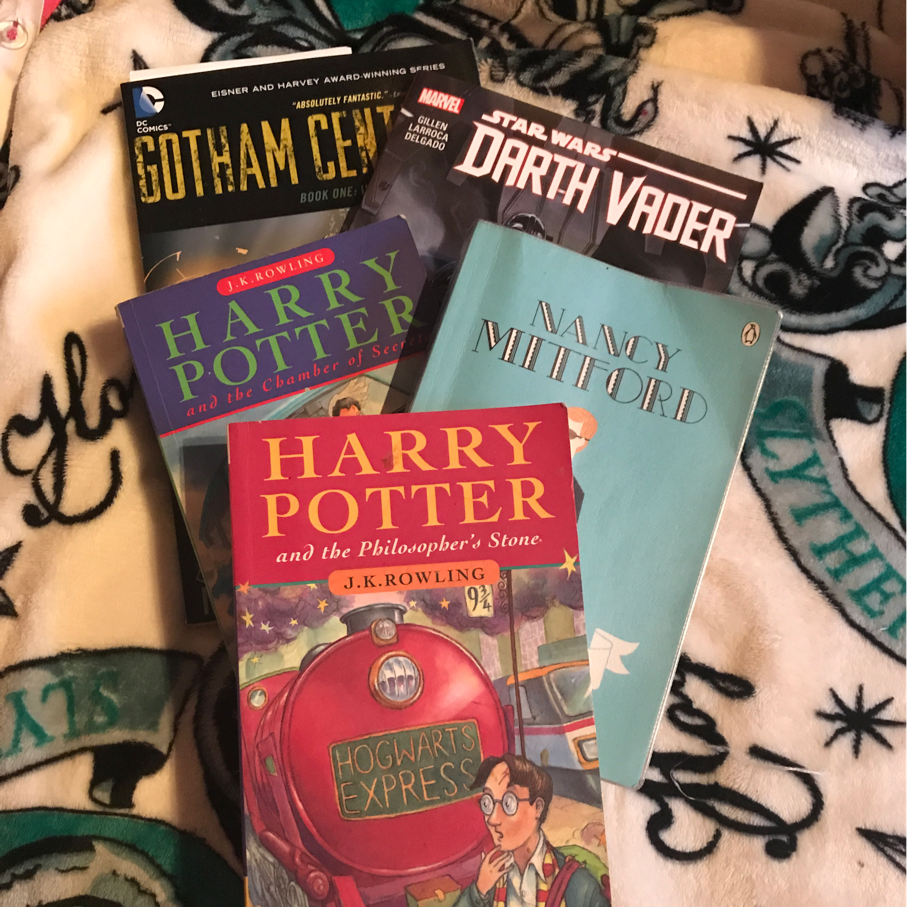 I was looking through my blog archives the other day and I realised that I'd not done a regular feature in ages, so I thought I'd start one today, and what better to start than a book related monthly feature. Seeing as I read a lot, I thought a good feature would be a what I read this month one, so I could do a monthly round up rather than individual book review posts, as they never seem that long anyway.

So in September (I know it's not quite over yet but shhh) I managed to read three new novels, two graphic novels and started a re-read. So I'll tell you what I read and then give a little review of each.

Gotham Central volume 1: in the Line of Duty
This was the first graphic novel I read this month and I really enjoyed it. It has been cited as the inspiration behind the TV show Gotham, and that really comes across. It's refreshing to see a comic not all about the main superhero too (in this case, Batman).

Remembering Babylon- David Malouf
This is the first of the new novels I read. It's about a boy who gets taken in by aborigines and then returns to Europe as an adult. This book was ok, but I wasn't really taken in by it.

The Pursuit of Love and Love in a Cold Climate- Nancy Mitford
The other two of the new novels I read this month were both by Nancy Mitford; The Pursuit of Love, which I absolutely adored; I found it funny, well written and executed, and really easy to read; and Love in a Cold Climate, which I also liked, but not as much as the other one. She is a very good writer though.

Darth Vader: Vader
The second graphic novel I read was a Darth Vader one, which I read in about half an hour. Darth is my favourite Star Wars character, and I love that he got his own little story that is separate from the main storyline.

Harry Potter
As the day of nineteen years later was this year, I decided to start a re-read of the Harry Potter books. I read the first three in September and have started the fourth. I just love Harry Potter ok?!

So there we have it, that's what I've been reading this month.