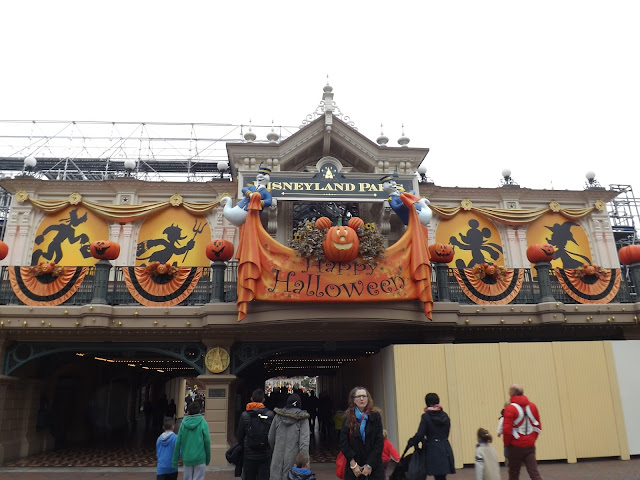 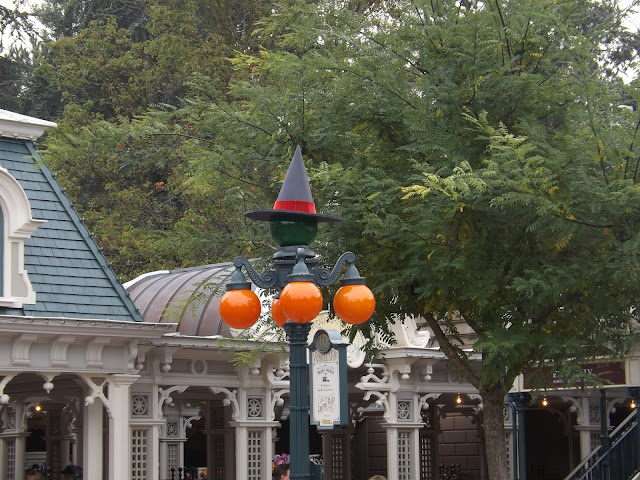 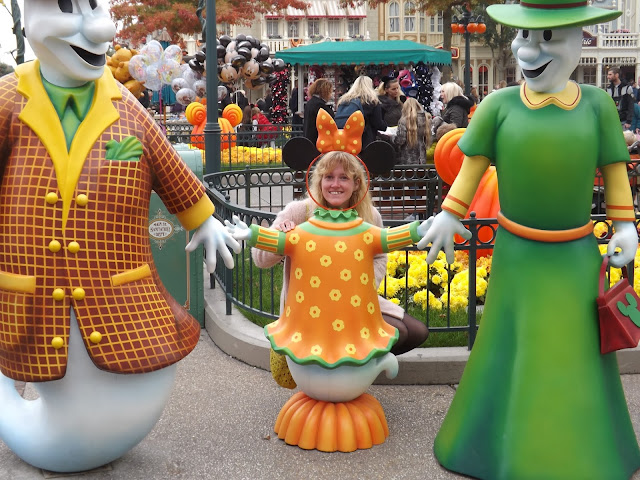 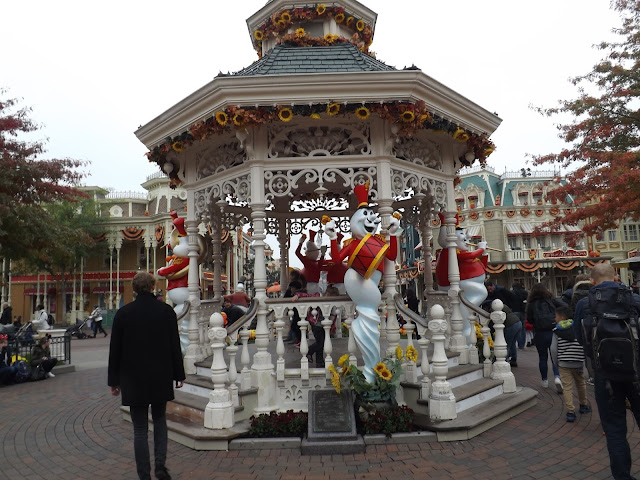 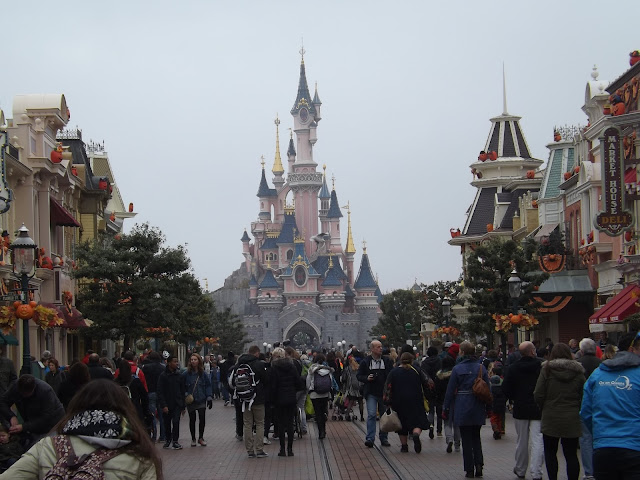 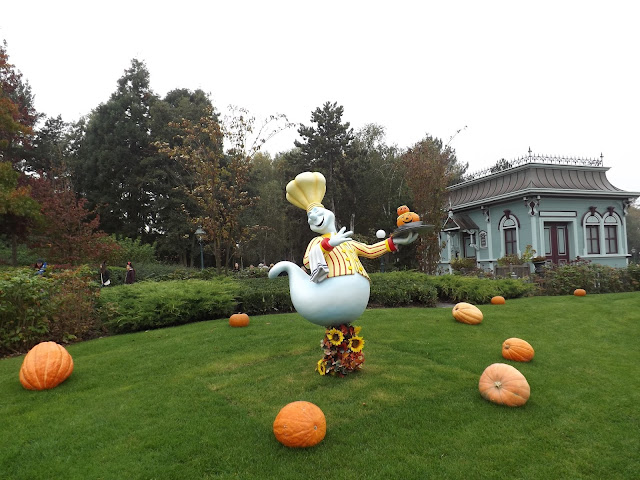 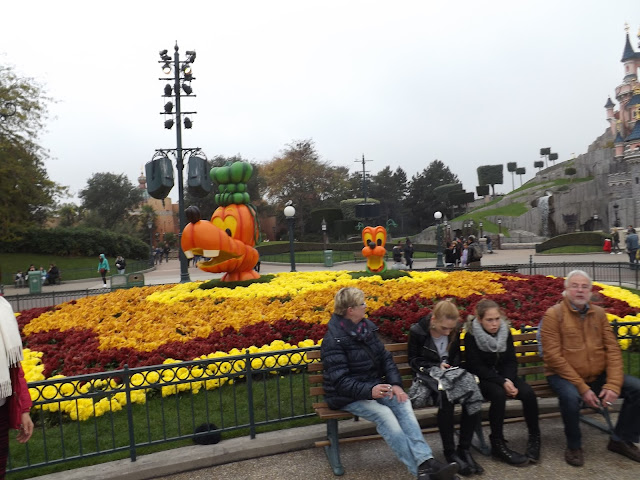 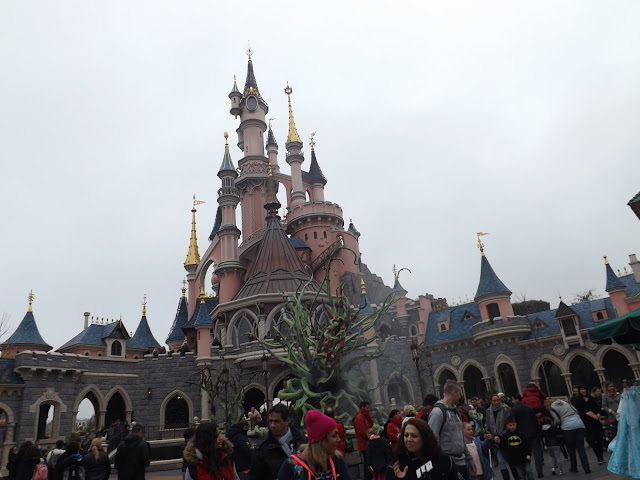 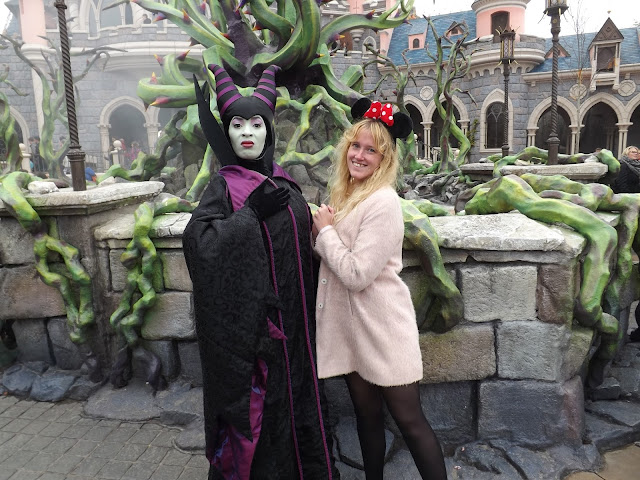 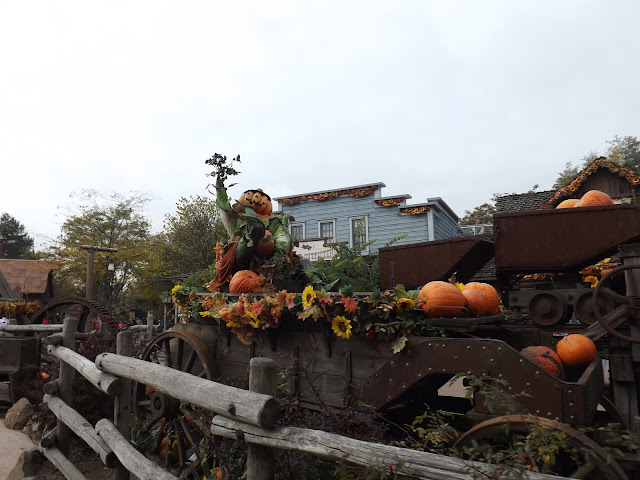 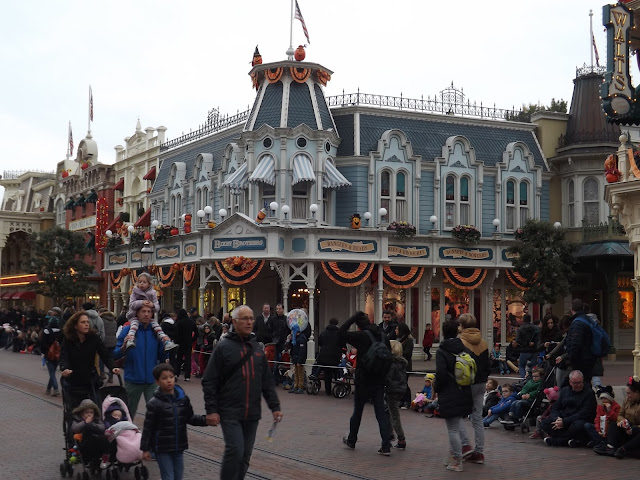 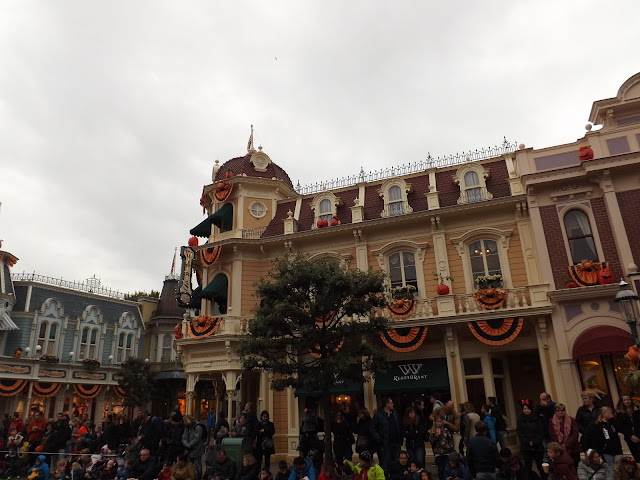 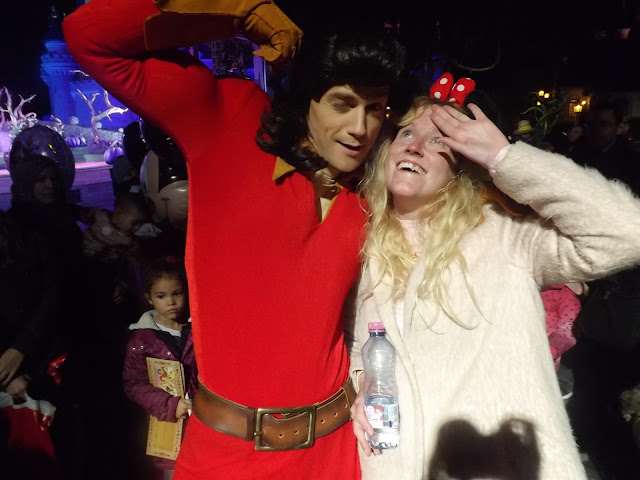 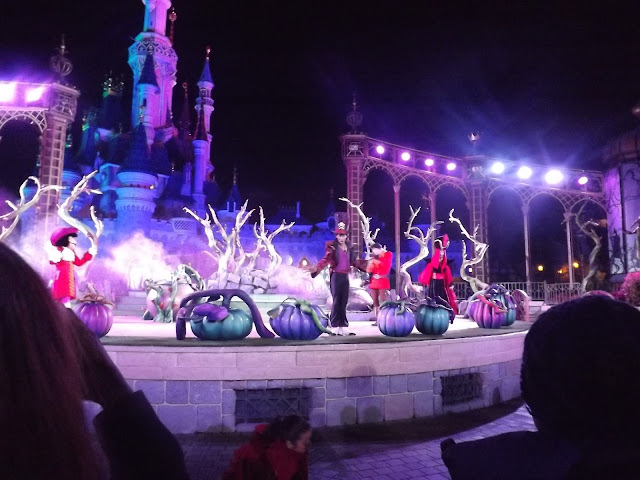 It's exactly a week until Halloween today, so I thought I'd share some photos of our latest trip to Disneyland Paris, where the Halloween festival was in full swing. I know Disney isn't everyone's favourite thing, but I do absolutely love it, and so, whenever I'm at Disneyland, I'm happy. I am also quite aware that we were only there in July, but I don't care; I'll spend my money on what I like (which is Disney) I love it a lot, that's all.

As you may know, they take celebrations very seriously at Disneyland, which means that the Halloween festival lasts throughout the whole of October and not just one day, and, as a Halloween lover, I'm very happy about that. Seeing as Lee is a Halloween fan too, it wasn't hard to persuade him to go to Disneyland again, so we hopped on the RER on our last full day in Paris not knowing fully what to expect.

When we got there, we went straight to the studios park to go on Crush's Coaster, as we missed out on that one last time due to wait times, and we honestly loved it, but it was so scary, especially for a kids ride! After we went on that, we decided to leave that park as there was nothing Halloween-y going on in there, and we headed to the Disneyland Park, where we were not disappointed. There was so much thought that went in to the decoration, they really went all out; even the lampposts were decorated as witches. The atmosphere was fantastic, and the park music even had interruptions from ghosts and screams in it.

We managed to get on every single ride we wanted to this time (bar Ratatouille, as it had a technical fault) and we watched Magic on Parade from a far better spot than last time, and Aurora even rode past us, which was amazing. After the parade, we walked through the castle to Fantasyland, and saw Maleficent meeting people. I'd not met a character in years, so I eagerly got in the queue and met her, it was amazing; we discussed her thorns and how good they were for keeping Philip away. After a second ride on some rides, and a hot dog from Casey's Corner, we went to watch the villain show, and then I met Gaston, which was hilarious! We finished the day by watching Dreams, and went back to our hotel with the biggest smiles on our faces. We're planning on actually staying over next time, and I honestly can't wait. 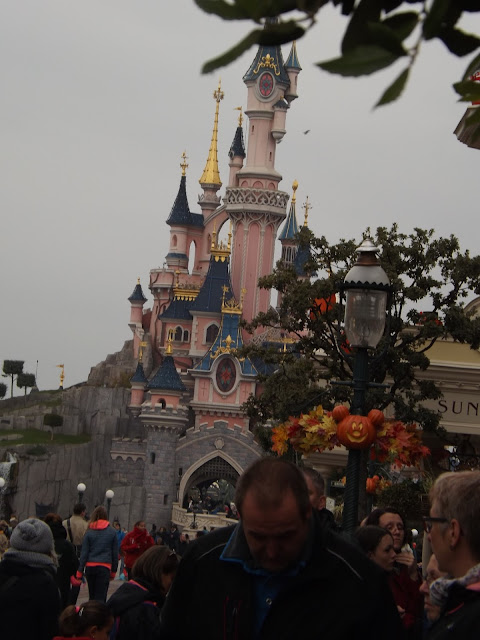