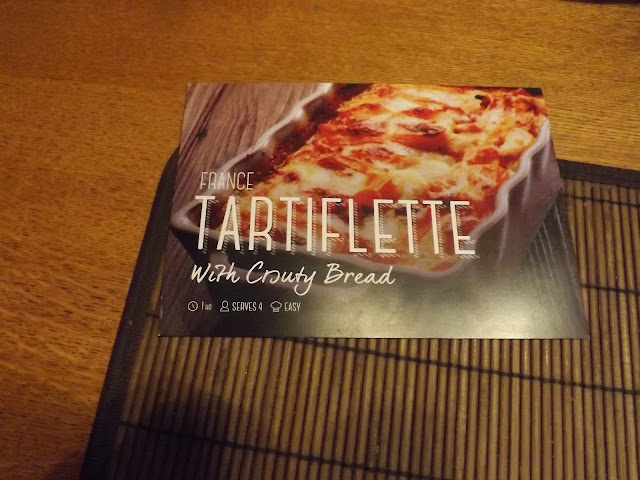 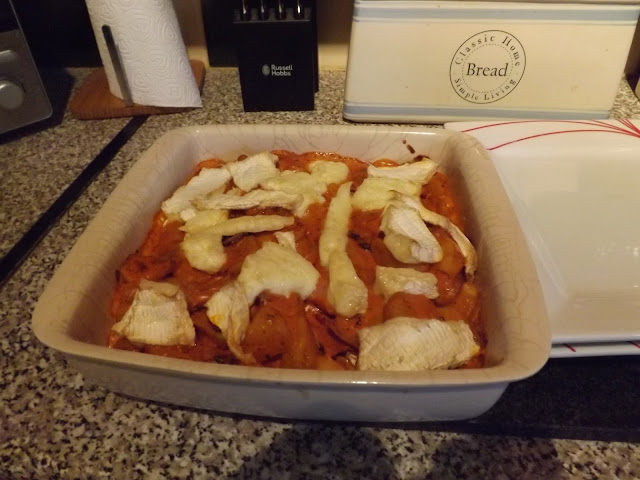 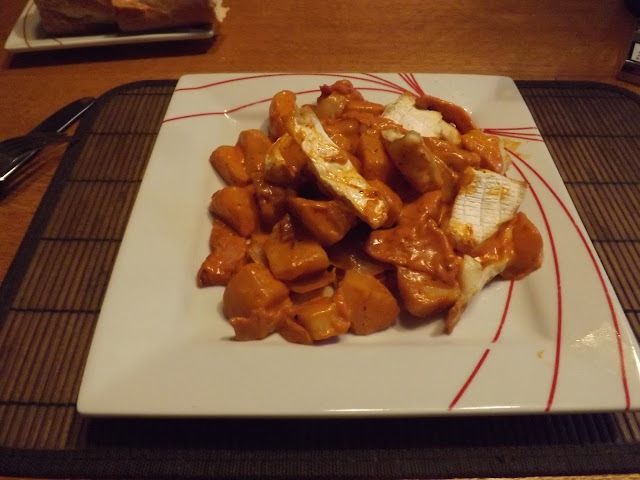 I would love to be able to cook more things from scratch, so when I was contacted by the people over at ski total to make one of their skiing-inspired recipe, I thought, why not? And then I saw a recipe from my favourite, France, and I knew that was the one I wanted to make. I, however, did my own spin on the recipe for a couple of reasons, so I'll show you what you should buy, and then what I bought.

For the actual recipe, you will need:

For what I made, you will need:

Potatoes (1kg)
Bacon
Onion
Tomato pasta sauce (because I do not like creamy-tasting sauce, so I used a tomato-y one instead)
Brie (because I could not find reblochon cheese. Anywhere)

1. Preheat the oven to 200c. Boil the potatoes, and then cut them up when they have cooled down a bit.

2. Chop the onion and bacon, and fry them in a bit of cooking oil.

3. Put the potatoes, onion and bacon into a large pan, add the sauce (Creme Fraiche and white wine in the real recipe, tomato in mine) and simmer for around 5 minutes.

4. Top with the cheese and bake in the oven for around 20 minutes.

It really was the easiest meal to make, and I even took the leftovers to work the next day. If all meals are this easy to make, I'm sure I'll be cooking plenty more in the future. Thanks again to ski total for asking me to join in.