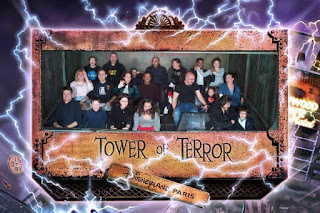 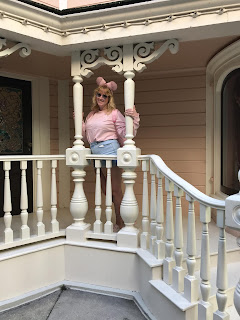 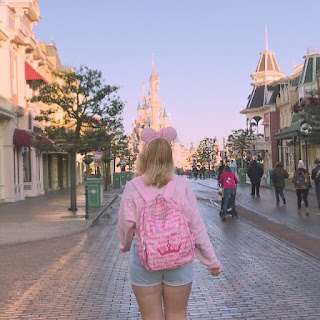 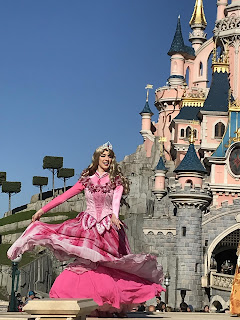 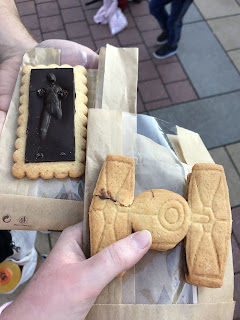 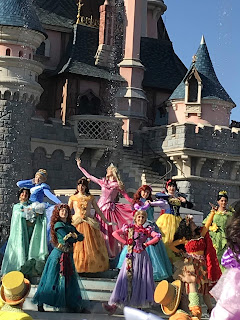 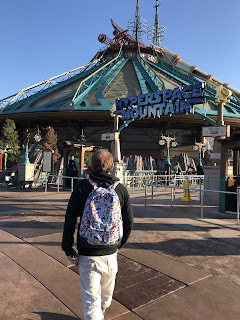 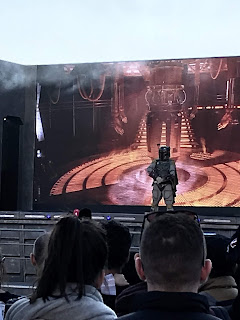 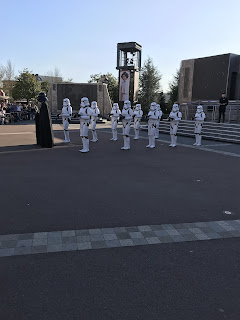 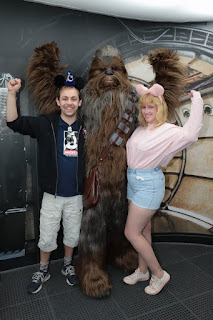 Day two of our Disneyland Paris trip started with extra magic hour, where we took some photos and rode Hyperspace Mountain. We then got fast passes for Big Thunder Mountain and had some breakfast, and then watched Team Princesses on castle stage. Then, whilst we waited for our Big Thunder fast passes, we got one for Peter Pan’s Flight, and went on It’s A Small World. We then watched Team Pirates again, and then went over to the studios, where we rode Tower of Terror, ate a Han Solo and TIE Fighter biscuit, watched the Imperial March and met Chewbacca! We had lunch at Bella Notte and rode Thunder Mountain and Peter Pan, watched more Make Your Choice shows and Stars on Parade, went shopping and ate a Casey’s hot dog, and then we watched Illuminations and headed back to the hotel via the Disney Village.