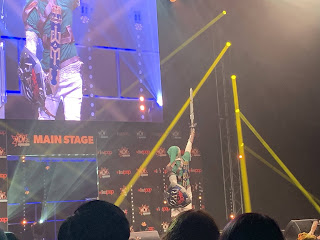 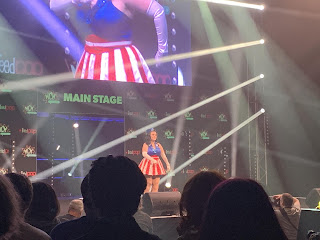 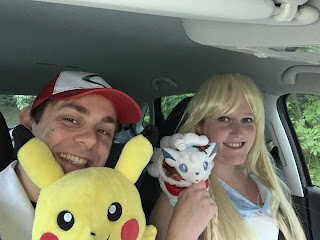 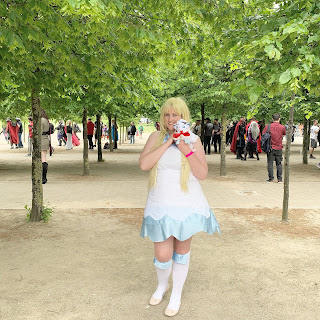 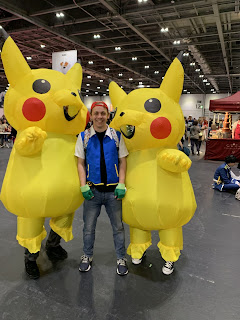 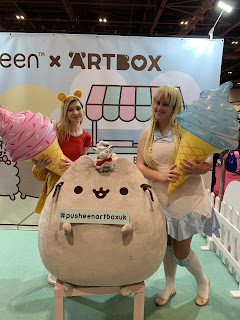 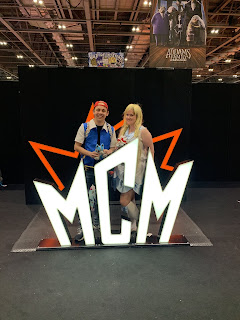 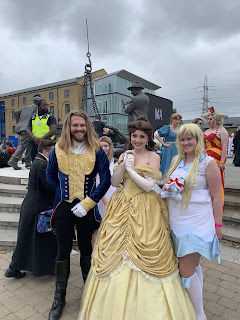 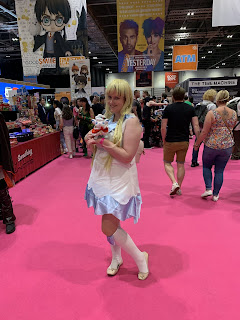 This past weekend saw the return of one of my favourite events: comic con. Having not attended May MCM in almost two years, and after finally making a new cosplay, I was eager to get back and feel the joy I always get from being able to just be a nerd.

The day started very early (I couldn’t get the full weekend off work) with us setting off from Stockport at 6:30! Our tickets were covered from 11am, so we knew we’d make it in time, and we did; arriving at the ExCel at 10:33. After finding somewhere to park, we made our way into the con centre. We had a bit of queue time, so we spent a little bit of time spotting cosplays we recognised, and then we were let in. Sam immediately found some Lego that he wanted to purchase, so we spent some time browsing the stalls and getting compliments on my little Alolan Vulpix friend. We found so many good items, and we bought some artwork before heading for lunch at Cho Zen Noodle.

After lunch and a little rest listening to the performances on the Pop Asia stage, we went outside for some fresh air, where we saw some more amazing cosplays and took a few photos of our own cosplays. It was a breath of fresh air but soon started raining, so we headed back inside to do more damage to our respective bank accounts. After we’d bought what felt like the entirety of con, we headed to the main stage to watch the cosplay masquerade, where I predicted the winner as soon as they’d done their performance.

Then, quick as a flash, the con was over. We admittedly got lost in the car park because neither of us had decided to pay any attention to where we were in the morning, but we eventually found it and had a nice easy drive home, already planning the next one. It was truly one of the best cons I’ve had in a while, so I am very excited about the ones to come.