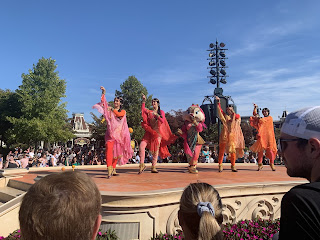 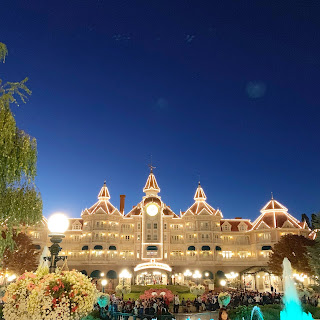 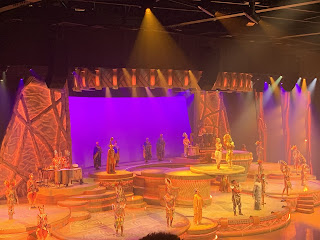 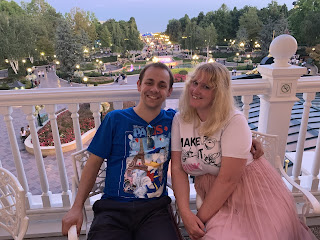 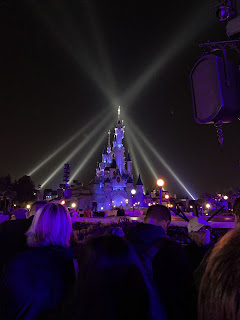 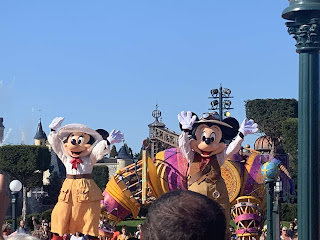 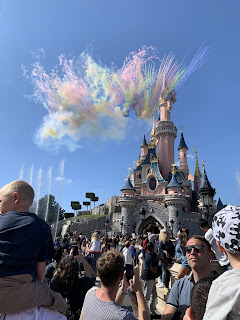 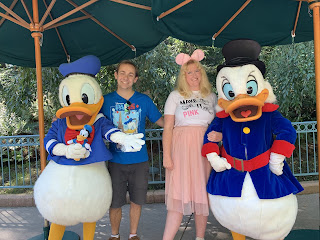 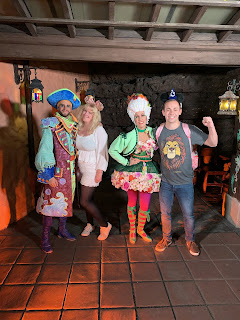 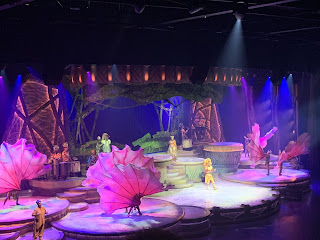 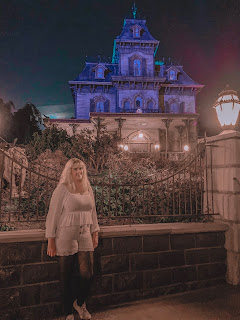 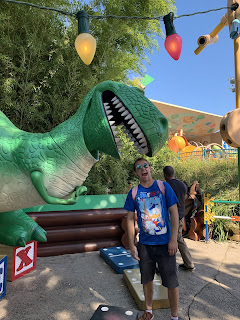 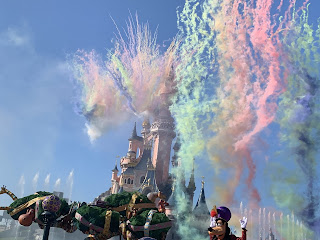 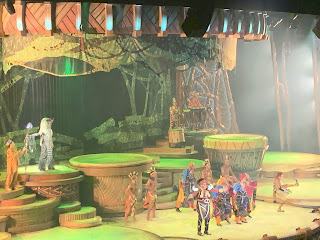 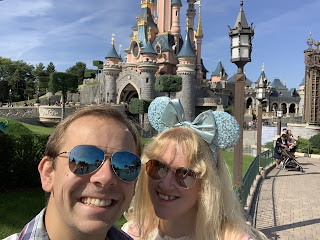 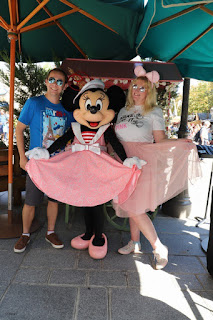 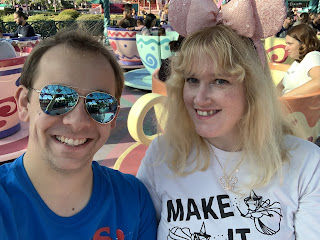 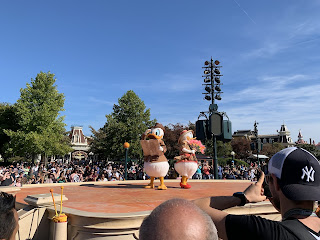 As I mentioned earlier in the week, during my blogging hiatus, myself and Sam went to Disneyland Paris with my parents for the 100 characters Annual Pass party. We went Friday-Monday, and because it was such a busy but short trip, I thought I’d put it all in one trip report, instead of splitting them like I usually would. So, here we go.
We arrived at Disneyland Paris on Friday afternoon, so we went to check in to Hi Park, got changed, and headed to the Disney Village for food. We ate in Planet Hollywood, which was very nice indeed, and then we headed towards the park to get in the queue. We queued for about 2 hours to get in, and as soon as we got in all hell broke loose and people were running everywhere. Sam and I headed over to Phantom Manor to meet the Ravenswoods, and that was about the most successful part of the night.
After walking around in the pitch black and getting turned away from the Tarzan and Pocahontas queues, we got in the Lion King queue hoping to get the hyenas. DLPs one photo and move on rule broke down when the rare characters came out, and so we got Timon. After that we found out the Betty Rose/Jimmy Ocean queue was short, so we went to get in that, but only met Betty as Jimmy had gone. Fast forward past us not being able to meet others as their queues were closed, we met Lumiere, and then went back to meet Jimmy and Betty together, and then that was it. We then watched the final show, which was really good, but we, like so many others, left the party with a bitter taste in our mouths.
Saturday morning we had a little bit of a lie in after not getting to bed until 4am, so we went in the parks and got a BB-8 burger. The parks were insanely busy, so we got the LE pin I wanted, watched the Jungle Book Jive twice, went on Star Tours, looked around some shops, and went back to the hotel early via Earl of Sandwich, for a lovely bubble bath and an early night.
Sunday was a bit more productive. We went to the park, met Donald and Scrooge, went on Casey Jr and the Teacups and caught some Turtwigs (it was community day on Pokemon Go) before getting in the queue for Rhythms of the Pride Lands. The show was amazing, and it made Sam all emotional, so I’d say it was a success. We then went over to the Studios and checked out le Rendezvous Gormand for lunch, and we also met Parisian Minnie.
We then headed back over to the Disneyland park, where we went on Small World, Star Tours and Hyperspace Mountain, got another BB-8 burger (Sam loves them) watched the parade, and went to Cafe Fantasia for one of the seasonal cocktails. Mine was delicious and I’m glad we made time to go get them, as we sat outside on our own, so it felt like we had our own private balcony. We then went and looked in the shops in Disney Village, and went back to the hotel to pack and sleep before our 5am airport pick up on Monday morning.
All in all, it was a bit of a busy trip, but Sunday definitely saved it from being an absolute write-off. As always, I enjoyed the magic of Disney, and the atmosphere, but not the sheer amount of people. 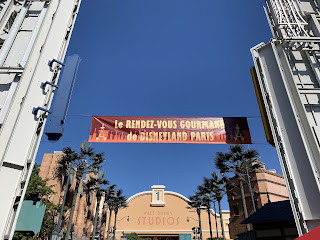