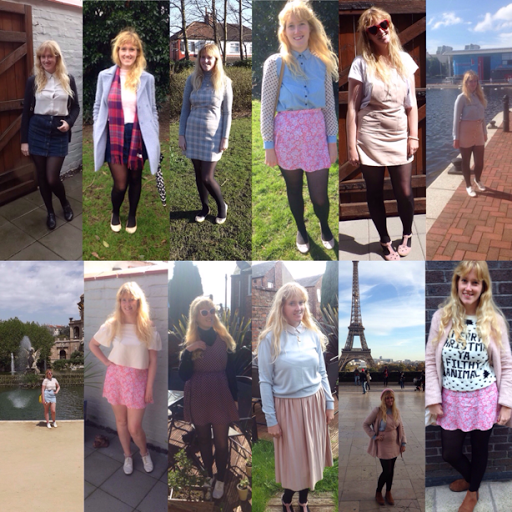 I've always doneoutfit posts as long as I've been blogging, so it is natural that one of my 2016 round up posts would be an outfit one. I've split it into little three month blocks, makes it easier to talk about that way. The one thing I've noticed is that this year I've sure worn a lot of pink. So, here we go: 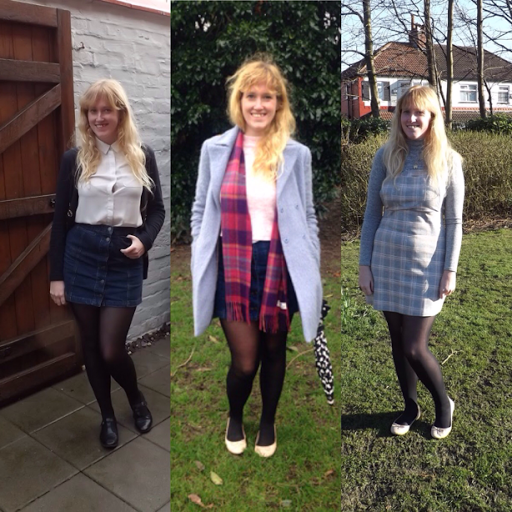 January - March
In January I wore an outfit inspired by the wondrous Olivia, which was by far the coolest outfit I've ever worn, because Olivia is super-cool. February saw my love of pink clothing start, wearing a jumper that I got for £7 in the sale. I kept it on the cooler side by pairing it with the denim skirt from January. In March, I bought this beautiful pinafore dress from New Look, and wore it all the time (not gonna lie, I still wear it a lot now). 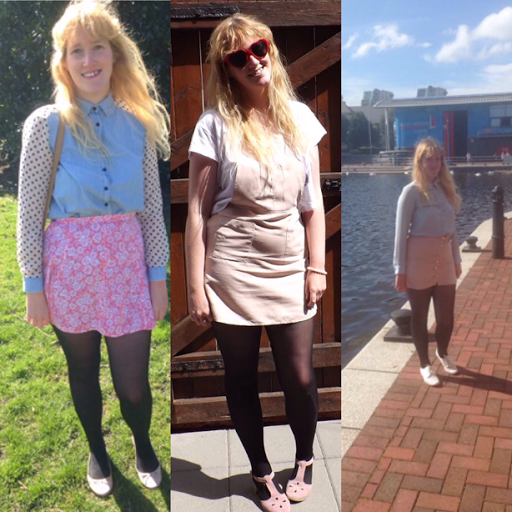 April - June
In April I decided to start having some fun with prints, and wore a printed skirt and a printed blouse on a wonderfully sunny day. In May I bought another pinafore dress ans wore it all the time. I also started wearing my absolute favourite shoes ever more and more as the weather started to pick up. In June I got a pink suede skirt, so instantly started pairing it with everything blue that I own (my favourite colour combination, dontcha know) 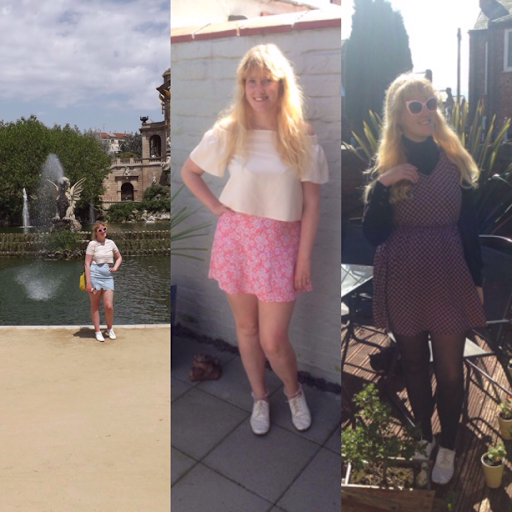 July - September
In July, myself and Lee went on a non-Paris holiday (I know) to Barcelona, and I had to use the gorgeous fountains as a backdrop for an outfit post (plus they kept me cool in the extreme heat of Barcelona) I also got a new skirt. In August, I finally wore a Bardot top, and I wore it everywhere, it also kept me cool. I am a wimp to the cold, so, as soon as September came around, I started layering turtlenecks under everything. 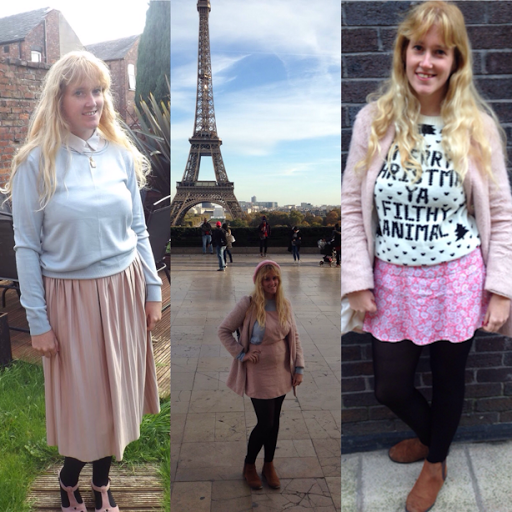 October - December
In October, we were blessed with a couple of sunnyish days, so I got my favourite pink shoes out again, to wear with my favourite colour combination (and another skirt I wear all the time). In November, we went to Paris, and I wore the pink pinafore at Trocadero (I wasn't kidding when I said I wear it all the time, was I?) and it quickly became one of my most popular Instagram photos of the year. And in December, I naturally wore a Christmas jumper.

And that's my outfits of the year. I didn't do as many as I thought I would've done, but I got clothes for Christmas, so expect a lot more in 2017.