What I Bought in Disneyland Paris 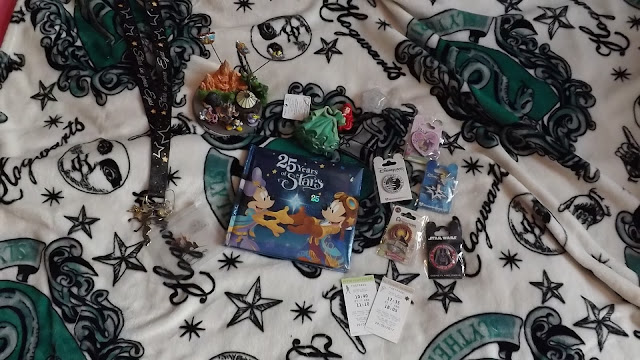 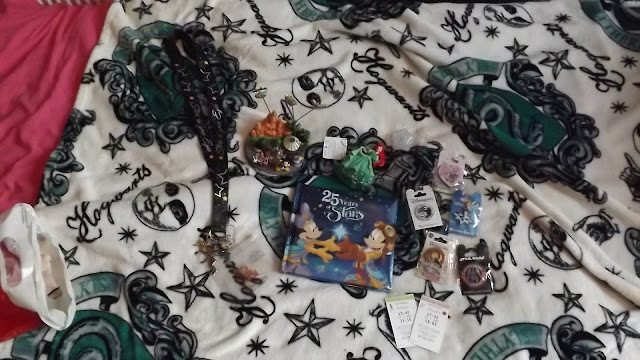 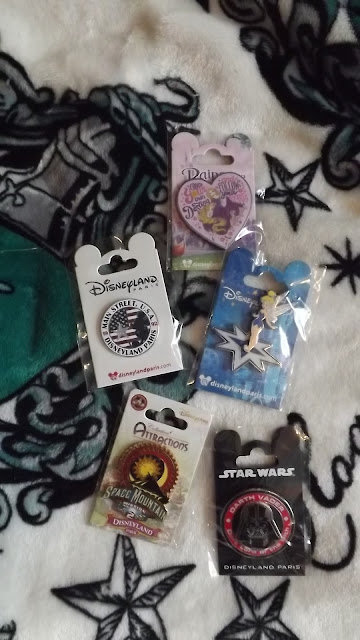 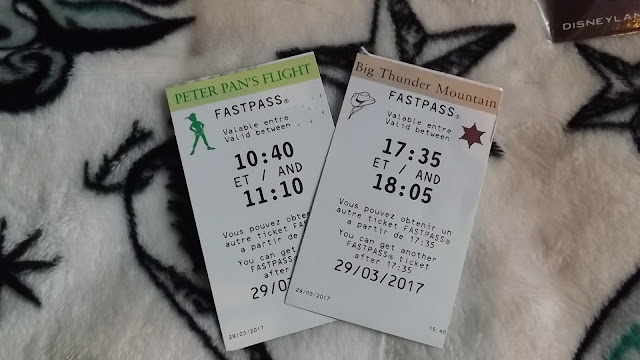 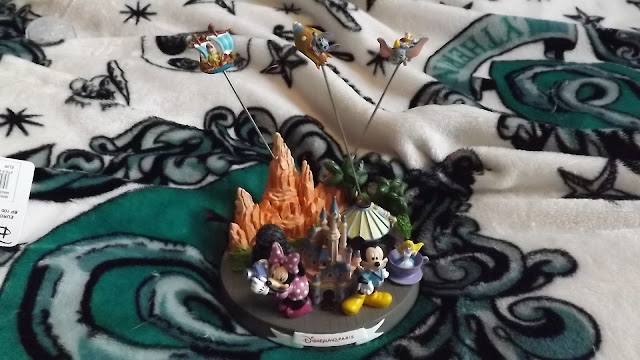 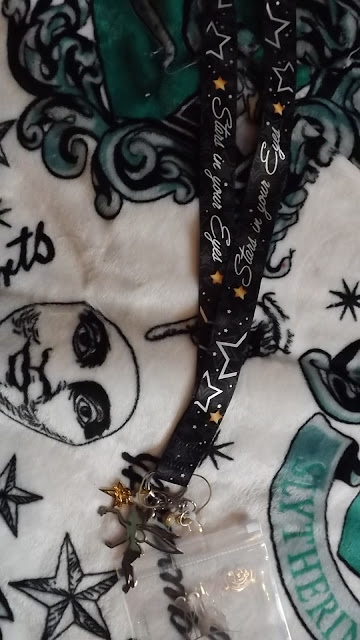 I hate the word haul, so when I was going about deciding how to present the things I bought in Disneyland Paris, I came up with this title. I was originally going to do this as a YouTube video, but my voice doesn't feel like sticking around at the minute, so I am presenting this to you as a blog post. So, without further ado, here are the things that I bought in Disneyland Paris.

Autograph book and pen.
These were the first two things that I bought when we got there. I knew I wanted a 25th anniversary one, but what I didn't know was that the autograph book was one of those ones that is for an autograph on one side and a photo on the other, so I had to sacrifice a few pages for that, but I didn't really mind as I had enough room anyway.

Lanyard and wallet.
I decided that I was going to get a lanyard for my Annual Pass on this trip, but I didn't want one that was themed to a certain film. So when I saw this 25th anniversary one, I knew I had to get it. It has a Tinkerbell on and a 25 symbol. I also got the wallet, as I wanted a plain one. It has the castle and the earful tower on it. In this wallet I also have the Annual Photopass that Rachel and I bought between us.

Figurines
I bought two figurines on this trip: an Ariel to add to the princess collection I have, and the Disneyland Paris one pictured above. I love this one because it has classic attractions from the Disneyland Park on it.

Pins.
I bought five pins on this trip. I wanted the Mickey and Minnie 25th anniversary one too, but we only saw it once during the whole trip so I couldn't get it. I did, however, get the Tinkerbell 25th anniversary one. I also got a Space Mountain: Mission 2 one as it is one of my favourite rides but is being rethemed, so won't be called that for very much longer. The final pin that I got which was Disneyland Paris themed rather than just a character one was a Main Street USA 1992 pin. I also got two character pins: a Rapunzel one that says create your own destiny and follow your dreams, and a Darth Vader one.

Miscellaneous.
As I said earlier, me and Rachel got an annual Photopass and split the cost, since we figured we'd probably be going together a lot. It was well worth the money, we had about 50 pictures from this trip alone! I also got a 25th Anniversary Glowtini, so I kept the cube, which is star shaped and glows a different colour every time you press it. The final thing I got (other than presents) was two Fastpasses that I will never use, so I guess I now collect fastpasses.

So yeah, that's what I got from Disneyland Paris. I'm sure I'll keep adding to my collections the more I go, so keep your eyes peeled. I also have a lot of Disneyland Paris content coming your way, I hope you enjoy it all.