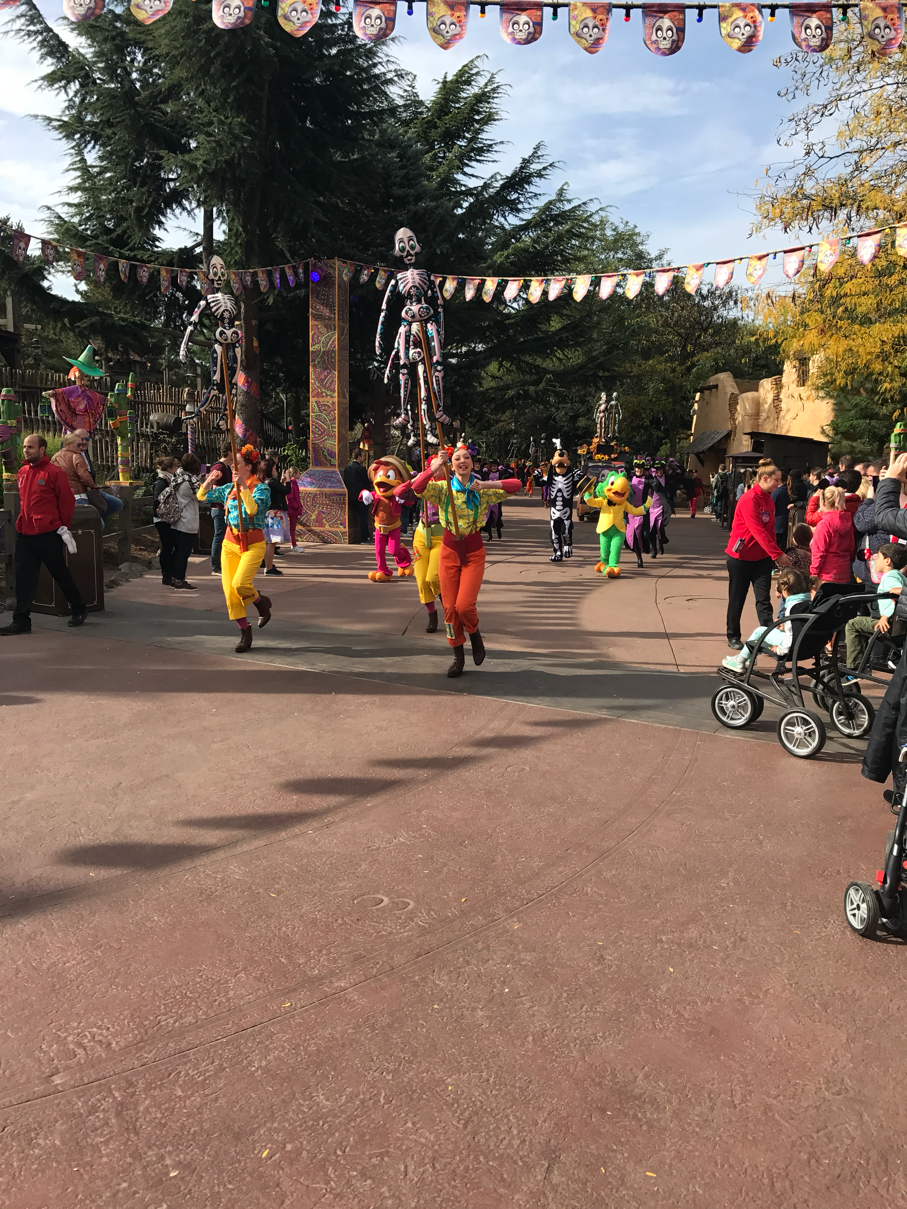 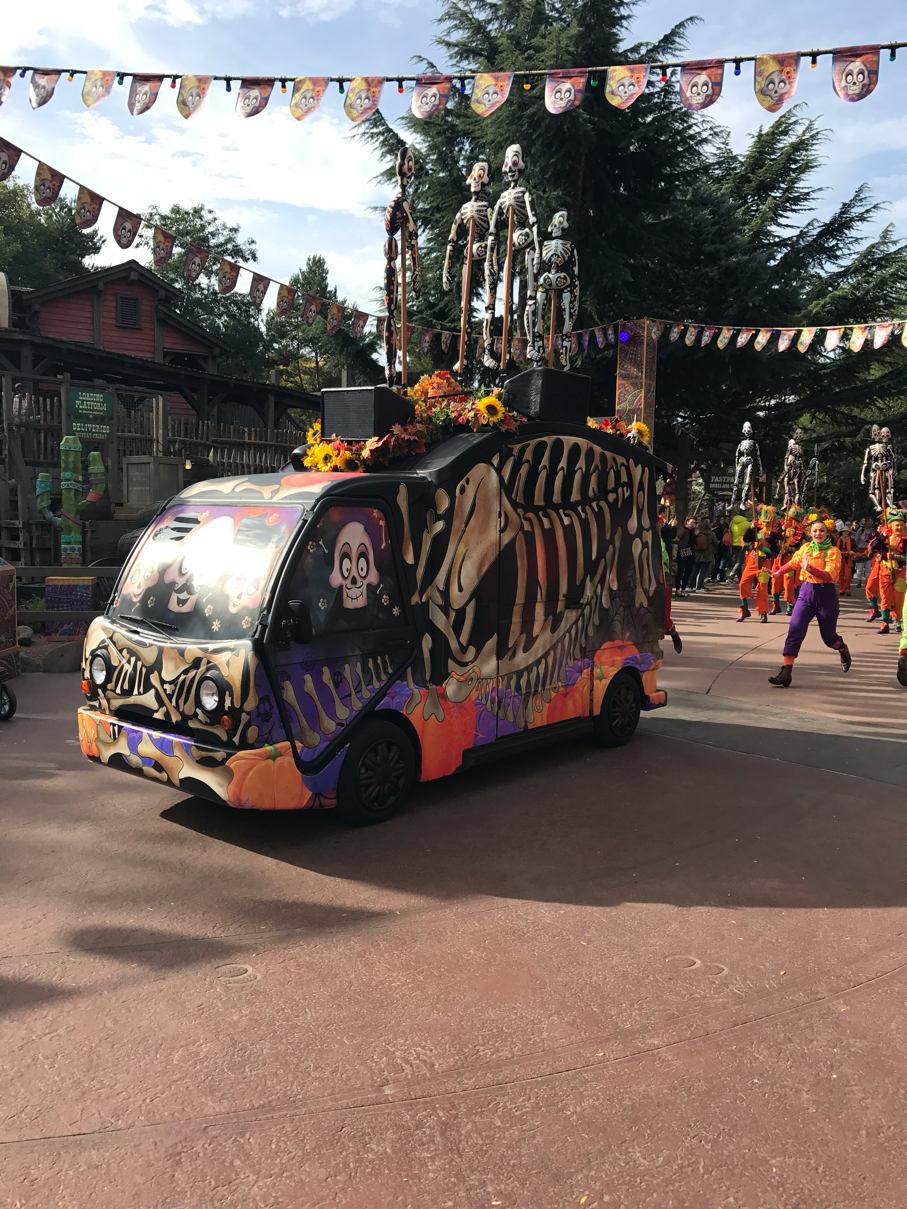 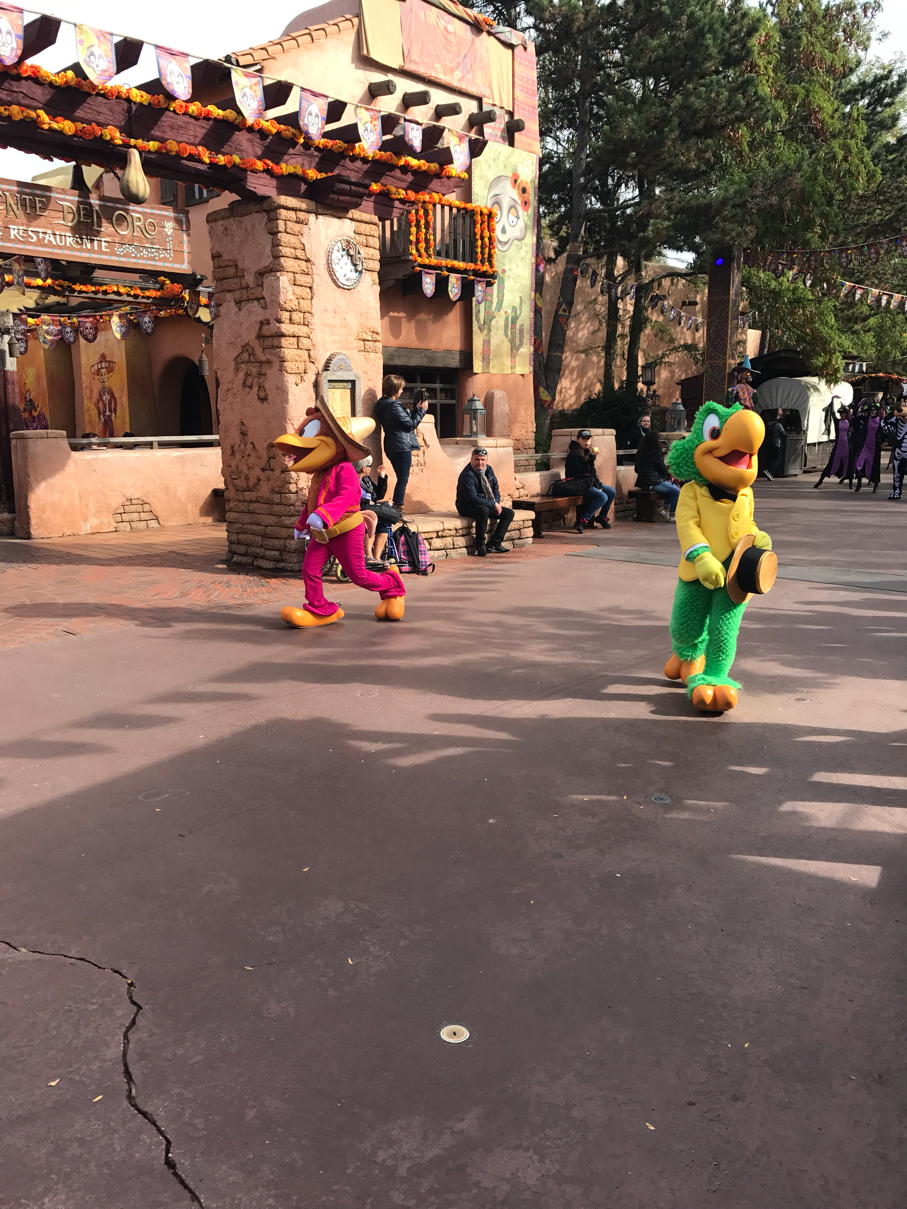 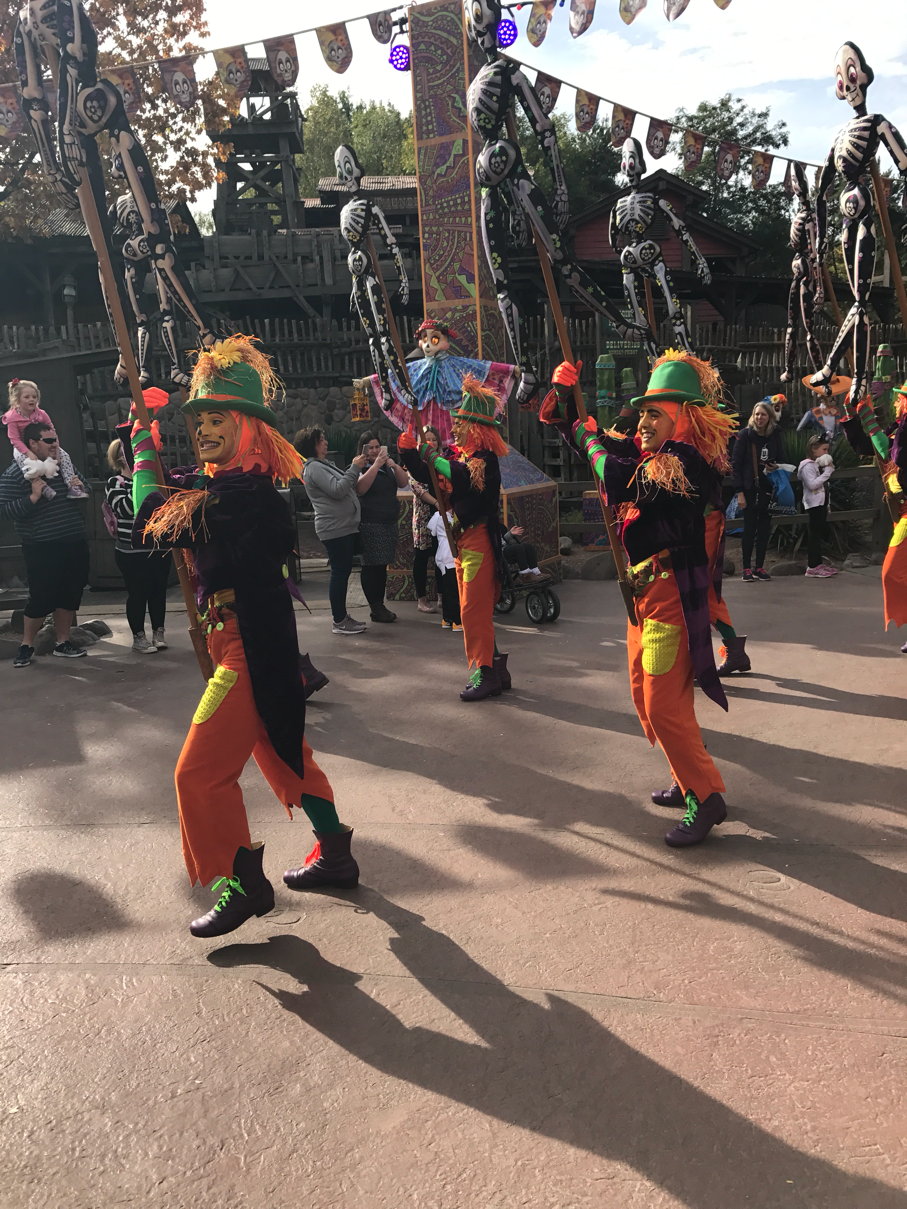 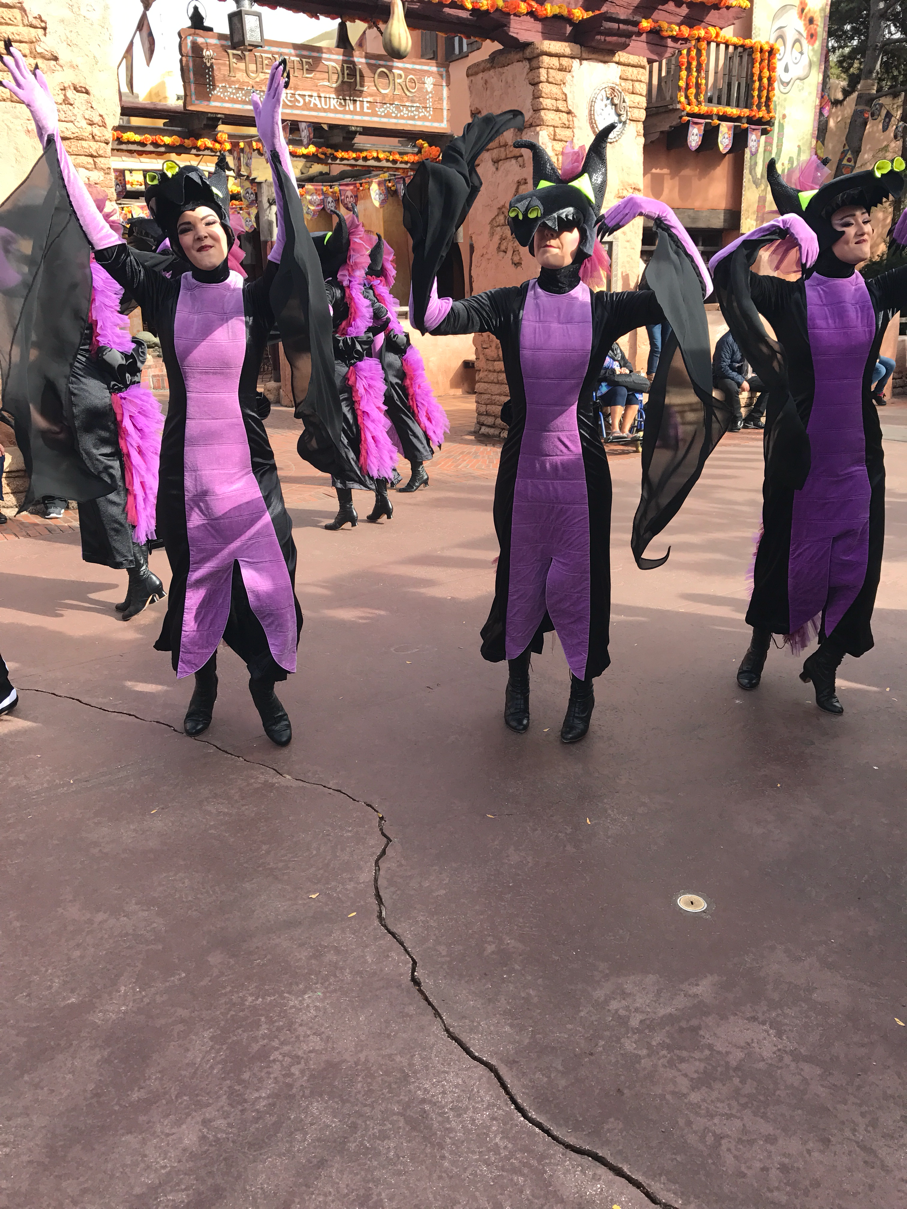 The second new cavalcade for this year's Disneyland Paris Halloween is Goofy's Skeletoon Street Party; a cavalcade that, rather than going down the traditional parade route, goes up and down Frontierland, from the Chapparal Theatre to the Rustlers Shooting Gallery, and back again. It features Goofy (obvs) some Maleficent dragons, plenty of skeletons, and Jose Carioca and Panchito Pistoles of the Three Caballeros, which was amazing to see; I love it when there are rarer characters featured in things like this.

I actually really really love the song for this cavalcade, and I highly recommend finding it on YouTube, as it is such a bop. I also think the theme of it and the characters go really well with the decorated Frontierland, which I will be discussing very soon indeed. But all in all, I loved this cavalcade, and hope they keep it for a few years. 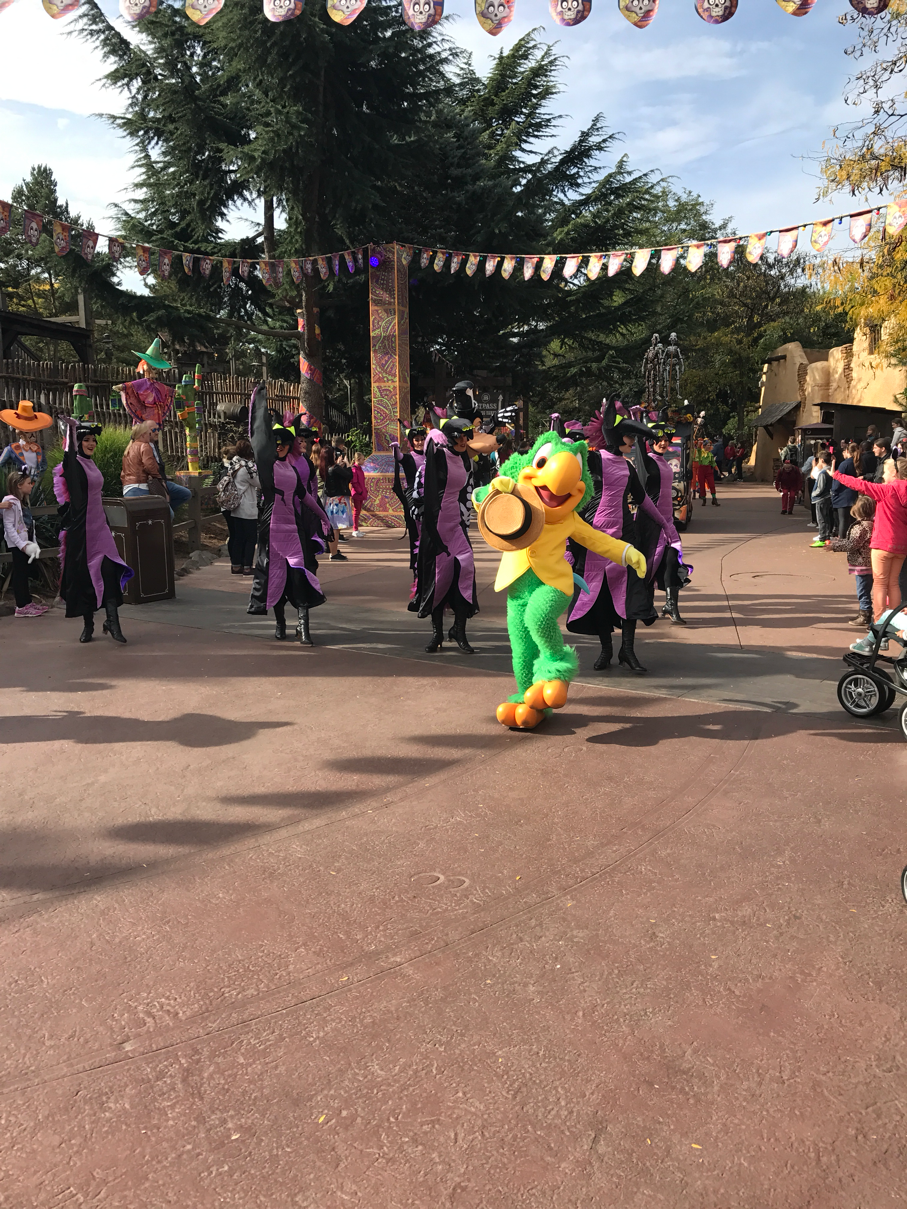