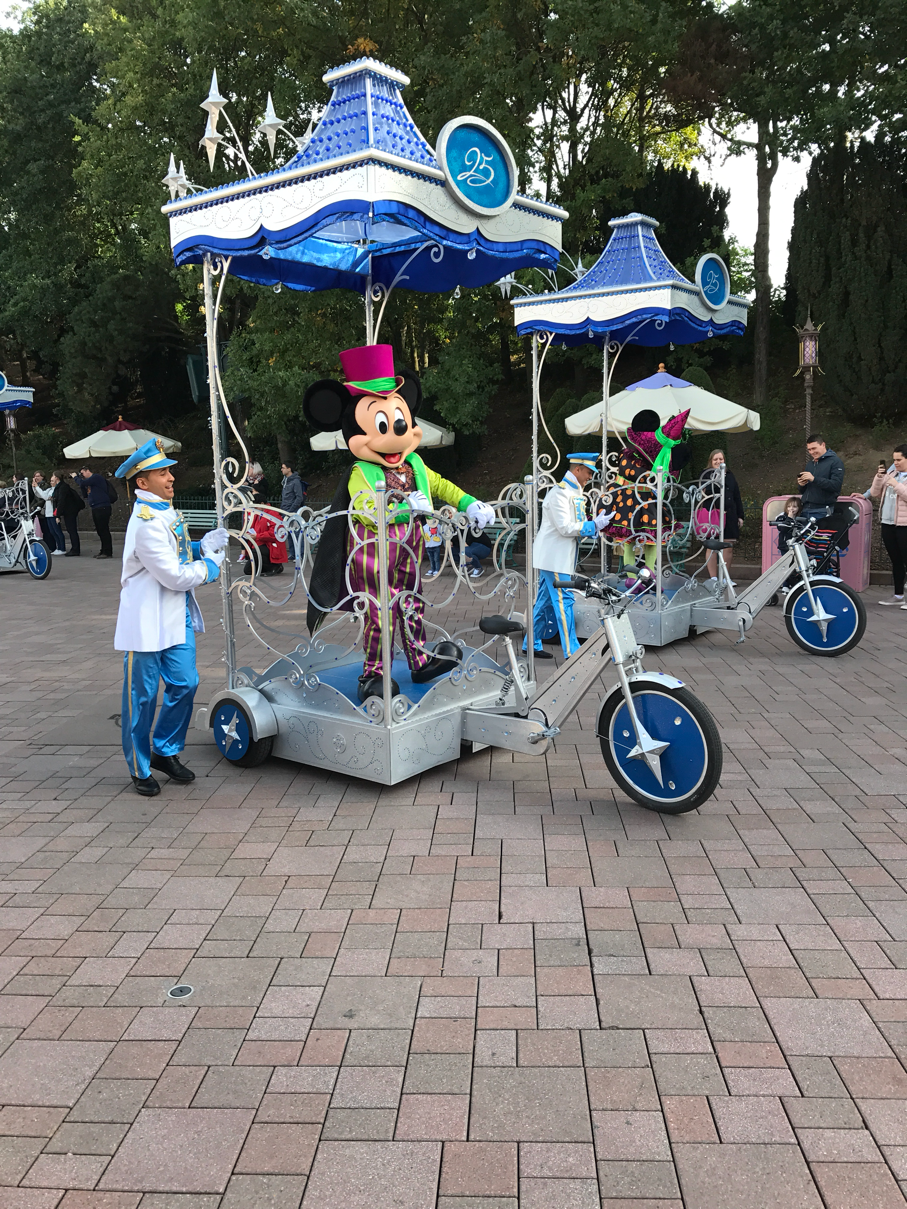 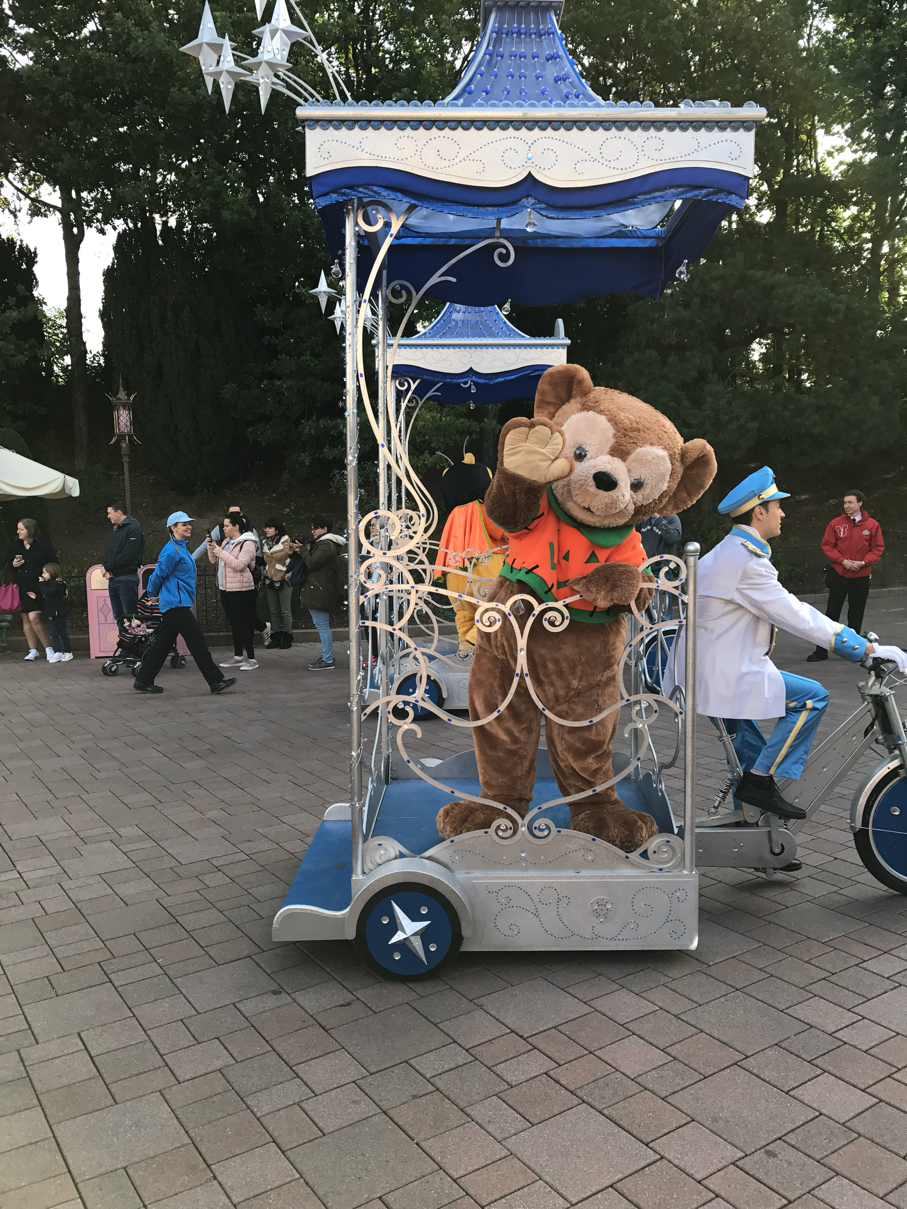 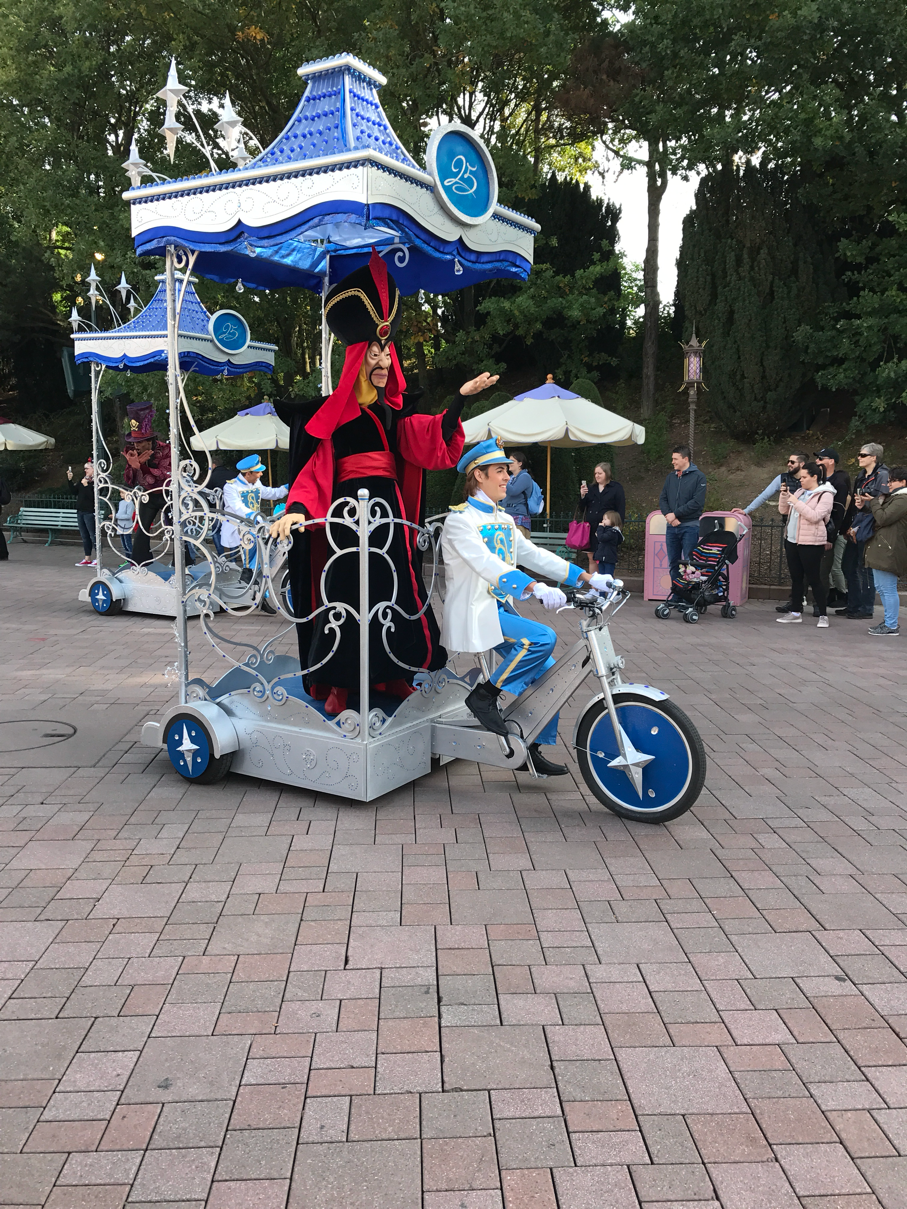 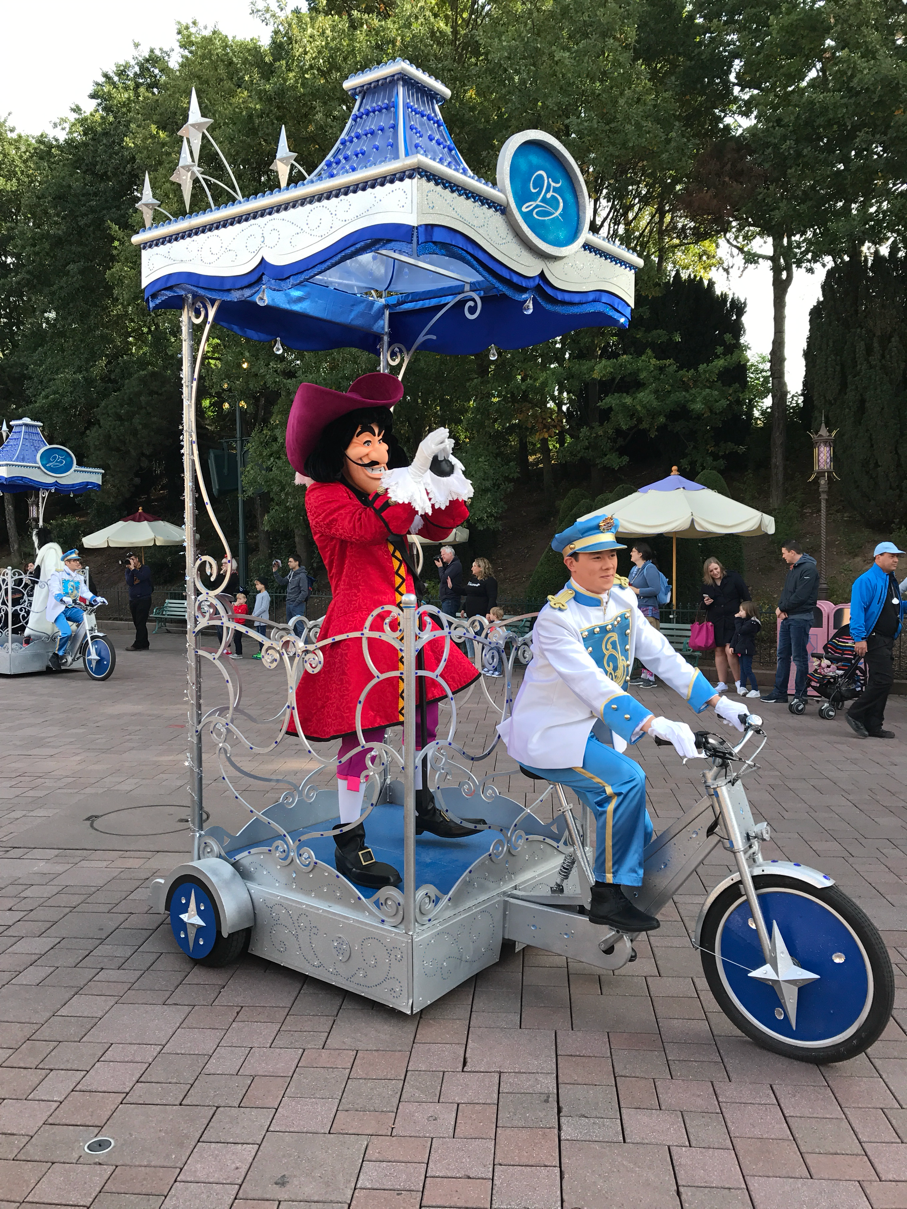 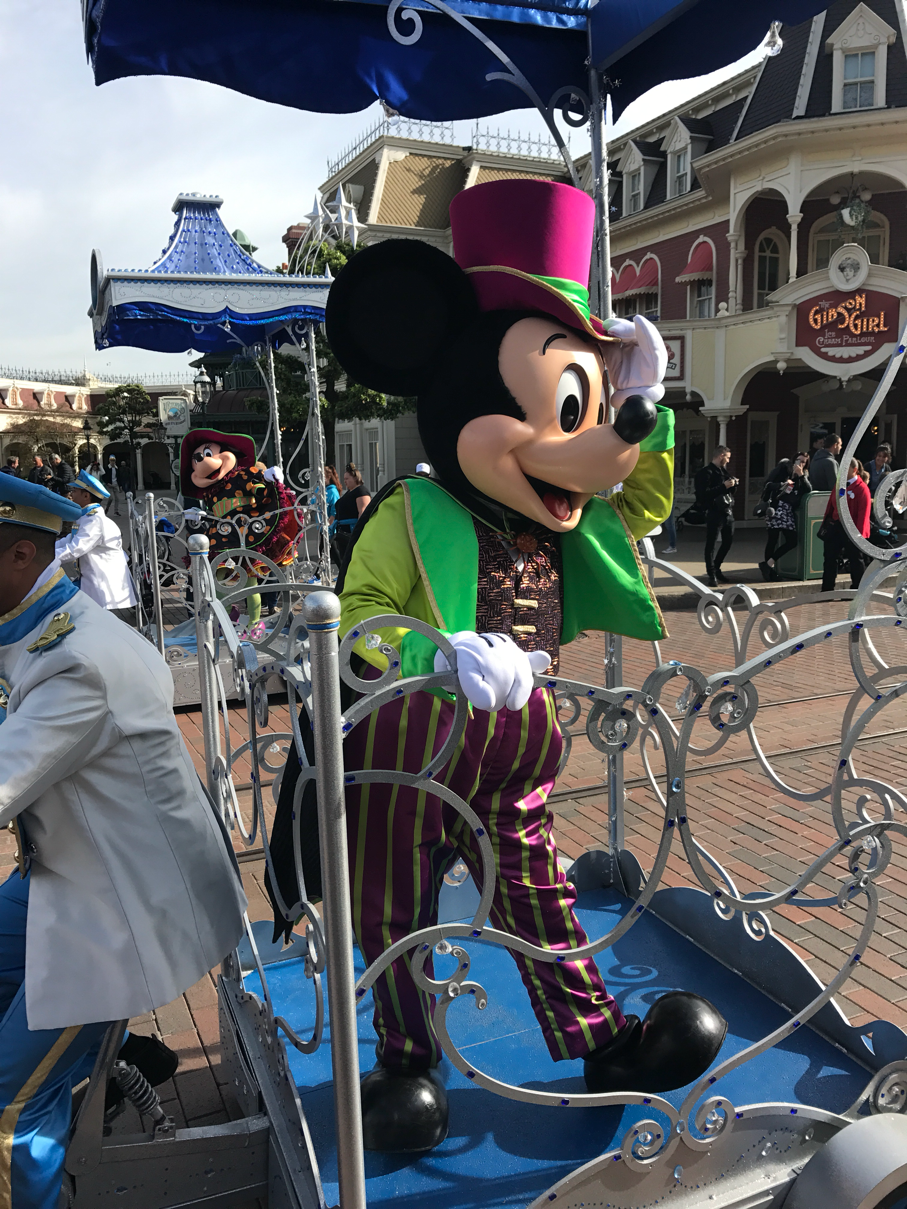 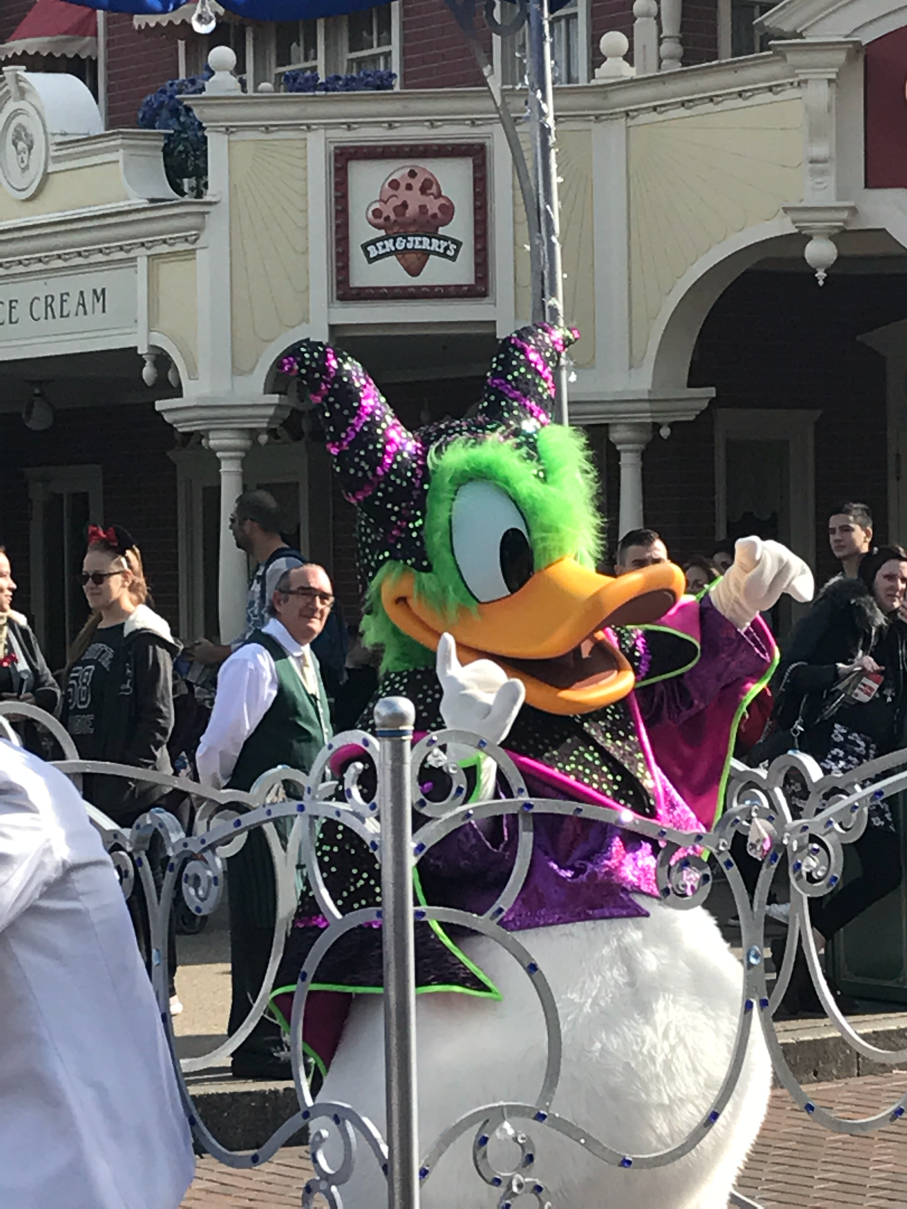 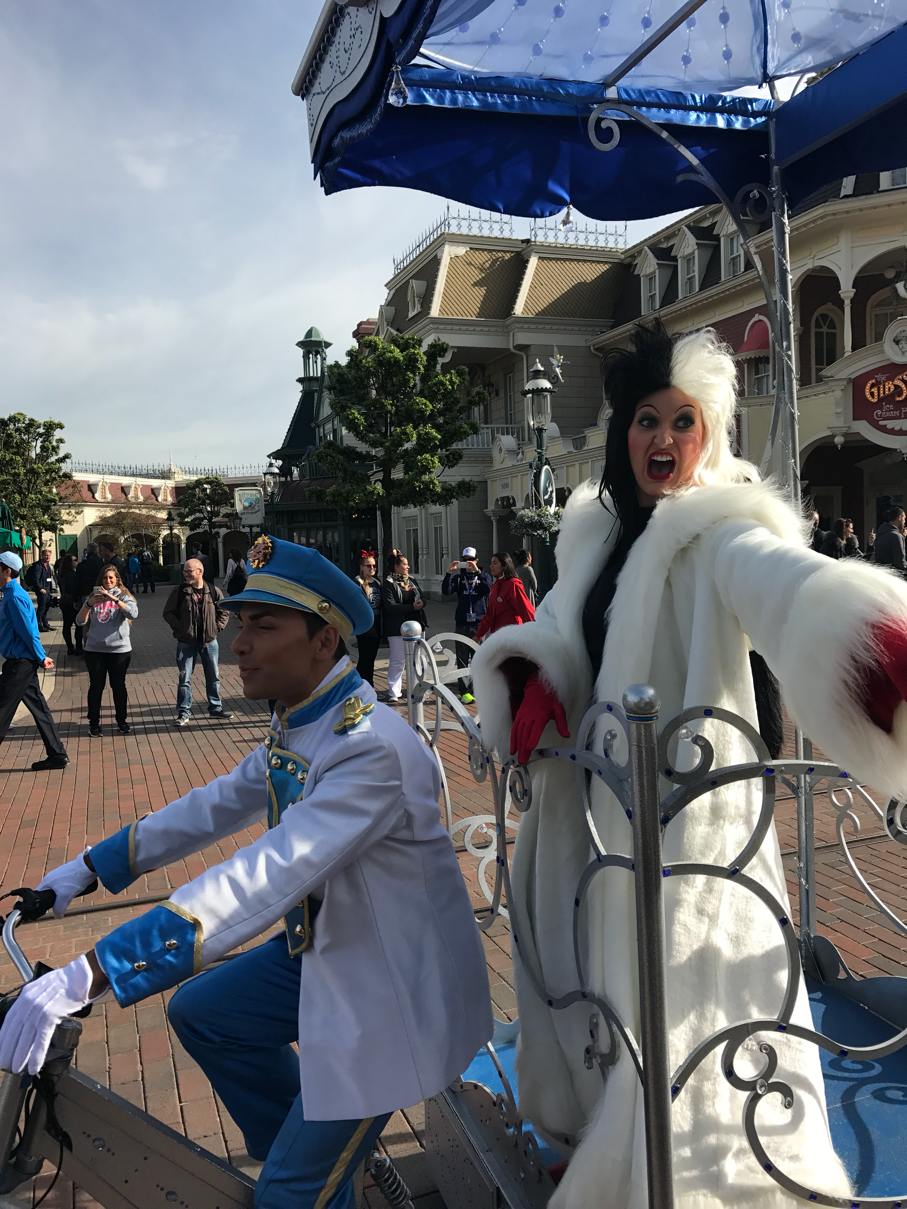 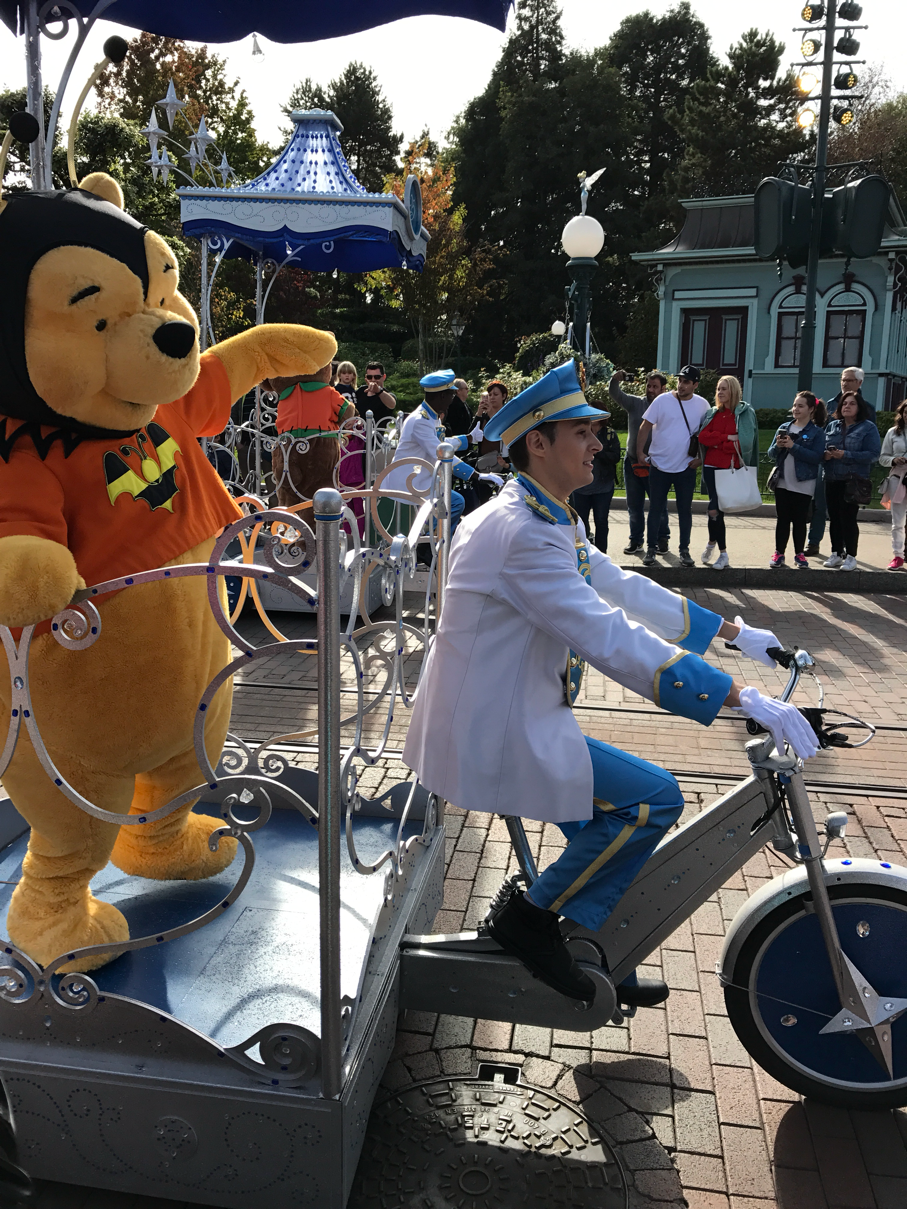 Halloween has arrived at Disneyland Paris, but it is a bit different this year; instead of having the usual Halloween cavalcade, there are two new ones. I went to see them a couple of days ago and so I thought I would blog about each of them separately, to prolong my Disney Halloween posts.

The first of the new offerings is Mickey's Halloween Tricycle Gang, a small cavalcade which goes up and down the usual parade route five times a day. The cavalcade reuses the tricycles from the 12th April celebrations, and, though they haven't been redesigned, I still think they were cute. The tricycles feature Mickey and Minnie in their usual Halloween outfits, and, the personal highlight for me, Donald in a Maleficent costume, Winnie the Pooh in a bee costume, and Duffy in a pumpkin costume. In my opinion these are adorable. There are also six villain tricycles featuring Frollo, Gaston, Cruella, the Old Hag, Dr Facilier and Captain Hook, which was also great. And lastly the song is adorable too.