29 Great Things That Have Happened In My 29 Years 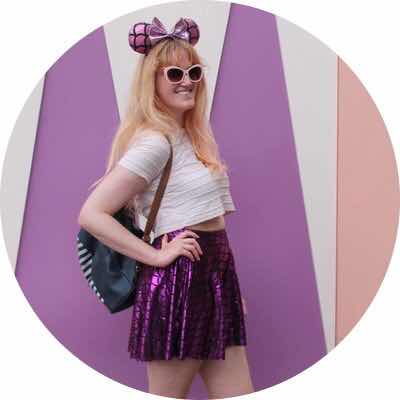 It is officially 30 days until I turn 30 (well, it’s 29 but because of my blog schedule I’m saying it’s 30) how crazy is that?! I definitely don’t feel like I’m leaving my twenties in a month, and hopefully I don’t look like it (lol) with this in mind, today I thought I’d share 29 great things that have happened to me in my 29 years of life.

1. Plenty of Disneyland Paris trips. (2 as a kid, and 11 as an adult)
2. Travelled to Amsterdam, Nice, Barcelona, Berlin, Tenerife, Fuertaventura, Gran Canaria, Majorca, Menorca, Rhodes, and probably other places I’ve forgotten.
3. Won the Macarena dance championship, of which I am still the reigning champion, by the way.
4. Met Jacqueline Wilson for winning a reading competition in primary school.
5. Got two degrees.
6. Started writing a couple of books.
7. Been to the Harry Potter Studio Tour.
8. Starred in various musicals.
9. Learned a new skill in cosplay.
10. Overcome a burst appendix at age 8.
11. Learned to be (mostly) confident with who I am.
12. Made some great friends.
13. Celebrated my birthday in Paris.
14. Stayed in three Disney hotels.
15. Got a first in my dissertation.
16. Went to midnight screenings of Harry Potter films.
17. Been to countless plays, shows, ballets and gigs.
18. Worked at a festival, twice.
19. Sat front row at a fashion show.
20. Been to many places in the UK.
21. Been an extra in a film.
22. Adopted a cheetah family.
23. Raised money for charities.
24. On the gifted and talented program at school.
25. Seen Andrew Garfield in the flesh.
26. Read so so many books.
27. Met some amazing people.
28. Been to some amazing museums/exhibitions.
29. Tried my best to live my best life.

I know some of these are only little things, but I’m an optimist so I see little things as great too. Here’s to making more great things for my next list.