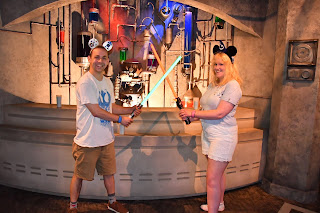 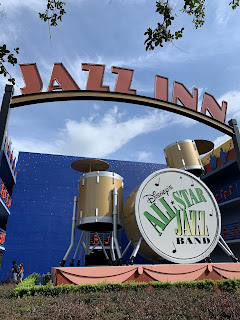 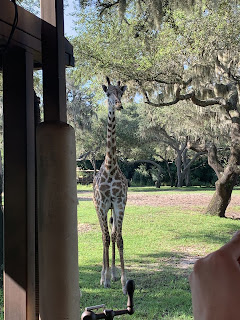 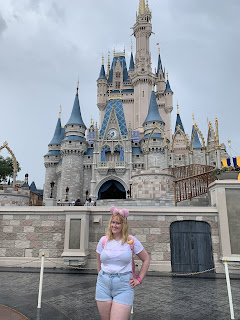 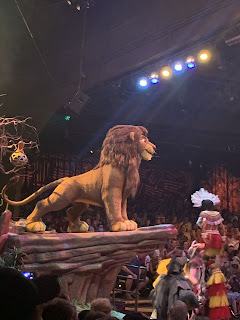 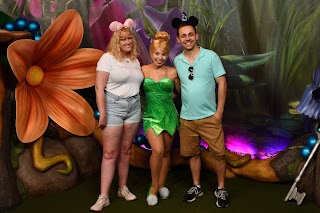 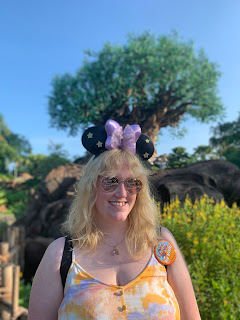 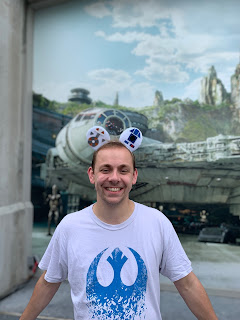 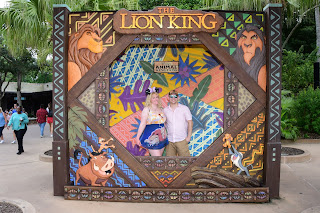 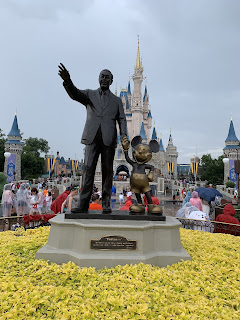 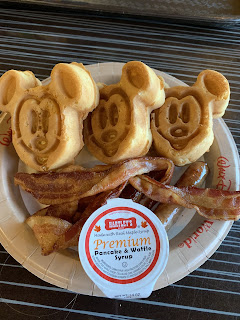 I finally made it to Walt Disney World!! I can’t quite believe it myself, but I’ve now been and so now it’s time for the trip reports. I thought I’d do them in two day blocks, so that the posts only last two weeks. Anyway, on with the trip reports.

We got up very early on Wednesday morning and headed to the airport, where everything went really smoothly and we were checked in, through security and ordering our food in record time. We got on the plane, which was amazing, and got comfy for our nine hour flight. The flight was really nice, the upgrade to premium was definitely worth it, and as soon as we knew it, we were in Florida.

We checked in to All-Star Music, where we were in the Jazz building, and then we got changed and headed in to Magic Kingdom. The rain had just started so it was a great time to get some castle photos, which we did whilst also soaking up some of the magical atmosphere that is everywhere in Disney World. We then headed into Fantasyland for our first ride of the trip: Peter Pan’s Flight. After our first ride, we wandered around the park looking at all the different lands, we saw the first ride Sam ever went on, saw the future site of Tron, looked in the cutest shops and took a stroll down Main Street before our first character meet of the trip: Tinker Bell. And then we watched Happily Ever After, which was unlike anything I’d ever seen before. We went back to the hotel and had the most dreamy night’s sleep I’ve ever had.

Thursday morning we woke up very early and headed into Animal Kingdom, but not before I got my Mickey waffles, which I was overjoyed about. When we got to Animal Kingdom, we went on the Kilimanjaro Safari, where we saw, amongst other things, a baby giraffe, and then we went on Expedition Everest, which was absolutely amazing, and was definitely my favourite ride of the whole trip. After the thrill of Everest, we went and saw Festival of the Lion King, and I got my first Disney snack; a Mickey Premium Ice Cream Bar. We both loved the show, and Sam especially loved it. We then went to Yak and Yeti for lunch, which was delicious, and then went to meet Mickey and Minnie and Pocahontas. We then went back to the hotel to freshen up and avoid the storm.

After we’d been back to the hotel, we went to Hollywood Studios and straight to Star Wars Launch Bay, where we met Kylo Ren, BB-8 and Chewbacca, who we got to go to the front of the line for because a Cast Member appreciated Sam supporting the rebellion. We then met Mickey and Minnie again, Olaf and Edna Mode, which was amazing. We went for some food afterwards, where we had lovely burgers and then we went on Star Tours twice, much to Sam’s delight. And then it was time for the thing I was looking forward to the most: Fantasmic! I was absolutely mesmerised and quickly decided that it was my favourite thing I’d ever seen. I immediately bought a Fantasmic t-shirt after the show, and we went back to the hotel extremely happy. 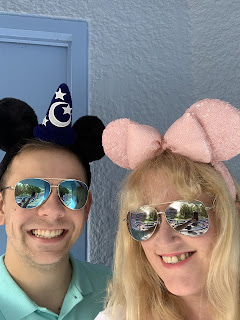