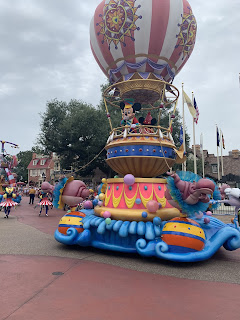 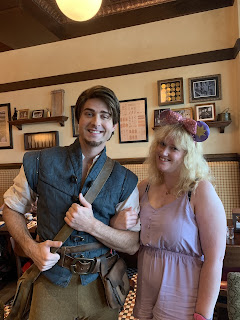 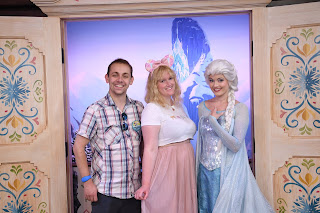 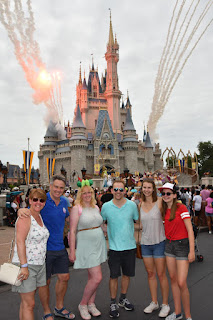 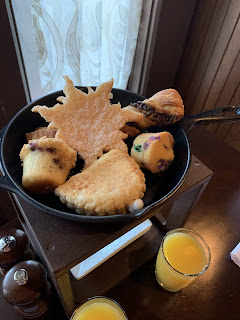 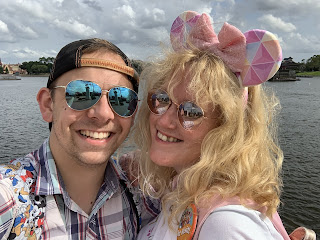 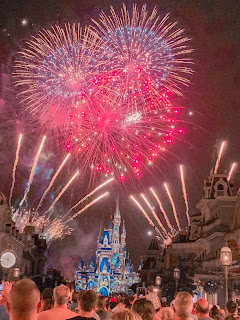 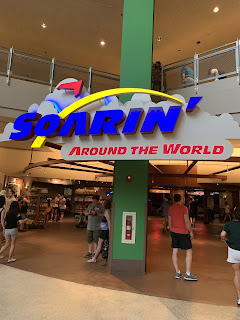 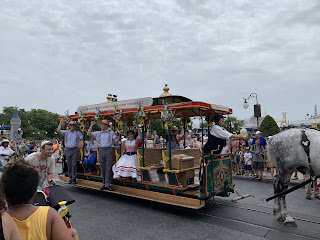 Day three of our trip began with a breakfast reservation at Trattoria al Forno, which I was really looking forward to. We got a really good seat and even got seated early, which, due to us not having eaten anything previously, we were very happy about. After breakfast, we got the boat over to EPCOT, where we wandered around, rode Frozen Ever After, met Anna and Elsa, found the bubblegum wall, and then decided we were going to do the DVC talk, which pretty much convinced me that I have to join up. Three fast passes and $100 in gift cards later, we headed back to EPCOT for our Soarin fastpass. After Soarin, we went on Mission Space and the Finding Nemo ride, and then we grabbed some food and met Baymax. We then took another look around the world, and then headed back to All-Star Music to meet Sam’s family and head to the villa we were staying in.
The next day we got up early for a swim, and then headed to Magic Kingdom, where we saw the Trolley Show, and then me and Sam went on It’s A Small World, went to meet Peter Pan and get a Peter Pan Float before we went on Peter Pan’s Flight. After we’d been on that, we watched Philharmagic and went for lunch, and then it was parade time. The parade was delightful and I had the biggest smile on my face the whole way through. We then went on Splash Mountain and the Haunted Mansion, and watched Mickey’s Royal Friendship Faire. We also did the Move it, Shake it street party, went on Pirates, ate a Dole whip and went on the Barnstormer. We ended the day with Happily Ever After, and a meal at Denny’s, and then we basically collapsed into bed. 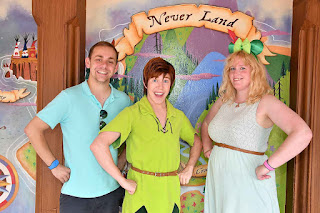