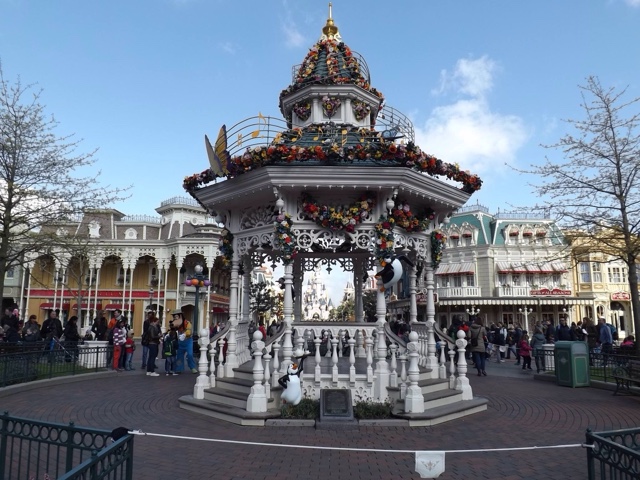 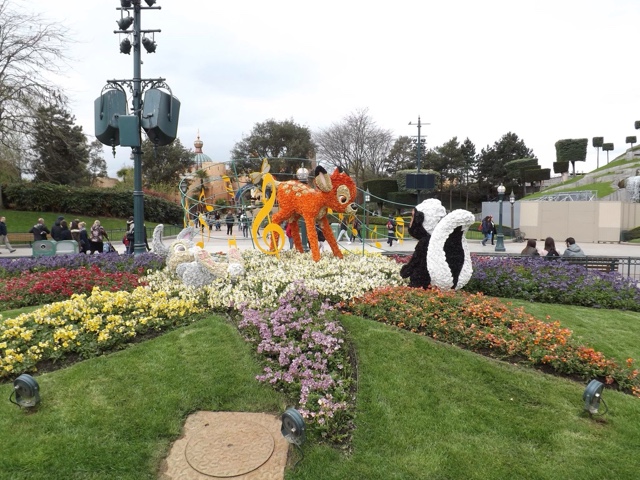 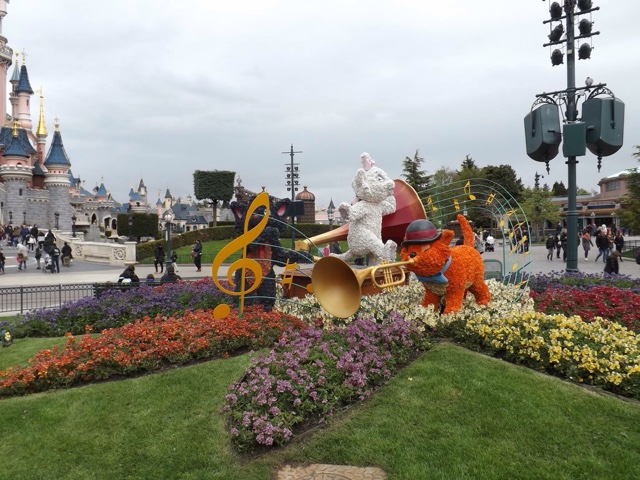 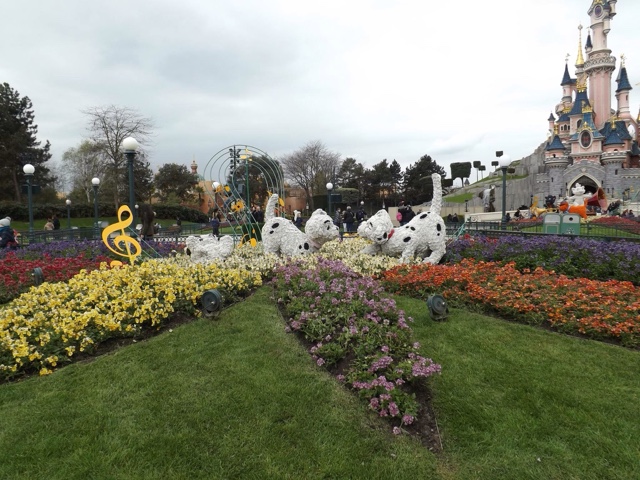 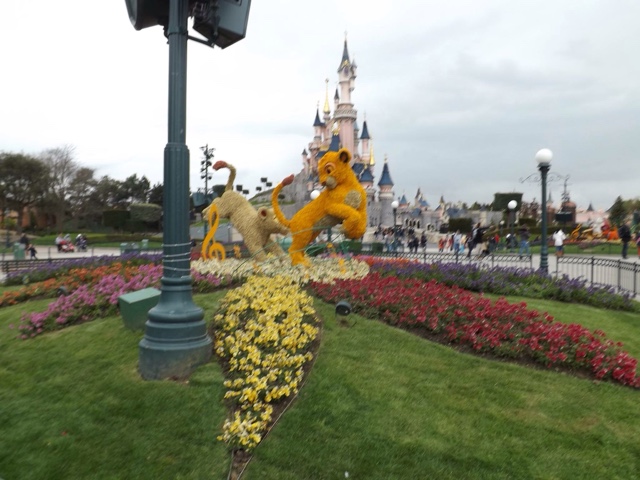 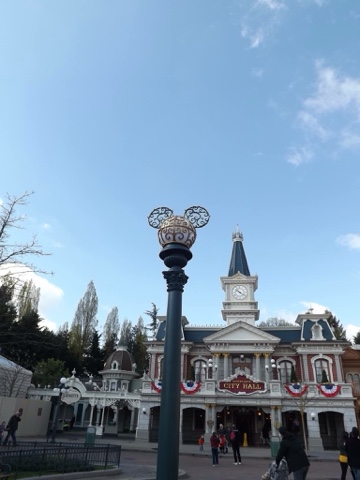 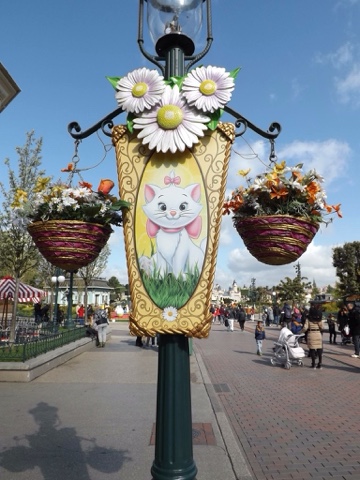 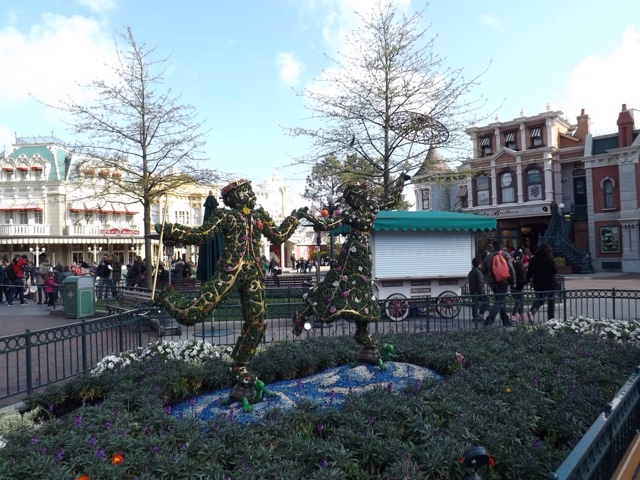 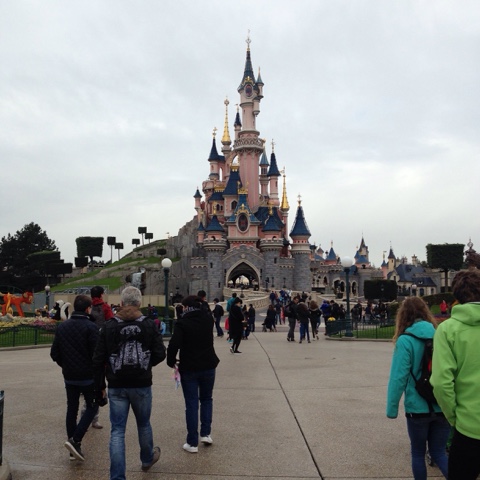 If there are two things I could say I love more than anything, ever, it's Disneyland Paris and Spring. So, when the two are put together, I think it's pretty safe today I am besotted. I've been admiring Swing into Spring from afar for years, so I knew I had to go this year. I was actually going to drag Lee along with me this month, but when an opportunity to join lots of other bloggers/youtubers/tweeters there instead came along, I decided to throw caution to the wind and go then instead. As usual, I took loads and loads of photos, so I'm going to split this trip in to two posts, day one and day two.

I got to Disney super early on the first day, so I wandered around the Village for a while taking my first ever trip in to World of Disney (I know!) to get an autograph book. I know, at 27 I am probably too old for an autograph book, but I don't care. I then headed to the park for rope drop, and headed straight for the Princess Pavillion, which I discovered was a huge mistake, as I queued for two hours. I spent the whole queue time hoping for Aurora, and when I finally got in and it was her, I almost cried! Not even joking, I was so happy. I then headed over to meet Alice in Wonderland, but she went off leaving the mad hatter and the rabbit just before I got to the front, so I left that queue and went to the Peter Pan queue. I got to meet Peter, and he kept calling me a lost girl. It was an amazing meet. I then went on It's A Small World, and then got some food whilst I waited for Sammy, Ellie and Mallory to arrive, watching Minnie's Spring Train twice in the meantime. 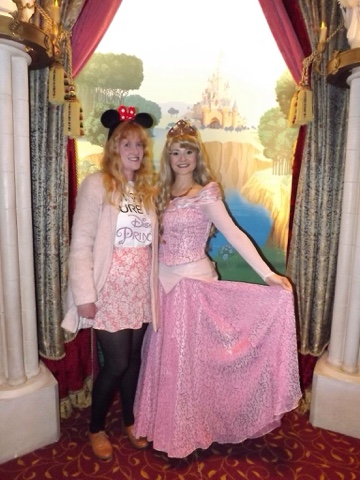 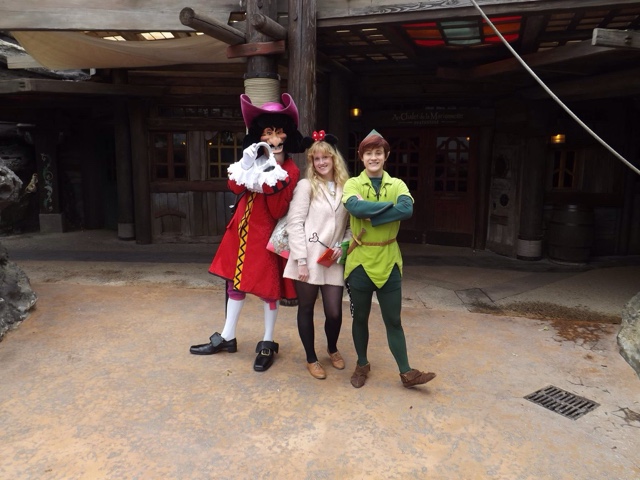 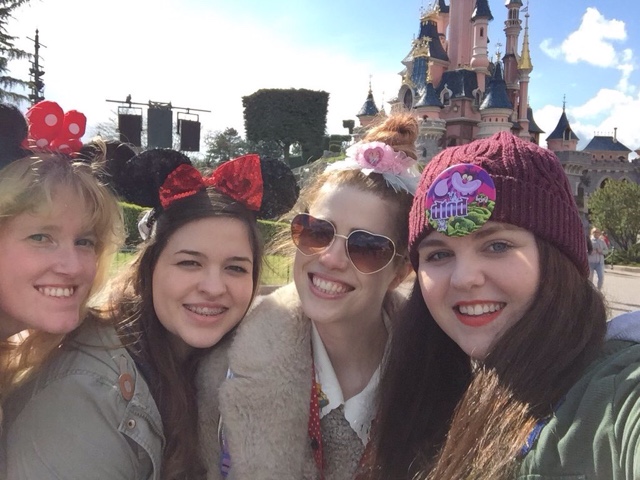 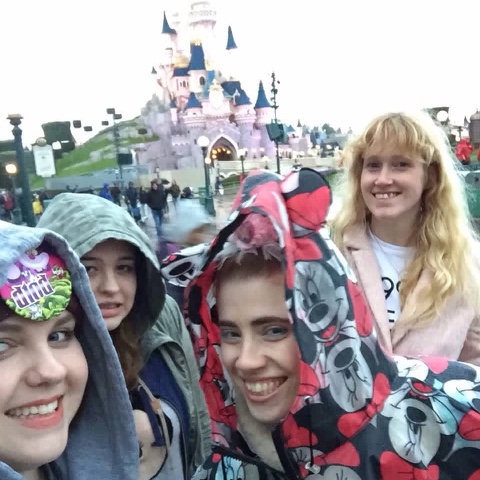 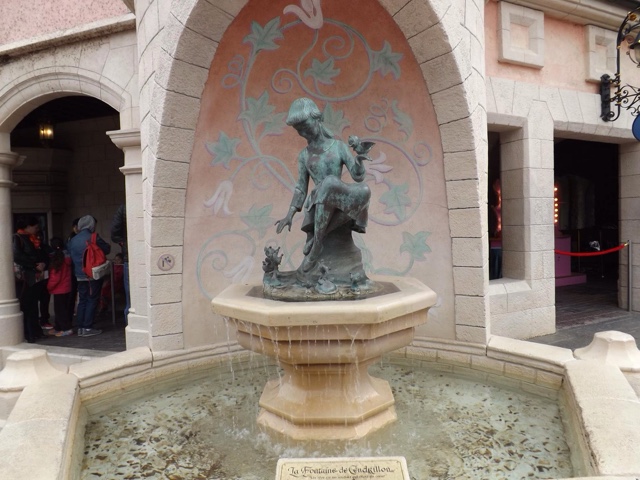 When the others arrived, it was time to go and get annual passes, which I was extremely excited for. We then watched Magic on Parade, and rode on Casey Jr, Indiana Jones, Space Mountain, Pinocchio, Snow White and the Carousel, and also met up with Lizi and her friends to go on Pirates of the Caribbean. Me and Ellie watched Forest of Enchantment, we ate in Cafe Hyperion, browsed in the shops (where I bought the 2016 pin I've wanted since January) and had amazing hot chocolates before the others went back to their hotel (they'd been travelling for a lot of the day) and I watched Dreams. After bawling my way through that, I waited so I could be the last one on Main Street and I actually did it! I was the actual last one there other than the CMs. I then headed to the Kyriad for some well-needed sleep ready for day two. 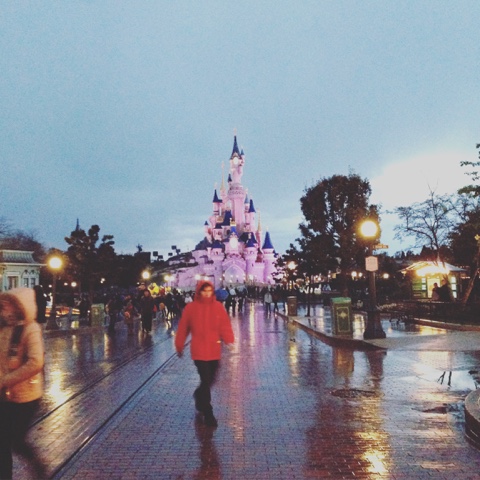 You can see my vlog from Day one here, stay tuned for day two, coming very soon.